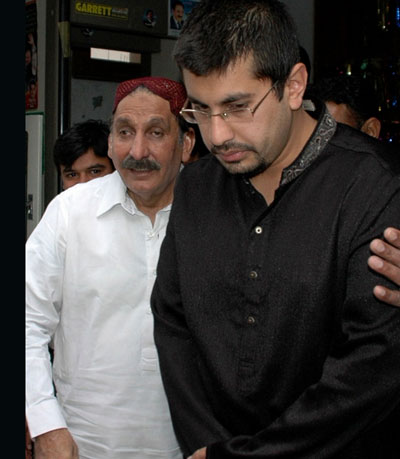 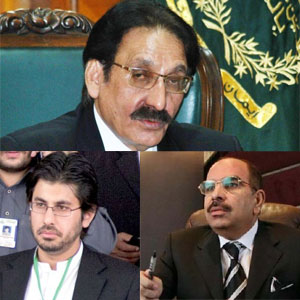 Anyone who dares to critisize this appointment is an opponent of Noora Democracy! Noora Democracy is a particular Pakistani brand of Democracy that revolves around the ideological family of General Zia ul Haq Shaheed. For Noora Democracy, any criticism is like Kryptonite. So, to the Non-Jang/GEO media: SHUT UP! Or PCO Judges will gag you.

In other related News, the biggest Danger to Noora Democracy, the Terrorists of Minhaj ul Quran have been “neutralized”. Congratulations to Good Liberals on identifying the threat from the Anti-Taliban faction lead by Tahir ul Qadri. We need Good Liberals to continuously connect Mumtaz Qadri to Tahir ul Qadri but to deliberately ignore and obfuscate that the Blasphemy Law was passed by Nawaz Sharif. Shahbash
The Mullah Omar Weekly called the MuQ faction as the most deadly terrorist force in Pakistan after the LoL Brigade (Google Lyari o Larkana Brigade) and the Al Zulfiqar Faction of the 1970s. The Yazeed Group recently highlighted the stockpile of Qurans and State of the art 3×4 bricks weaponary current in possession of the TuQ “militias”.

The Ludhainvi Malik Ishaq “Peace” Movement (aka ASWJ-LeJ) who also supported the “embattled” Lahore police in its latest “standoff” with the TuQ militias, has highlighted the TuQ as the most deadly anti-Taliban movement in Pakistan, followed closely by the SIC-MWM lead Sunni-Shia-Christain- Hindu -Sikh alliance under the “Shuhda Conference. Similarly, the DPC “Peace Corps” has also come out against TuQ.

We must all join hands in protecting Noora Democracy from the vicious barbs of Tahir ul Qadri Canadvi. The idea of mass peaceful protests is anathema to the Fragile Noora Democracy which only has the Judges in its pockets and the media and Police in its payroll and the Jeffersonian Monarchal Democracy of Saudia Arabia as its primary backer.

To all Good Liberals, please lets hold hands and lets back our Police and Judges in squashing dissent. For Dissent is against the spirit of Good Liberalism and Noora Democracy

MD : Did you noticed the latest revelation coming from Pakistani media? Lawyers movement was actually funded by ISI, says former Dy attorny Gen of Pakistan in an interview to Matiullah Jan.

SRAMH to MD : as per some analysis that makes a lot of sense, the “anti-establishement” Lawyer’s movement was supported by then D G ISI General Kiyani who went on to replace General Musharaf as the COAS. the movement not only weakened Musharaf but also the efforts to hold elections and allow Benazir to stand in planned elections. The Lawyer’s movement opposed the 2008 elections that finally got rid of Musharaf the Constittutional way. The funding of the Lawyer’s movement was allegedly done by the “anti-establishment” Nawaz Sharif who was the biggest beneficiary of this movement and now has Pakistan’s Judiciary pretty much in his pockets. The street power was mostly supplied by the Jamaat Islami, Sipah Sahaba, deluded civil society aka Honda Civic Society, Good Liberals, Tonga Commies and some activists who genuinely regretted being used in this movement.

MD : well, as I said, Dy attorney said it on record and claimed, he made cases against major media personalities and ISI facilitated all this both with finances and material. Kiyani was heading it, so he had to be involved. But then…thats Pakistan for you….wheels within wheels.

SRAMH to MD : on whose pressure do you think that PCO Chaudhary was finally reinstated in 2009? It was none other than General Kiyani who had become COAS by then. The “anti-Establishment” “Democrat” Nawaz Sharif and Good Army General Kiyani used the Judiciary to free the most dangerous Deobandi and Salafi terrorists (including Hafiz Saeed) and to concoct politically motivated cases against a leading Sunni Barelvi leader, Hamid Saeed Kazmi. Hamid Saeed Kazmi was appointed to a top post in the cabinet of Yousuf Raza Gillani and was part of the effort to reduce the influence of the powerful Deobandi clerical establishment from which the Taliban, ASWJ-LeJ and JeM are drawn. The Judiciary, based on the spurious “evidence” of a pro Taliban Lota (turncoat) politician (Azam Swati) had Hamid Saeed Kazmi thrown in jail.

In fact, the “anti-establishment” Nawaz Sharif was the first one who barged into the Supreme Court, unhindedred to launch a Pro-Army Petition against his political rivals. The petition was promptly accepted by the Judiciary. You must have read about this under “Memogate”. The same Nawaz Sharif and Judiciary are regularly valourised and praised by many of Pakistan’s Good Liberals