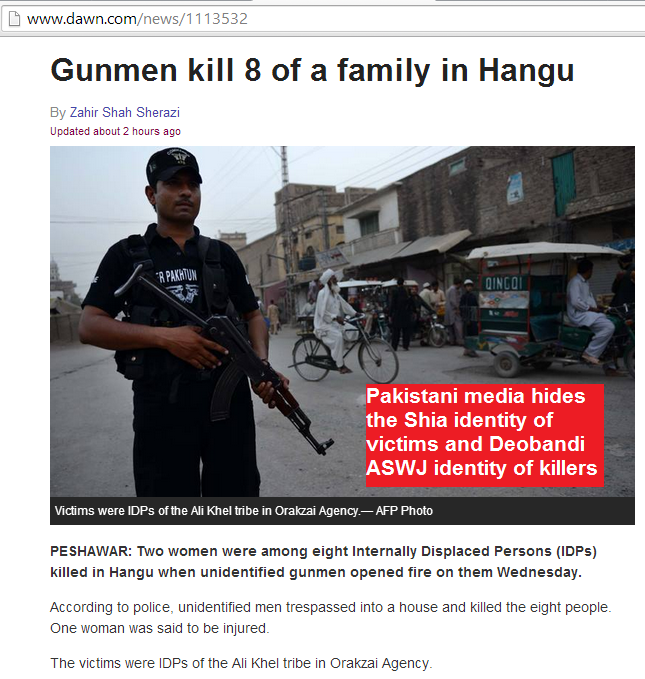 Why are Pashtuns silent on massacre of 8 Shia Pashtun IDPs of Orakzai Agency by Deobandi ASWJ terrorists. Is there no Ghairat (honour) left?

Since the Operation ZarbeAzb began, 6 army men and 8 Pashtun Shias have been killed by Deobandi ASWJ -TTP terrorists while 8 Sunni Barelvis killed by the pro-ASWJ PMLN in Lahore.

An entire family, of eight Pashtun Shias, gets killed in Kohat and little or no mention of Shia motive of killings by Deobandis is made in both social and electronic media in Pakistan. Shame!

8 internally displaced of a family from Kurram Agency, #Fata,Women & Children gunned down by unidentified men in Hangu. #Shiakillings 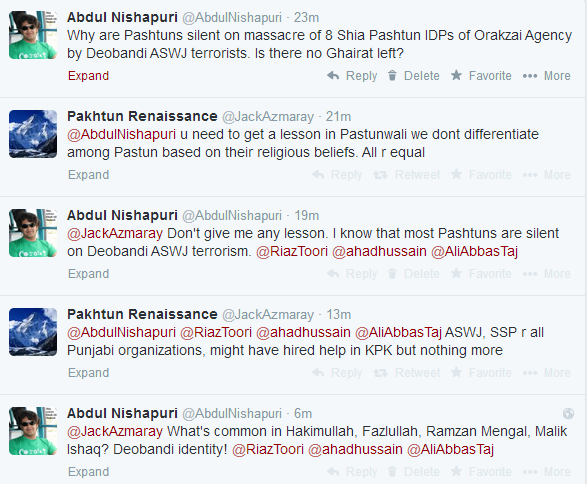 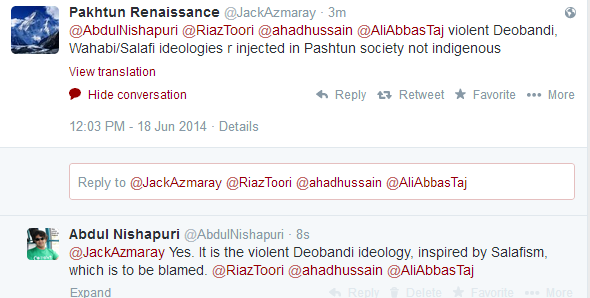 Postscript: How many of those Pashtuns and non-Pashtuns who are currently providing exaggerated accounts of “Pakistan army’s brutality against innocent Pashtuns in North Wazristan” raised voice over massacre of more than 40 innocent Pashtuns in Taftan by Deobandi ASWJ terrorists a few days ago?