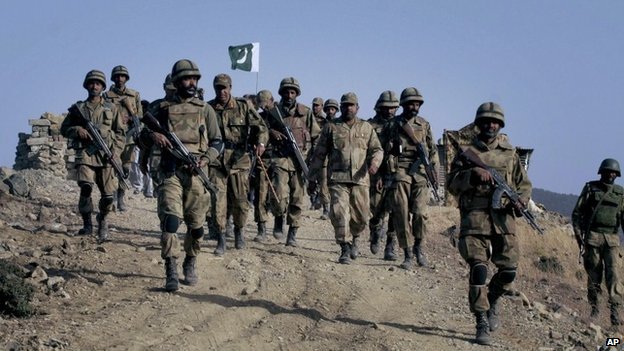 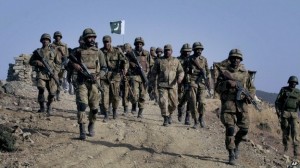 Pakistan’s military operation to clear al-Qaeda and Taliban militants from its side of the Afghan border has long been demanded by Kabul and Washington.

Troops are now on alert in Pakistan’s towns and cities after Prime Minister Nawaz Sharif approved the offensive in North Waziristan.

A military statement quoting army chief Gen Raheel Sharif said it was aimed at eliminating “all terrorists and their sanctuaries” in the tribal area.

But there are questions which will be answered only as the operation unfolds.

For one, the military has only been conducting air raids in the region so far, and there is no evidence yet of any boots on the ground.

And, the air raids have targeted only Central Asian fighters and Pakistani Taliban (TTP), both known for their animosity towards Pakistan. 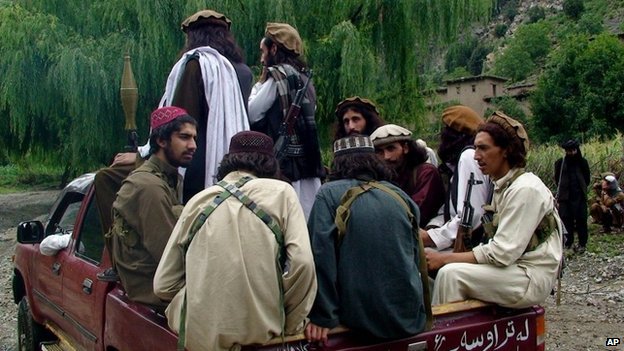 The question is, will there be strikes against the feared Haqqani network and two militant groups native to Waziristan which have thus far mainly focused attacks on Afghanistan?

One of these, the Hafiz Gul Bahadur group, controls North Waziristan, and has played host not only to the Haqqani network and the TTP franchise, but also to militants from the Middle East, Central Asia and parts of Pakistan.

The Mullah Nazir group – named after its commander who was killed in a US drone strike last year – controls the Wana region of South Waziristan, and has like the Hafiz Gul Bahadur group focused its energies on Afghanistan.

Both have had peace deals with Islamabad, but Hafiz Gul Bahadur recently threatened to revoke the agreement if Pakistan continued to bomb targets in his region.

There is also a question mark over a recent move by Pakistan to pull out guards from a section of Waziristan’s border with Afghanistan’s Khost province, leaving it unmanned for nearly two weeks.

Officials in Miranshah, the administrative centre of North Waziristan, say most foreign fighters have since slipped into Afghanistan, as have tribal elements affiliated with the TTP.

Considering these early developments, the emerging picture appears to be one of restrained military action aimed at driving undesired elements over the border into Afghanistan without greatly upsetting the “friendly” groups or the “civilian population”, as local officials put it.

Those that are being driven out are likely to regroup and create alternative sanctuaries in Khost, just as the militants already driven from the Swat, Bajaur and Mohmand regions of Pakistan’s tribal areas set up sanctuaries in Kunar and Nuristan provinces of Afghanistan.

The difference is that while those in Kunar and Nuristan are hindered by geography from launching major attacks in Afghanistan – and have therefore been more focused on Pakistan – the elements who gather in Khost will have Kabul within their striking distance.

Analysts close to the Pakistani military establishment accuse the militant groups in Kunar and Nuristan of having become “foreign proxies”, used by Afghanistan, India and even the US to punish Pakistan for supporting the Haqqani network and the Quetta Shura, as the Afghan Taliban leadership is known. 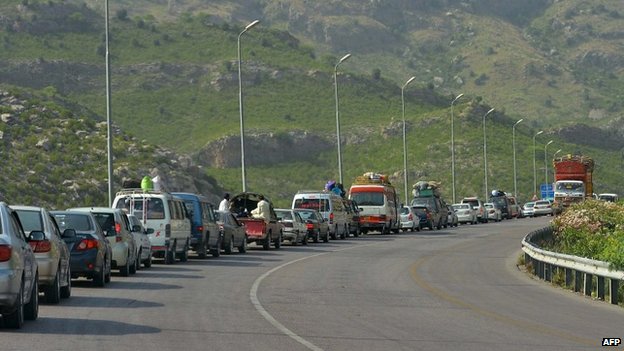 Thousands of civilians are fleeing Waziristan for safety

Many believe that a sanctuary in Khost is likely to become more Afghanistan focused, although some elements there, too, wouldn’t mind being used against Pakistan.

This leaves us with the so-called friendly groups, who are natives of the Waziristan region, have had peace deals with Islamabad, and have hosted and nourished the wider militant fraternity that today stalks the entire Afghan-Pakistan region.

This proliferation of Taliban is credited by many to a Pakistani policy – denied by Islamabad – of arming and encouraging the Taliban to capture Kabul so as to prevent its arch-rival, India, from expanding its influence in Afghanistan.

But since this fraternity started to breed groups that turned on Pakistan, analysts say the Pakistanis would now like to secure their border with Afghanistan so as to prevent a reverse flow of these “foreign proxies” into its territory. The current operation is to achieve that goal, they say.

It is still not clear why Pakistan seems to be holding back on the Haqqani network and the Waziristan groups.

Some analysts who are close to the military suggest that these groups may still come in handy if Pakistan decides to keep parts of Afghanistan unsettled until its fears of Indian ascendancy in Kabul are put to rest.

But most are unanimous that Pakistan does not want a total Taliban victory in Kabul any more, because in the changed circumstances Pakistan would be the first country where they would try to export their ideology.

To succeed at this tricky game of realpolitik, Pakistan will need to hold sensitive negotiations with the native groups.

Both these groups would like to remain in control of their territory, and if given a chance, would like to make Waziristan part of an extended Taliban sanctuary that includes southern and eastern Afghanistan.

Since the Pakistan-Afghanistan border is officially disputed by Kabul, there is a real danger of these groups striking a deal with Kabul to create problems for Pakistan.

Backing disaffected Waziri tribesmen against Pakistan might be seen by Kabul as a way of getting back at Islamabad.

After all, it’s unlikely to welcome thousands of militants being dumped on its territory by its larger and more powerful neighbour.

Pakistan will therefore be treading a very fine line when it negotiates any power-sharing deal with these groups.