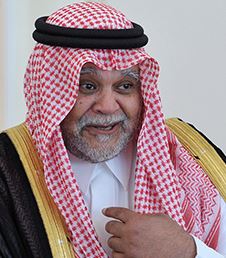 nsnbc , – On Monday a female suicide bomber from the Northern Caucasus region of Russia, killed six and injured scores, when she detonated explosives in a bus in the city of Volgograd. The suicide bombing created widespread fear of using public transport.

During a visit to the predominantly Muslim Bashkortostan region of Russia, Putin stressed the Russian government´s concerns over ethnic or religious tensions which could threaten the unity of the Russian Federation. The suicide attack in Volgograd struck only four and a half months before the opening of the 22nd Olympic Winter Games in Sochi on 7 February 2014. Putin said:

“Some political forces use Islam, the radical currents within it … to weaken our state and create conflicts on Russian soil that can be managed from abroad … Tensions between the West and the Islamic world are rising today, and someone is trying to gamble on that by pouring fuel on the fire.”

Putin did not explicitly mention any country but the Russian President has previously accused the USA and Saudi Arabia for using state-sponsored terrorism, among others, in Syria.

It is noteworthy that the suicide bombing in Volgograd was carried out less than two months after the Saudi Intelligence Chief made a thinly veiled terror threat against Russia during a meeting with Putin in Moscow.

A special report, published in nsnbc international, that places the direct political and command responsibility for the chemical weapons attack in East Ghouta on 21 August with Top-Officials in the White House, the Pentagon, the CIA and the Saudi Interior Ministry states:

On 2 August Prince Bandar met Russia´s President Vladimir Putin at the Kremlin. Putin and Bandar spoke, among others, about the chemical weapons attack in Eastern Ghouta and the future of Syria´s President, Bashar al-Assad.

Bandar tried to bribe Putin with weapons and oil deals in order to gain the Russian President´s support for ousting the Assad government. Bandar supposed that the Syrian government should be replaced with the Saudi-backed and sponsored opposition.

Bandar guaranteed that Russia´s interests in Syria would be preserved by this Saudi-backed government if Russia supported the regime change. While Bandar attempted to gain Putin as a potential ally for regime change in Syria, he also delivered a thinly veiled threat, saying among others:

“I can give you a guarantee to protect the Winter Olympics in the city of Sochi on the Black Sea next year. The Chechen groups that threaten the security of the games are controlled by us, and they will not move in the direction of the Syrian territory without coordinating with us. These groups don´t scare us. We use them in the face of the Syrian regime but they will have no role or influence in Syria´s political future”.

Putin rejected the Saudi “bribe and threat” attempt, saying that Russia was aware of that Saudi Arabia had financed Chechen terrorists for the last ten years. It was Putin´s rejection that prompted Banda´s thinly veiled threat against the 22nd Olympic Winter Games in Sochi.

U.S. President Obama and Putin should have discussed Syria and the threat of the spread of international terrorism to the Caucasus at the sidelines of the APEC meeting in Bali, Indonesia, on 7 October. Obama cancelled the meeting, citing domestic financial problems as the reason for the cancellation. On 5 October, after Obama´s cancellation was announced, nsnbc international published an article on the subject, stating:

The Russian Foreign Ministry stressed, that Russia had warned of just such a scenario resulting from the developments in Syria. The Ministry noted, that extremist terrorist and jihadist groups within the armed opposition control the majority of the support that is provided to the militants, including weapons.

The Ministry stressed, that this accentuates the importance of the content of the closing statement of the G8 Summit, particularly regarding calling on the Syrian government and the opposition to work to expel terrorists or eliminate them.

The article also quotes the Chief of the Russian Drug Control Agency on the issue:

The Chief of the Russian Federal Drug Control Service, Victor Ivanov, has warned that insurgents from Syria could begin infiltrating the Caucasus region. On Friday, Ivanov said:

“Aside from the obvious process of rapid destabilization of the entire region, it is necessary to carefully analyze the vector of expected redeployment of foreign mercenaries from Syria overhanging the Caucasus, which is only 600 kilometers away. … Our experts are predicting that foreign mercenaries in Syria, who have been structured into paramilitary groups competing with each other, will be out of the running in the near future and will swarm toward the Caucasus”.

Although it has been widely known but consequently omitted in western mainstream media, Saudi Arabia is one of the main state-sponsors of radical Islamist terrorist organizations and mercenary corps.

Regardless whether there can or cannot be established a direct causative link between Saudi state-sponsorship of and command control over Islamist militants in Russia and the suicide bomb in Volgograd, the terrorist attack, coming after thinly veiled Saudi threats and only four months before the start of the 2014 Winter Olympics underline the importance of countering so-called Al-Qaeda terrorism in the Caucasus; be it with or without the help of “Russia´s Western Partners”.