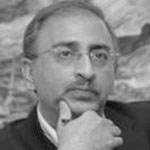 Fact 4: The fourth suicide attack in Pakistan took place on December 25, 2003. The attack killed 15 and injured 46 in the Jhanda Chichi area of Rawalpindi.

Fact 6: In 2000, there were 14 bomb blasts in Karachi, Sialkot, Hyderabad, Torkham, Lahore, Quetta and Islamabad (among other cities).

Fact 7: In 2001, there were 62 bomb blasts in Lahore, Gilgit, Sialkot, Rawalpindi, Peshawar, Gujrat, Muridke,Gujranwala and Karachi (among other cities).

Fact 8: In 2002, there were 35 bomb blasts in Islamabad, Abbottabad, Lahore, Taxila, Sialkot, Karachi, Haripur and Sahiwal (among other cities)

Fact 9: In 2003, there were 41 bomb blasts in Karachi, Sukkur, Hyderabad, Jhang, D I Khan, Jacobabad and Rawalpindi(among other cities).

Conclusion: There were close to 200 bomb blasts prior to the first drone attack. Bomb blasts came first and then came drones. Obviously, drone attacks are not the cause behind bomb blasts.

Consider this: In January 2011, Gallup Pakistan carried out a survey of a nationally representative sample of 2,754 men and women in rural and urban areas of all four provinces of Pakistan. They were asked the following question: “In your opinion which is the biggest problem currently faced by Pakistan?”

Conclusion: For 92 percent of all Pakistanis drone attacks are not the “biggest problem currently faced by Pakistan (http://gallup.com.pk/Polls/27-01-11.pdf).”

These are all facts while almost all other drone-related figures on casualties have little or no authenticity because there is absolutely no state writ in areas where drones are falling.

Why don’t we then lodge an official petition? What if the US claims Pakistan’s ‘consent’, the only other condition under which a member-state of the UN can use military force against another member-state?

Conclusion: The issue of drone attacks is not a black-and-white issue.

The writer is a columnist based in Islamabad. Email: farrukh15@hotmail.com. Twitter: @saleemfarrukh

Click here to post a comment
Takfiri militants in Syria have taken iconoclasm to new depths: With shrines, statues and even a tree destroyed – but to what end? – by Robert Fisk
Dawn newspaper’s report on Deobandi madressahs and the tide of sectarian hatred in Pakistan