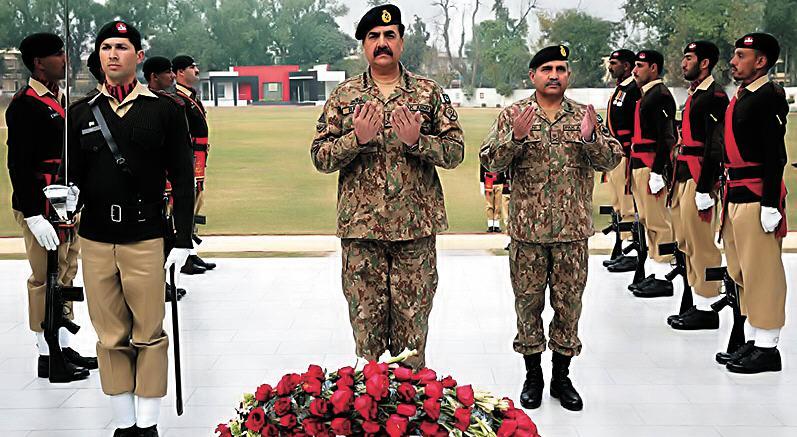 The Pakistani military claimed it killed 23 “militants” in the town of Mir Ali in the Taliban controlled tribal agency of North Waziristan, two days after a Deobandi suicide bomber attacked a checkpoint there. The Movement of the Taliban ((TTP, a banned outfit of Deobandi militants) in Pakistan and the Ansar al Aseer denied that their fighters were killed, and claimed the Pakistani military carried out a “massacre” of civilians in reprisal for the suicide attack.

The fighting began after a Deobandi suicide bomber killed five soldiers and wounded 34 more at a checkpoint in the Mir Ali area on Dec. 17. The Pakistani military said the soldiers were praying at a mosque when the suicide bomber rammed a truck packed with explosives into the checkpoint.

The Ansar al Aseer Khorasan, or Helpers of the Prisoners, a group that includes members from the Islamic Movement of Uzbekistan and the Taliban and was founded to free jihadists from Pakistani prisons, claimed credit for the attack in a statement emailed to The Long War Journal

“A Fidai [fedayeen] (also term by western media suicide bomber) struck his explosive laden truck with Khajoree check post of Pakistan army, killing almost every one there or injured, and vanishing the post completely, [sic]” the statement said.

Two days after the suicide attack, the Pakistani military claimed it killed “23 militants” after an army convoy was ambushed on Dec. 18 while evacuating casualties from the suicide attack. The military, in a statement released on its public affairs website, said it killed “10 more terrorists, reportedly most of them were Uzbek,” during a follow-up raid on an IED factory in the Mir Ali area on Dec. 19.

Ansar al Aseer denied that fighters were killed, and instead claimed that “the Army camp in Mir Ali started shelling the local innocent population of villages nearby,” while “fleet of Gunship helicopters” were “used to shell local villagers, resulting in heavy causalities of men, women and children.” Ansar al Aseer also claimed that Pakistani soldiers executed a group of truck drivers in the village of Eppi in the Mir Ali area.

The Movement of the Taliban in Pakistan also sent photos to The Long War Journal purporting to show destruction of the bazaar and other areas in Mir Ali and nearby villages. The claims made by Ansar al Aseer and the validity of the Movement of the Taliban in Pakistan’s photographs cannot be confirmed. Residents in the area have also claimed that the Pakistani military killed civilians, according to Pakistani press reports.

It may be recalled that Deobandi terrorists (TTP, ASWJ, LeJ etc) have killed thousands of Pakistanis of diverse faiths (Sunni, Shia, Ahmadi, Christian etc) in the last few years in Pakistan.

According to Taliban source, the Pakistani military has indiscriminately used force during military operations in the past, and has summarily executed individuals suspected of belonging to the Taliban. Civilians in Swat and Bajaur accused the military of conducting scorched earth tactics during operations, while soldiers in Swat were caught on video killing suspected Taliban fighters.

For years, the Pakistani military has promised the West that it would launch an offensive in North Waziristan to clear the tribal agency of the Taliban and al Qaeda, however it has failed to do so. Groups such as the Haqqani Network and Hafiz Gul Bahadar’s Taliban faction, operate in North Waziristan, and are considered “good Taliban” by Pakistan’s military and intelligence establishment as they do not openly support jihad against the state. But the Haqqanis and Bahadar fight in Afghanistan, and shelter and support al Qaeda, the Movement of the Taliban in Pakistan, and a host of terror groups that attack the Pakistani state and promote international jihad.