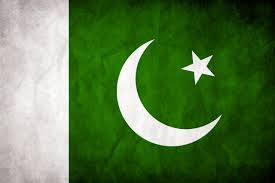 The following are the results from a recent poll and I quote,

“LONDON – Pakistanis have been ranked the fourth most intelligent people across the world in a globally-held survey. “Pakistanis are equal to the people of developed and industrialised countries when it comes to intelligence,” the survey report said. The poll was organised by the Institute of European Business Administration in 125 countries. The survey quantifies various aspects of brilliance and intellectual work in the nations of the surveyed countries. “Pakistanis outshine in the field of intelligence despite a dearth of required resources and opportunities,” the poll inferred.”

The first part of this story is how it was narrated to me by my father. The year was 1947. India Pakistan partition had just taken place, and my father who was the eldest of the siblings in the family had a task on hand. In the midst of senseless and rampant killing going on both sides of the border targeting one of the biggest human migration history has witnessed, he had to move his family from Jullundur India to Lahore Pakistan, and to do it safely. The family consisted of his aging and sick parents and younger siblings.

A large truck was acquired to accomplish this feat. The family with all their worldly possessions were loaded up. Father stood on a high platform watching guard with a gun in his hand. He placed the gun strategically with the barrel emerging from under a raincoat clearly visible and as a deterrent.

On the way to Lahore, they passed violent mobs and insane scenes of blood and gory which I would rather take a pass on describing. Their truck with father at watch with his gun at ready was understandably left alone to arrive safely in Lahore and for me to be able to write about this decades later.

I witnessed the second part of this story. I was there. It was some year in the 1980s. As a young man and pursuing my family passion I was big into hunting. At any given opportunity and especially the weekends, our party of friends and family would venture out in several different areas around Lahore to enjoy the outdoors and the sport.

This was a night hunt for wild boars around the BRB canals near Lahore, Pakistan. We were in an open Willys Jeep. An open Jeep means that the soft top cover has been removed, and the front screen is laid down on the bonnet. This gives the hunters easy access to see and hunt game.

It had to be a fall evening as I remember feeling a little chilly. We were on the mud road by the canal heading deeper into the woods. The canal was to our right and the open crop fields with interspersed patches of tall brown grass to our left. We were probably 6-8 people that night and with a variety of weapons including shotguns, rifles and pistols and ready for action. I sat in one of the rear seats behind the driver.

We were cruising at a slow speed approximately 15 mph. One person in the back was standing and shining a spotlight looking for game. From the corner of my eye, I remember seeing a faint figure of a man in khaki shalwar kameez, the traditional Pakistani dress, along the side of the road some hundred yards up front. This man then jumped right in front of us on to the mud road and started walking towards the jeep. We could see him clearly in our lights while he had to be blinded looking into them. As we slowed down, the man brought up his hands, shouldering his rifle and aiming straight at us. He then yelled in a loud and clear voice, “Halt.”

We did stop. The standoff continued for a few tense moments. With a crisp, confident and clear voice the man asked who we were. My uncle in the front seat replied with our identity and purpose. After what felt like an eternity the man dropped his arms and lowered his weapon. He then walked up to the jeep and by now being comfortable with our identity, introduced himself as an on duty Ranger, a paramilitary force in Pakistan, on his regular nightly patrol.

Fast forward to 2013. I was in Pakistan for a family wedding. One of my class fellows and a good friend is the head of the department of cardiac surgery at a local government teaching hospital. He invited me to come and spend some time in their department over a couple of days, and I gladly obliged. It was an eye opener. They are doing off pump, complete arterial graft cardiac bypass surgeries. In plain english, it means the state of the art work.

These three stories are decades apart and span the life of Pakistan. What is the common link and my point in bringing them up?

The cardiac surgery team is producing state of the art work with meager resources, the bare minimum, available to them.

All that Ranger’s Jawan had on him for a weapon that night was a stick which he simulated as a gun to perform his duty in challenging and checking on a jeep load full of hunters with a variety of loaded weapons.

Father had no gun on him for that move during partition. He crossed the killing fields and delivered his family safely with the metal end of a folded umbrella drawn out of a rain coat and feigning as a rifle.

What all these people have in common is the minimum of resources, but the abundance of ingenuity, self belief and confidence and the will to take on the world against all odds. All these people are true patriots and my heroes, and I know there are many more like them.

It has to be Pakistan Zindabad all the way.