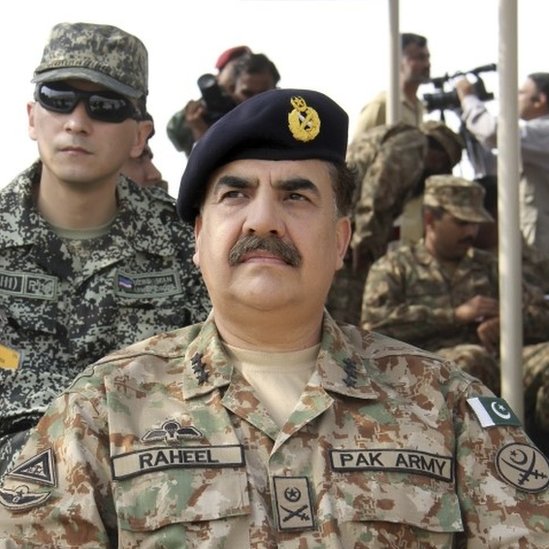 On behalf of the Let Us Build Pakistan (LUBP) team, please accept our congratulations and best wishes on your appointment as Chief of Army Staff (COAS). In past, while LUBP has appreciated sacrifices of Pakistan army in war against Takfiri Khawarij terrorists (Taliban, Lashkar-e-Jhangvi, Sipah Sahaba etc), we have also criticized army generals on their ambivalent approach to Jihadist-sectarian terrorists groups. However, this letter is about a vision of the future and to set a bright, dignified and prosperous course for Pakistan.

Your elevation to COAS Pakistan comes at a critical juncture. The country is disoriented and confused due to the vile and malicious propaganda of pro-Taliban apologists like Imran Khan of PTI and Munawar Hasan of Jamaat Islami. More than 50,000 Pakistani civilians and soldiers have been massacred by the Taliban and their local affiliates like banned Deobandi terrorist outfit Sipah-e-Sahaba (ASWJ), LeJ etc. Yet the Jamaat-e-Islami and Imran Khan reserve their outrage for the deaths of mass murdering terrorists like Hakeemullah Meshud of TTP. It has come to the point where our army jawans who gave up their lives fighting the Taliban are being denied their Shaheed status by these apologists of enemies of Pakistan.

To save the army and to save Pakistan, the only course of action is to come out openly against the Taliban and their LeJ-ASWJ partners. We know that PTI, PML-N, JI and JUI openly sympathize with the mass murderers of our civilians and army soldiers. We know that PPP, ANP and MQM have miserably failed in the past years to protect innocent Pakistanis of all faiths and sects from Takfiri terrorists of TTP, ASWJ-LeJ etc.

Sir Sharif: We urge you to announce a clear, comprehensive war against the enemies of Pakistan, namely TTP, ASWJ-LeJ, other Jihadist-sectarian terrorists. Entire Pakistan including Sunni, Shia, Ahmadi, Christian, Hindu etc will stand by you and Pakistan army to save our dear country from these enemies of Islam, Pakistan and humanity, who are not only killing Sunni, Shia, Ahmadi, Christian, Hindu etc but are also defaming Islam and Pakistan. At the very least, we expect that Pakistan government and army will strictly enforce ban on already banned terrorrist outfits namely Sipah-e-Sahaba (currently opnely operating as Ahle Sunnat Wal Jamaat ASWJ) and Taliban (TTP).

Given that Prime Minister Nawaz Sharif is clearly sympathetic to TTP terrorists, under Saudi influence, and has also forged political alliance with LeJ-ASWJ Takfiri Deobandi terrorists in various parts of the Punjab province, we have no other choice but to appeal to you to save innocent Pakistanis from the TTP-ASWJ-LeJ terrorists and their apologists and promoters in Pakistani media, politics and religious-sectarian circles.

We are hoping that the era of General Raheel Sharif could transform Pakistan from an insecure country that relied on the strategic depth of Takfkiri Deobandi and Wahhabi-Salafi Jihadists as the backbone of its defense to a proud and responsible nuclear power that does not need asymmetric warfare to ensure its survival. Only a general with two Nishan-e-Haiders in his family has the gravitas to lead the Pak Army to this new strategic vision.

This will be the legacy of Raheel Sharif and a bigger service to Pakistan than any Nishan e Haider recipient.