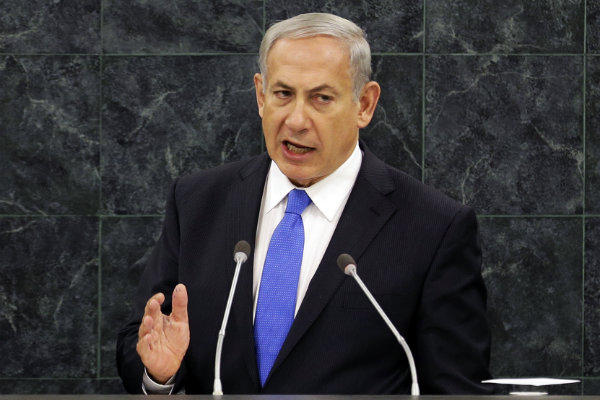 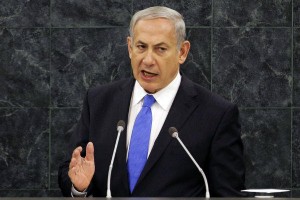 Cambridge, Mass. — Israeli Prime Minister Benjamin Netanyahu warns that this weekend’s nuclear deal with Iran increases Iran’s chances of building nuclear weapons. He’s exactly wrong – so much so that nuclear weapons advocates in Tehran are probably hoping that Israel and the Arab states of the Persian Gulf succeed in sabotaging the agreement.

Why? Because with this deal in place, it will be much harder for them to make their case that Iran should tear up its agreements and build a nuclear bomb. If the parties manage to reach a larger final agreement next year, the obstacles facing Iran’s bomb advocates might become nearly insuperable.

Up to this point, many in Iran – including Supreme Leader Ayatollah Ali Khamenei, according to some of his statements – have believed the nuclear issue is just a pretext for US determination to overthrow Iran’s Islamic regime. The constant tightening of sanctions and repeated threats of military force, in this view, were meant to undermine the Iranian government itself, and would not end if Iran agreed to constrain its nuclear efforts.

As Ayatollah Khamenei put it, “they claim that if the Iranian nation ignores its nuclear energy, the sanctions will be lifted. They are telling a lie.” Indeed, in the view of some in Tehran, such unrelenting threats and sanctions are central reasons why Iran needs a nuclear bomb.

But this deal undermines the Iranian hardliners’ arguments and constrains their options. The deal would roll back one of their important victories – the buildup of a substantial stock of 20 percent enriched uranium that could cut the time needed for a race to the bomb – and stop Iran from edging closer to a bomb capability while the deal lasts. More important, politically, the advocates of compromise in Tehran have shown they can deliver, producing an agreement that includes real benefits.

The sanctions relief in the deal is only a modest mitigation of the pain, leaving the banking and oil sanctions in place for now – but the benefits it offers are real, and it explicitly holds out the promise of lifting all nuclear-related sanctions if a larger comprehensive deal can be reached. That would be a critical boost to Iran’s sagging economy.

With this initial agreement in place and a final agreement in prospect, it will be extraordinarily difficult for Tehran’s bomb advocates to make the case that now was the time to abandon the path of compromise and go for a nuclear bomb. The initial compromise shows that the possibility of a reinvigorated economy resulting from nuclear restraint was not just a lie. The sense of imminent threat will surely be greatly reduced – taking away a critical element of the bomb advocates’ argument. And they will have to make the case for reversing a policy decision just taken – always a long row to hoe in any government.

If Iran reneges, it would be ripping up a deal not just with the United States and the Europeans, but with Russia and China as well, its only protectors on the UN Security Council – and the risk of even tougher sanctions or military action in response would be high.

If a final deal next year offered broad sanctions relief, there would then be a flow of benefits that would make it even more difficult to make the case for violating the agreements and moving toward building the bomb. Powerful players in Iran’s system would be making money on the new trading opportunities, and would not want their interests jeopardized.

The structure of a final agreement would include restraints and verification measures that would make it very difficult – certainly harder than it would be now – for Iran to race to the bomb without being detected in enough time for the international community to act.

This first-stage deal lifts only the corner of the sanctions curtain, and poses only a modest risk of a broader unraveling of sanctions. With the United States, Russia, China, and the European Union all working together, it should be possible to maintain a sanctions regime strong enough to give Iran strong incentives to agree to an effective final deal.

Of course, there is always the possibility that by holding out, the US could have squeezed Iran to accept a deal that would constrain their nuclear program even more. But we would run the risk of weakening Iran’s pro-compromise faction, who need to show that they can deliver. They needed something they could plausibly convince Khamenei to say “yes” to – and that’s not likely to be something that includes everything the United States or Israel would like to have.

Fifty years after the death of John F. Kennedy, we should remember the key lesson he drew from the Cuban Missile Crisis: Always leave your adversary a face-saving way to back down. When states are driven to accept deals they see as punitive and humiliating, they usually do not abide by them.

ONE MINUTE DEBATE: 3 views on what the US should do about Iran’s nuclear program

In short, this first-stage nuclear agreement with Iran will change the politics of nuclear weapons in Tehran, strengthening the advocates of compromise and undermining the nuclear hardliners. That is why those hardliners are likely secretly hoping that Mr. Netanyahu will succeed in killing the deal.

Matthew Bunn, a professor of practice at Harvard Kennedy School’s Belfer Center for Science and International Affairs, is a former adviser on nonproliferation in the White House Office of Science and Technology Policy.