The following tweets by Ahmad Noorani reiterate the ongoing struggle in the Pakistan media with regards to uncovering the false propaganda released by Deobandi terrorist organizations in the aftermath of the Rawalpindi incident. On the one hand, there are the Saudi financed, ISI sponsored Deobandi terrorist hate groups who have been caught red handed in peddling utter lies about the Rawalpindi incident. Then there is the mainstream media as well as some sections of alternate media that subcribes blame to both the victims (Shias) as well as the perpetrators.

Finally, there are emerging voices on this issue like Ahmed Noorani and even some BBC contributors who are carefully presenting the facts that show that the incident in Rawalpindi was pre-planned. 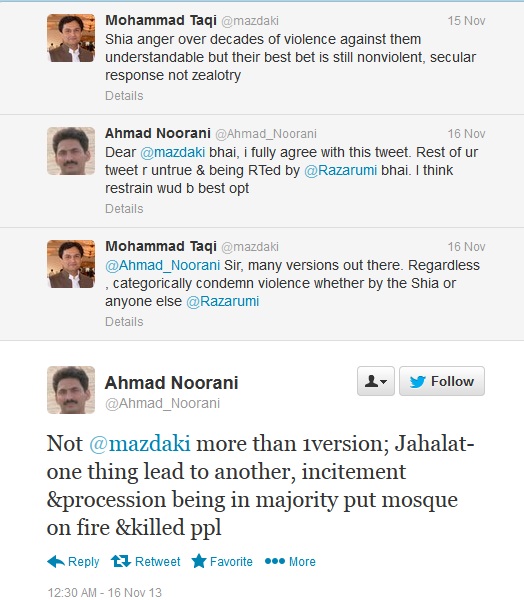 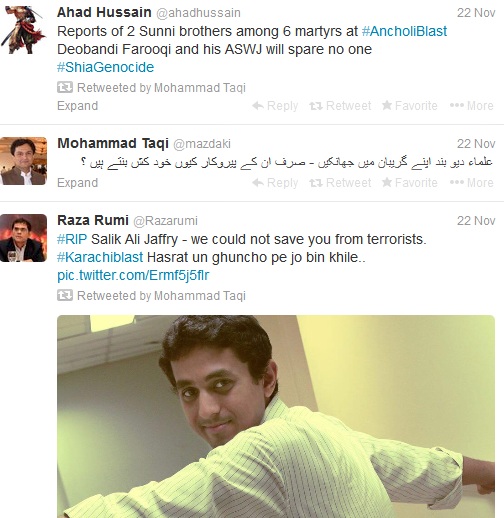 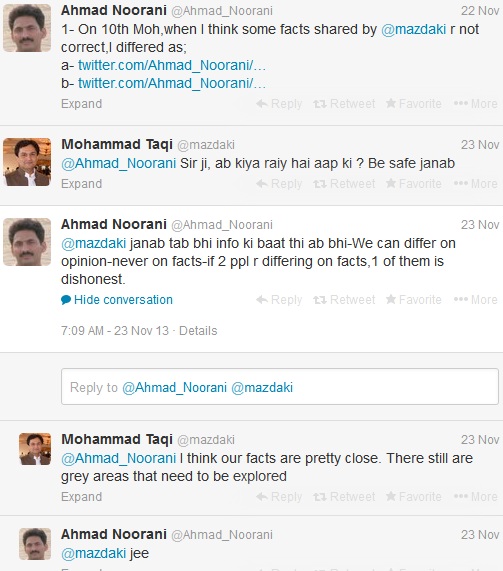 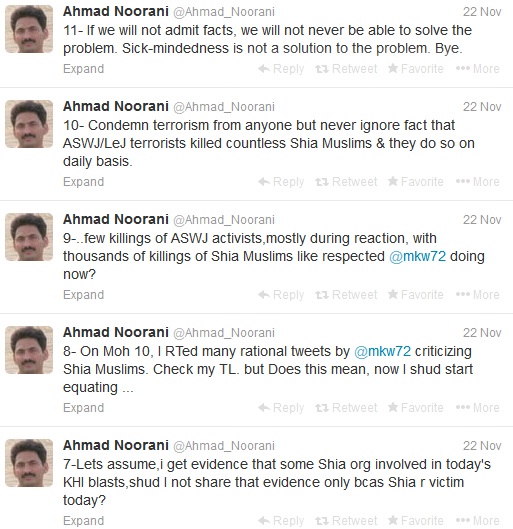 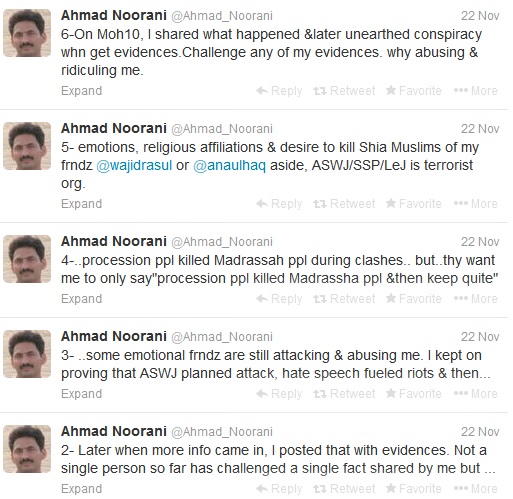 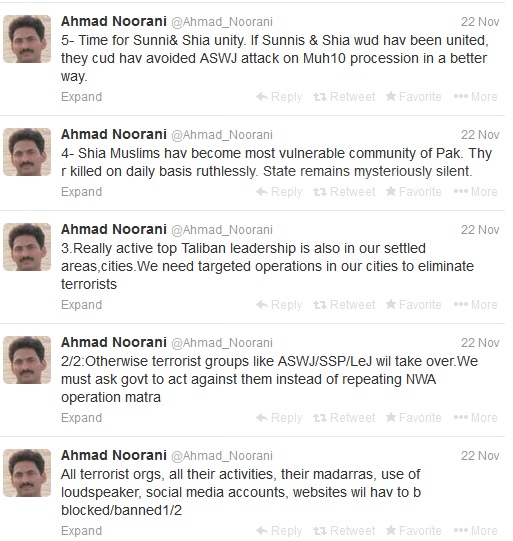 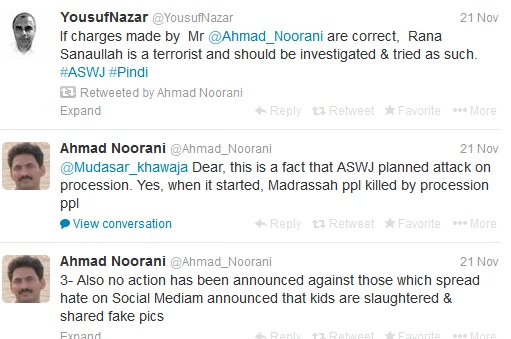