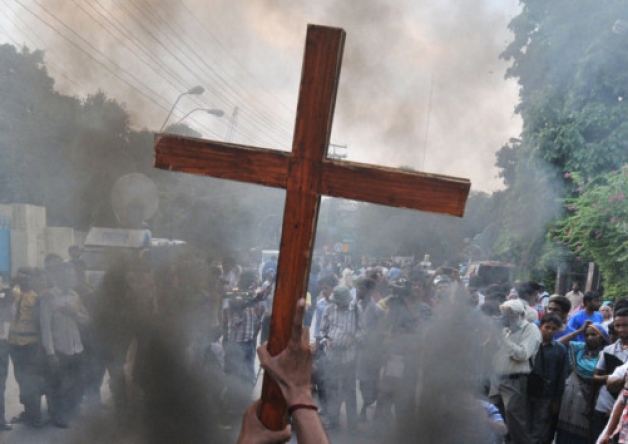 The 64th anniversary of the death of S P Singha was recently marked by Christians in Pakistan but if I said his name outside of Christian circles, few would know him. That is because the role of Christians like Singha in the formation of Pakistan have been largely airbrushed out of our national history.

Most Pakistanis are unaware of him and the vital contribution he made to the development of Pakistan’s education system and had fixed the metric examination system and intermediate level degrees.

In recognition of his work, he was awarded the title of “Dewan Bahadur”, distinguishing him from ordinary men.

Singha was born in 1893 in Pasroor/Sialkot, Punjab, but later moved to Lahore where he worked as a registrar in the Punjab University and permanently settled in the city. Later, he was elected as a member of the Punjab Assembly and became a Speaker in the Assembly with the support of the Unionist Party. He served in this role until the partition when he became the first Speaker of the Pakistani Punjab Assembly.

But this is where the happy story ends, as soon after he was informed that only a Muslim could be Speaker of the Assembly and a vote of no confidence was moved against him on the grounds of his religion.

In essence he was ousted and this affected him profoundly. In fact, it shattered him to the core as he never for a minute expected in the new Pakistan that he would be punished simply for being a Christian and especially given his years of devoted service.

After all, hadn’t Quaid in his first presidential speech guaranteed to religious minorities that they were “free to go to your temples” and “equal citizens of one state”? This was not so much a speech as a covenant between Quaid and the minorities who had supported him in the creation of Pakistan.

Singha would have no doubt really taken these words to heart because he was so very committed to the vision of Pakistan – support which proved crucial when it came to deciding whether it should get Punjab or India.

It seemed that the vote was going against Quaid e Azam when the Hindus and Sikhs refused to support and joined forces to make Punjab a part of India.

Quaid seemed resigned to it, saying: “Better a moth-eaten Pakistan than no Pakistan at all.”

But Singha and fellow Christian, Ralia Ram, gave their unconditional support to Pakistan during the 3 Davis Road meeting in Lahore. The Christians leaders voted in favour of Pakistan despite receiving death threats and when there was a tie in the vote, Singha made his decision and swung it Pakistan’s way.

The map of Pakistan looks the way it does today because of the loyalty of Christians and their unwavering faith in the new nation.

But how quickly Quaid’s radical vision and the part played by Christians were forgotten after Quaid’s death.

The betrayal of these ideals and Singha’s forced exit from the Assembly so broke his heart that not long after this betrayal he fell ill, dying on 22 October 1948, just a month after the death of Quaid.

Singha must have seen what was coming for Christians in this new Pakistan and perhaps, as some speculate, he came to regret his decision, especially when he was publicly humiliated and ejected from the Speaker’s office simply for being a Christian. With Quaid gone, who could he turn to?

For many people, the rise of fundamentalism in Pakistan started after the objective resolution passed in 1949 but for me it started the moment we removed the first Speaker from his office on the basis of his religion, simply because he was not a Muslim. If we had opposed this kind of bigotry and hate from the outset and kept Quaid’s August 11 speech before our eyes as the golden principle for our nation, then Pakistan would have been a radically different and, dare I say it, much better country today.

Although many unnecessary years of pain have already passed by, it is better late than never that we still try to make the Pakistan envisaged by Quaid e Azam, where religion has nothing to do with the business of government and every Pakistani, regardless of their race and religion, is an equal Pakistani citizen.

Pakistan is facing grave threats and is on the brink of becoming of failed state but things still can still be changed if we become sincere about reshaping our country from the ground up.

For this, I firmly believe a good start would be to give credit where credit’s due to Dewan Bahadur S P Singha and other minority leaders like him who played a pivotal role in the making of Pakistan – and not with dutiful speeches that can once again disappear in the wind but with real words written down in the pages of our school textbooks.

The present curriculum has been strongly criticised by those who claim it is helping to create extremists. It is certainly in need of a serious overhaul. But the overhaul needs to happen not only to the curriculum but to our minds. What use is a curriculum if the parents at home or those teaching it in the classrooms do not really believe or respect it?

It is important to tell the youth of today and coming generations about the truth of Pakistan’s birth, for the sake of a healthy society and a stronger nation.

I hope that the present government will think over this matter with seriousness and sincerity, and adopt a resolution that remembers the role of minorities in the making of Pakistan. In this respect, the Punjab government should not dismiss the very heavy responsibility it bears in particular.

Click here to post a comment
Editorial: Nawaz Sharif, the Saudi poodle with a nuclear button
LUBP congratulates Iran and the United States on starting the historical dialogue for peace – by Ali Abbas Taj