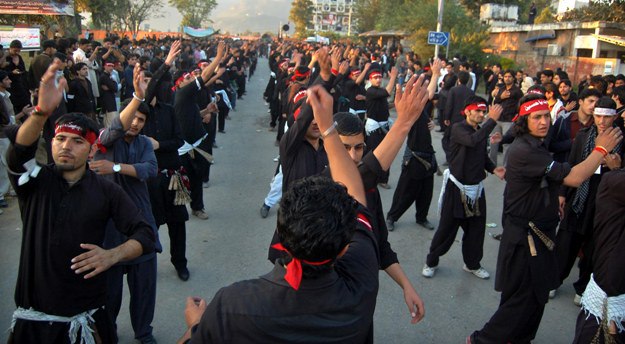 In Pakistan, we evolve from bad to worst, and Sipah-e-Sahaba Pakistan aka Ahl-e-Sunnat Wal Jammat aka Lashkar-e-Jhangvi aka killing machines are the worse that could ever happen. An experiment gone bad. Pakistan Army’s Frankenstein is now a fully grown adult, ready to pounce at the hand that fed it for decades.

The snarling and hissing turns far worse when the immigrant mother is threatened. The ones for whom Pakistan was the brainchild of Kafir-e-Azam are now adamant this country was made only for the crescent moon and pentacle worshipers. Those who hardly grew anything but dates and built stele for Qos.

These warriors kill to show their reverence to the grand architect of the universe. For them, disembowelment is the embodiment of love and sacrifice. Their love is so sane and simple that they either kill or get killed. One has no choice but to respect them, for to do otherwise means inviting a beheading.

Their literature is filled with sonnets on brotherhood, forgiveness and peace. Their peacefulness can be gauged from their witch hunts conducted in Jhang, Faisalabad, Kohat, Quetta, Parachinar, Gilgit, etc, against the evil Shias who beat nobody but themselves.

Beating self is the biggest sin for the peace loving Muslims. Even when they do a wrong, their salvation lies in severing heads of those who beat their chests. So please, do not give in to conspiracy theories and propaganda. The only and foremost persecuted group in the whole of Pakistan is JI.. er, no sorry. That was in Bangladesh. Here they only shelter terrorists, but aren’t so themselves.