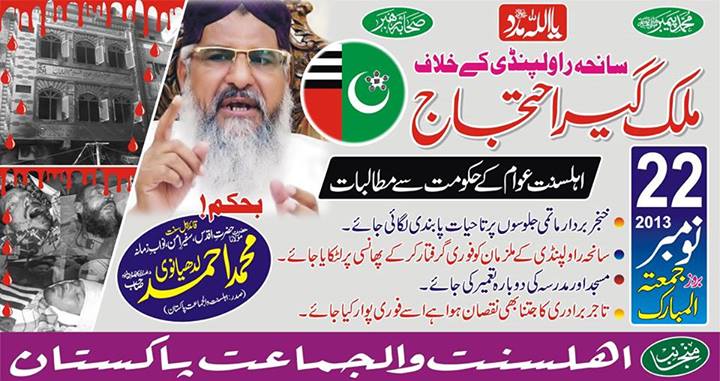 This is a public service message by Let Us Build Pakistan (LUBP) to all Pakistanis including Sunnis, Shias, Ahmadis, Christians, Hindus, atheists etc who are currently being indiscriminately attacked by banned Deobandi terrorist outfits namely Taliban (TTP) and Sipah-e-Sahaba (ASWJ-LeJ).

Deobandi clerics of the Sipah-e-Sahaba ASWJ have publicly announced that they will take out major hate rallies in all cities and towns of Pakistan on Friday 22 November 2013 to pronounce and implement their hate agenda against Sunni Barelvis, Shias, Ahmadis, Christians etc.

In particular, Deobandi and Wahhabi fanatics of ASWJ and TTP want to forcibly ban religious rituals of majority Sunni Barelvi population and Shia Muslims of Pakistan, and they want to stop any and all commemmorations of holy Prophet Muhammad (peace be upon him and his progeny) and his family including Imam Hussain (a.s.).

As a matter of fact, all major Deobandi outfits including TTP, JUI, Deobandi Madrassa Wafaq and the Difa-e-Pakistan Council (the Defence of Pakistan Council) have declared their support for the ASWJ rallies on Friday, 22 November. However, majority Sunni Barelvi clerics have dissociated from ASWJ’s rallies and have asked Sunni Muslims to stay away from banned Deobandi outfits and their hate agenda.

LUBP advises all Pakistanis particularly those from non-Deobandi backgrounds to take all precautionery measures to defend their lives and properties from the pre-planned Deobandi massacre on 22 November.

We also urge the government of Pakistan, all provincial governments and Pakistan army to take all possible measures to prevent terrorism by Deobandi fanatics.

We are hoping against hope that the State finally wakes up and reigns in these snakes, most of whom were nurtured by Pakistan military estbalishment for Jihadist proxy purposes in Afghanistan and Kashmir. 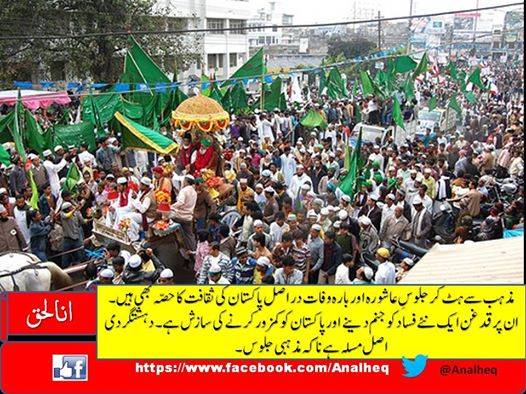