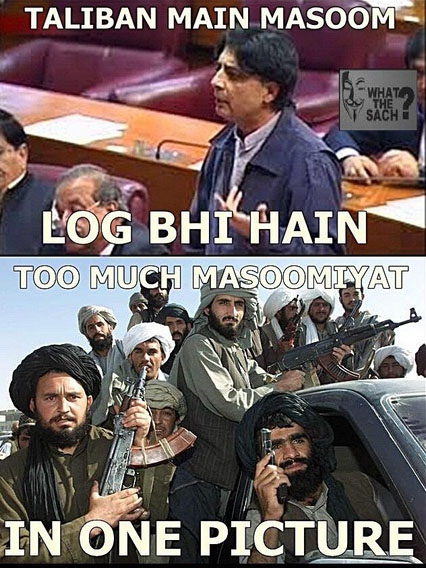 When sovereignty is understood in it’s most limited definition & the narrowest interpretation possible,policy mimics that of other nations sacrificing benefits of it’s own people.Validation and justification of such policy is based on starry eyed conviction that if the (temporary) “superpowers” are doing it then why shouldn’t we? Turning of course a blind eye to the pivotal question of the timing of such actions.
There is an inherent hypocrisy embedded even in this narrow version of sovereignty being touted- a drone is seen to be a clear “violation” where as on the other hand foreign rebels hired to fight in my dear country are to be welcomed with a showering of petals (as all killers are in this nation) and nationality.That is not a violation of sovereignty.
Be they ONE, ONE THOUSAND OR A HUNDRED THOUSAND it is a violation of our sovereignty.
However that is not the stance taken by these political pundits willing to wreck havoc-no instead we are to believe that the foreign rebels will lay down arms and integrate into the society they were paid to kill.Never has naivety been so becoming upon a nation.
How can “War Crimes” have been committed in a war that we continuously refuse to own? They will have you believe that “war crimes” have been committed against the very warriors waging the war.The definition of perpetrator has been twisted to shift the balance of justice and turn the victim into the collateral damage to be expected for “drones”.
Propaganda of fury floods social media platforms. We are being told to accept that our lives are only worth that of pawns for the”misdirected” outrage of the Taliban & it’s various tentacles lashing out whenever, wherever & however they can.
We are being brainwashed to accept this defeat and dehumanization of self worth.As with every abuser of power makes known the guilt lies on us; it is our fault. We brought this destruction and humiliation upon ourselves.So that we are not capable of looking our selves in the mirror, let alone having the capacity to reach out to any one else.We are being told to accept that because a territory has an instinct for revenge, we must succumb.
They talk of trials and due process in a country where killers flash victory signs & are made into heroes like Mumtaz Qadri. But then when terrorists can be stakeholders,why not bestow the title of martyr too.
International Law isn’t violated when genocide takes place- no, no justice for that lot.No protection nor time for that lot.They too have brought it upon themselves.
If this was about 178 children dying it would be a different story, it is 178 children being used as a means for political gain.No different from those Mad Men that used children as human shields in Lal Masjid.
Jemima Khan talks of Obama being a “disappointment” for his followers-they expected substantial change and all that changed was the person wearing the mask.
Will someone please arrange the flowers for Irony’s funeral?