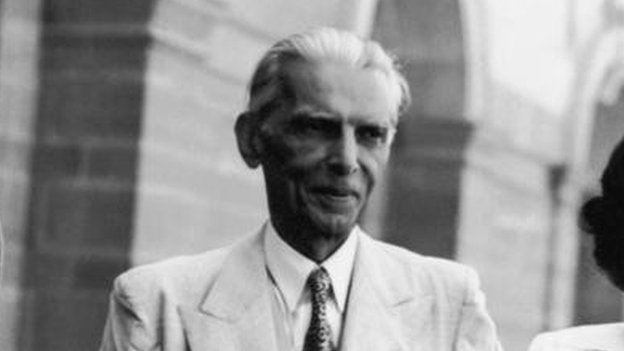 The recordings are precious to Pakistan because of Mr Jinnah’s status as the country’s founder and its first leader.

The first of the two speeches was delivered in Delhi on 3 June 1947 in which Mr Jinnah gave his opinion on holding a referendum in the North West Frontier Province (now known as Khyber Pakhtunkhwa in Pakistan) to decide whether the region wanted to join India or Pakistan.

The second speech was given at the first Constituent Assembly on 11 August 1947, The Hindu reports.

The Pakistan Broadcasting Cooperation had requested the All India Radio in 2012 to provide a copy of these speeches.

“We are very happy and thankful to All India Radio…This will become part of our archives,” the Zee News website quotes Javed Khan Jadoon, Pakistan Radio’s Head of Current Affairs, as saying.

Meanwhile, newspapers and websites are also highlighting the challenges faced by Raghuram Rajan, the Reserve Bank of India’s new governor, who reports say marked the “dawn of a new era” with his “bold” measures on his first day in the job on Wednesday.

“Mr Rajan is inheriting an economy, which has slipped to a decade low 5% growth… He has a tough task of balancing growth and inflation,” says the Business Today website.

The Business Line says “the 50-year old will have to summon all the skills and experience gained over the years to not only foresee possible crises in the real and financial sectors but also come up with out-of-the-box solutions to deal with them”.

The court, however, agreed to review another “controversial” ruling that disallowed an arrested or jailed person from contesting elections, The Economic Times reports.

Elsewhere, the chief minister of the southern Indian state of Andhra Pradesh, Kiran Kumar Reddy, has asked budding bureaucrats not to “think too much about political corruption”, the NDTV website reports.

“Excess money with the politicians comes back into the system during elections… Don’t think too much about political corruption”, the website quotes him as saying.

The “bizarre” and “candid” remarks at a time when the political parties are trying hard to keep themselves out of the ambit of Right to Information Act (RTI) “reflect the mindset that guides India’s ruling class”, the report says.

The RTI law allows Indians to access information held by the government.

Elsewhere, an Indian soldier from the northern state of Haryana was cremated on Wednesday, over 45 years after he died in a military plane crash, the Deccan Herald reports.

Jagmal Singh was among the 98 personnel and four crew members who were killed when an Indian Air Force AN-12 aircraft crashed on the Dhakka Glacier in the Himalayas in 1968.

The remains of Mr Singh, who was 28 years old at the time of his death, were discovered in the Himalayas on 22 August by an army expedition team.

Despite several search missions, only four bodies had been recovered until 22 August, the paper adds.

And finally, more than 350 educationists are receiving national awards to mark India’s Teachers’ Day on Thursday, The Indian Express reports.

The event is celebrated in India since 1962 in memory of the country’s second president Dr Sarvepalli Radhakrishnan, who was also a teacher and made significant contribution to improve India’s literacy rate at the time.

Muhammed Ajeesur Rahman Zulfi, who has been teaching in madrasas (Islamic schools) for 38 years, is one of the teachers who will receive the National Award for Teachers this year, the paper adds.