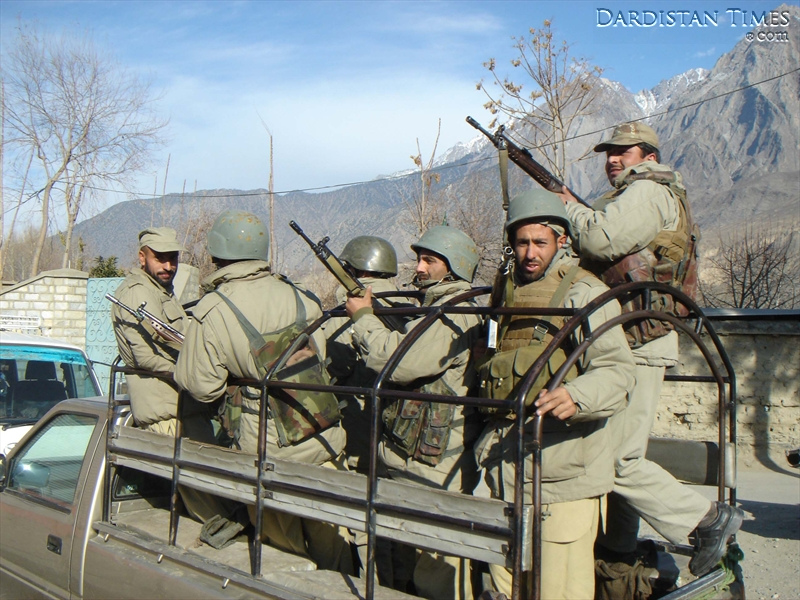 Despite abundance of natural resources and geo-strategic significance, the largely Shia region of Gilgit-Baltistan continues to face economic stagnation and political isolation

Gilgit-Baltistan, a UN declared disputed region in the north of Pakistan, is known to the world as a mountaineer’s paradise. It is home to three world-famous mountain ranges namely the Himalayas, Karakoram and the Hindukush which meet near the valley of Haramosh. This confluence created some of the highest peaks in the world, as sixty of them measure over 20,000 feet above the sea. In addition, the longest glaciers outside the Polar Regions reaching up to seventy miles in length are also situated in Gilgit-Baltistan.

However, political volatility restrains the inhabitants from optimizing their earnings from mountain tourism. Both India and Pakistan claim Gilgit-Baltistan and have fought several wars over it. Despite the physical control since 1948, Pakistan has failed to gain sovereignty over Gilgit-Baltistan, which has gradually weakened its political leverage and increased her strategic vulnerabilities. The situation has led Pakistan to convert the region into a military garrison by stationing tens of thousands of troops. It has also forced the military to shut down many of the key tourist destinations in Astore and Baltistan, the two regions bordering Indian Ladakh and Kashmir.

Apart from an age old ideological rift, which often drives the Takfiri militants to Gilgit-Baltistan to kill and torture the Shias; the Taliban desire to control Gilgit-Baltistan in the larger quest to infiltrate in India and northern Afghanistan. However, the presence of Shias and Sufis, who make up for almost 75% of the total population, has thwarted their efforts in the region. Local Shias, Nurbakhshis and Ismailia have resisted such effort to use Gilgit-Baltistan to promote terrorism. Local leaders maintain that the military and secret service foster ongoing sectarian polarization and Jihadi adventurism, something that weakens the society and hence not permitted by Islam. On occasions, locals have clashed with militants and forced the secret service to relocate.

With no luck at winning over the local Shias, secret service and Taliban are moving forward with a campaign of ethnic cleansing and religious conversions as the only remaining path to securing the region. They intend to spread Shia Sunni divide to first, create disunity and weaken the society, and secondly, to gain favor among local Sunnis to find more recruits. In the past, such a strategy was successfully employed in the Kurram Valley when militants attempting to infiltrate Afghanistan met resistance from the local Shias.

The range of tactics used to force demographic change varies from ethnic cleansing to economic strangulation. For instance, militants have driven Shias out of Gilgit-Baltistan by resorting to target killings. In 1988, the militants attacked and burned fourteen villages in Gilgit-Baltistan and killed hundreds of Shias. Locals accuse the military of providing support and supplies to the anti-Shia militants. The militants forced tens of thousands of Shias to flee who live as IDPs to this day. In 2004-2005, hundreds of Shias were killed and many of them lost lives when vehicles carrying Shia passengers were ambushed on the Karakoram Highway (KKH). Recently in 2012, Taliban and their affiliates attacked buses on the KKH and killed more than 100 Shias in Gilgit-Baltistan. Despite numerous massacres of Shias, no single assailant has been brought to justice. On occasions, locals have accused the military intelligence of protecting the alleged Shia killers. The situation has forced many Shia and Sunni families to flee Gilgit-Baltistan in the face of campaigns of terror. These tactics are reminiscent of those used by the Taliban in Kurram Valley, where Shias lived under siege for over three years under famine-like conditions and thousands were forced to flee the region.

To assist the militants, many Takfiri missionaries have also targeted Gilgit-Baltistan to hasten change in religious demography and to coerce Sufis into conversion. The fast pace of conversions threatens the very existence of the Sufis of Gangche district. According to many reports published in local newspapers, the Takfiri militants disrupt local customs and religious rituals to force adoption of a puritan form of Islam. One such clash during the winter of 2012 in Gahkuch led to injuries of dozens of Ismailis. At this time, Shias, Ismailis and Nurbakhshis are being forced to study extremist Jihadi syllabi in government schools.

However, economic, educational and employment marginalization have been the most potent way of forcing demographic change. Despite its rich natural resources, strong tourism and trade potential, Gilgit-Baltistan has the lowest per capita income per annum in Pakistan. As those with the means to flee do so; the poorest locals form a marginalized class which remains subjugated and dependent on government handouts for survival.

Economic neglect by the government is, in actuality, a coercive tool of control. Despite concerted local demands and efforts, the government has blocked trade on the historical routes which connect Gilgit-Baltistan with Badakhshan, Ladakh and Srinagar. Likewise, the unchecked and rampaging militants also disrupt trade and tourism on the KKH. The situation has worsened as the FWO allowed the clearing of the Ataabad water blockade on the KKH to languish which disrupts trade between Gilgit-Baltistan and China. To the dismay of many, Islamabad is yet to permit the local government to collect transit tolls on KKH as well as income from tourism, Sost dry-port and Khunjerab customs, which go to fill federal coffers.

Likewise, establishment has failed to control timber smuggling which denies revenue to locals. Locals are also barred from acquiring mineral exploration licenses. All mining permits have been awarded to the foreigners and businessmen from the tribal areas who have so far failed to share the generated revenue with the locals. In addition, the government denies royalty and usage compensation over local rivers and dams to locals. To this date, no effort has been made to create an industrial base in the region. All these policies highlight the economic stagnation and isolation intentionally created to force people to leave Gilgit-Baltistan or to live in fear and insecurity.

The recent killing of ten foreign tourists at Mount Nanga Parbat should be seen in the context of this larger effort to economically strangulate and isolate the region. The sixteen murderers are all Takfiris and ten of them belong to Diamer district of Gilgit-Baltistan and six to Khyber-Pakhtunkhwa province of Pakistan. Many of them are suspected members of the Taliban which killed Shias on the KKH in 2012. The death of foreign tourists hurts the image of the peace loving people of Gilgit-Baltistan, their relationship with the international community, and the tourism which comes from the land’s beauty. This tourism plays a significant role in the meager economy of the locals. By targeting tourists near the KKH, the terrorists seek to further cripple and isolate the region in the larger effort to gain control.

The military’s complicity in the incident cannot be ignored. Despite its large footprint by way of check posts and stations throughout the area, militant training camps continue to function in Jaglote, Gilgit-Baltistan as reported by Dunya Television on June 24, 2013. Jaglote is very close to the location of the attack on the foreign tourists. Hamid Mir’s television show Capital Talk also noted the presence of Takfiri militant camps in Diamer and Kohistan districts. Ex-Inspector General of Police of Gilgit-Baltistan, Sarmad Saeed Khan, has advocated for military operations to eliminate such militant camps but was denied clearance to proceed. The ultimate responsibility for security in Gilgit-Baltistan is the Force Command of the Northern Areas (FCNA), which is run by a Major General. Even the Chief Minister and Governor of Gilgit-Baltistan need his approval before executing plans. Despite complete military control, the Pakistani establishment is once again blaming India, USA and Israel for growing extremism and the attack on foreign tourists in an effort to veil the truth.

The presence of Taliban in Gilgit-Baltistan, the massacre of Shias and foreign tourists and economic stagnation are symptoms of Pakistan’s broader policy of nurturing militants as assets. The question at hand is whether the international community is prepared to address the connection of the expanding terror network to Islamabad.

Senge H. Sering is president of the Washington D.C. based Institute for Gilgit Baltistan Studies and hails from Baltistan

Click here to post a comment
Sharif’s not ready to Condemn Taliban and Lashkar e Jhangvi -by Mohammad Shoaib Adil
Gilgit Baltistan: You have taken away our livelihood – by Dr. Zaeem Zia