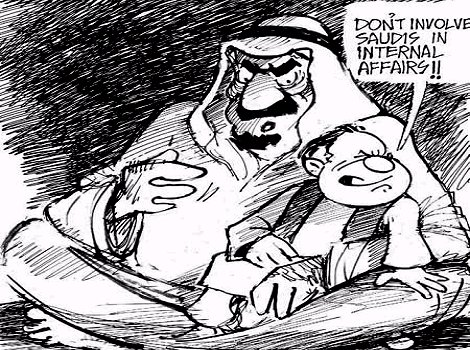 Nawaz Sharif will not be third time lucky, you can rest assured. Forget about the arrogance which dripped from his semi-prosthetic head down to his peacock-like walking legs. Forget about the inanities of resolving public issues he has been repeating every time he opens his mouth. And forget about his notorious short span of attention which he once again demonstrated: He could not pay constant attention to what Amin Fahim, Javed Hashmi, and Achakzai said.

No. These are familiar themes. They assure all stake holders that this is the same old Nawaz Sharif. So all will be fine. The past will continue to haunt our present and future. It will be the same dim-witted and corrupt Nawaz Shairif.

But the thing to note is that he praised the PPP government for handing over the Gawadar Port to China. But he kept mum about the Iran-Pakistan pipeline. It was Amin Fahim who reminded Nawaz Sharif of it. But for his part, the third-time prime minister did not say a word about the pipeline. To him, it is not a pipeline, but a pipe dream. Why? Because the Saudis are watching. The Saudis who gave him bullet-proof cars. The Saudi who Taliban proxies helped him win the elections by bombing the PPP and ANP campaigns into silence.

So this is how Nawaz Sharif began his prime minister ship by deliberately deleting Iran-Pakistan pipeline project. Whether he will be a patriotic Pakistani or a viceroy of Saudi Arabia, only time will tell. But if his own political history is any guide, he will do nothing for the people of Pakistan. He will do every kowtowing for the likes of Saudi Arabia and the Taliban.