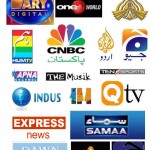 It’s been more than a year that all the hoo-haa started on the Kerry-Lugar Bill. I had written a post then about the Unnecessary Criticism of the aid package. It becomes all the more ironic now that the same military is going to get USD 2 billion. However, no heads need to be rolled this time.

We have all heard of the proverb “apnay pairon pay kulhari maarna” throughout our life. As a nation, don’t we aptly fall under the subject of this proverb? I am talking about the recent mindless criticism and objection to the approval of ‘‘Enhanced Partnership  with Pakistan Act of 2009’’ passed by the US Congress in the last week of September 2009 and more famously known as the “Kerry-Lugar Bill” by all and sundry in Pakistan. The bill envisages support to Pakistan to the tune of USD 1.5 billion per year between 2010 and 2014.

The whole opposition, media and the pseudo-intellectuals of Pakistan have been crying foul over the passage of this aid bill whose basic objective is “To authorize appropriations for fiscal years 2010 through 2014 to promote an enhanced strategic partnership with Pakistan and its people, and for other purposes.” Yesterday’s (October 7)  Corps Commander meeting’s apprehensions was just the icing on the cake.

Before I go on with my humble analysis of the Bill, let me pose a few questions to all the readers:

If I am correct then none of you would say no to any of the above questions? Exactly this is what the Kerry Lugar Bill talks about! The Bill which was presented in the US Congress can be viewed and read by all by clicking on the following link: http://frwebgate.access.gpo.gov/cgi-bin/getdoc.cgi?dbname=111_cong_bills&docid=f:h3642ih.txt.pdf

Now let us look at some recent statements coming from the leading critics of the aid to Pakistan:

Question is how many people have read the bill in entirety? I guess not many, for having read the bill, I don’t find many reasons the bill to be considered against Pakistan’s National Security. Personally I feel that some of the fastidious people criticizing the bill are unhappy with some of the following provisions:

The above points are the apparent cause of disdain to the critics. Critics are also claiming that certifications by the US Secretary of State and US President’s Special Representative on Afghanistan and Pakistan should not have been there. It is also to be noted that there is a waiver for almost every condition. Besides, the Bill requires a waiver from  the Secretary of State and not from the President of US.  I think no country in the world is in a position to offer a cash cheque to anyone, anymore. How can we continue to live in a fool’s paradise?

I unfortunately see this criticism as a lack of attention to detail by our nation in general and the so called intellectuals in particular. Many a politicians may not have read the document and have started crying foul. If they start to cry foul, then why shouldn’t the military say the same?

The whole point is that for the first time US has listened to the needs of Pakistan to support a democratic dispensation. For the first time assistance will be focused on civilians and not to be channeled through the military. The military doesn’t have to fear anything. A strong and democratic Pakistan is the requirement of the whole world. The military will also benefit from the same. According to the editorial in today’s (October 8, 2009) Daily Dawn, “The national security–democracy debate is not an either/or issue — national security can and must be protected through the democratic process. Even by Pakistani standards, it is too soon to forget the damage caused by extra-constitutional interventions”.

Now look at the positives that has happened recently:

I would also like to question the Government in Waiting that is of PML N, that assuming the PPP government accepts the aid till the time they are in power, can the PML N commit to the nation that once they are in power, they will not look for this aid from the US?  Yes, the aid that is being offered is less than what we deserve. When last year the Pakistan President said that “Pakistan needs to be compensated with USD 100 billion” he was subjected to all sorts of jokes. This is a start and more money will pour in, which is what our nation deserves. We need money to rebuild ourselves and stand on our feet. I feel that at this point in time the only people who can defeat us are Pakistanis themselves.