Thursday, June 6, 2013
On June 6, 1963, at least 116 Shia Muslims were massacred in the village of Thehri in the Khairpur district of Sindh province in Pakistan while taking part in the Juloos (procession) of the solemn Day of Ashura, a practice that is over 1,000 years old. Police stood by while radical Deobandis and Wahhabis massacred the young Shia men, most of them teenagers, by trapping them from both sides as they crossed a bridge and reportedly killed them with meat cleavers and machetes (many of them were butchers by trade). At midnight, to ensure that every one was dead, the Wahhabis of Thehri took empty water buckets and shouted the slogan of ‘Ya Hussain’ while walking in groups among the injured and dead, asking if anyone needed water. When someone would reply, the person was slaughtered ruthlessly in an effort to make sure none survived. Although almost all of the young Shia men in Thehri had already been killed, the oppression was not over. To hide their heinous crime, they collected all the dead bodies, put them in an empty well and planned to burn them using kerosene. However, the police arrived and took the dead bodies into custody.

This was the first major incident of Shia genocide in Pakistan exactly 50 years ago, and today this violent extremism continues. Justice was never done for the martyrs of Therhi and the anti-Shia terrorists and masterminds of the Therhi massacre were not given any punishment. In fact, the Government of Pakistan ordered major news outlets not to report the incident to avoid sectarian strife across the country. The incident was brushed under the proverbial rug, while hundreds of family members were left with no recourse for their indescribable grief. This lack of prosecution culminated in what we see today as the genocide of Shia Muslims in Pakistan with impunity, as now reported by Human Rights Watch and Amnesty International. Even today, the Tragedy at Thehri is hardly talked about, let alone written about and discussed.

It is imperative that people of conscience everywhere, who believe in honoring the human value of religious freedom, highlight the 50th Anniversary of this tragic event by holding events of remembrancein mosques, imambaras, community centers, municipal offices and public venues around the worldand write articles about it in mainstream media. Below are some ideas:

The video above is a tribute to the martyrs of Therhi, made on the anniversary of the incident last year. It shows the tombstones and innocent faces of the young men who marched to their deaths, fearless, continuing their practice of Azadari in the face of imminent death.

Please invite all those who honor the human value of religious freedom to our Facebook event here:
https://www.facebook.com/events/153201668193602/

If you organize an event in your community, please post the details in the comment section on the Facebook event page. We are also working with a few journalists to have an article written in a major publication on the June 6th anniversary. If you have any contacts in Thehri (Khairpur), Pakistan or with family members or friends of the victims who were directly affected (people in their 60s and 70s), please contact me. We are looking for people who can be interviewed to provide details of this tragic incident. 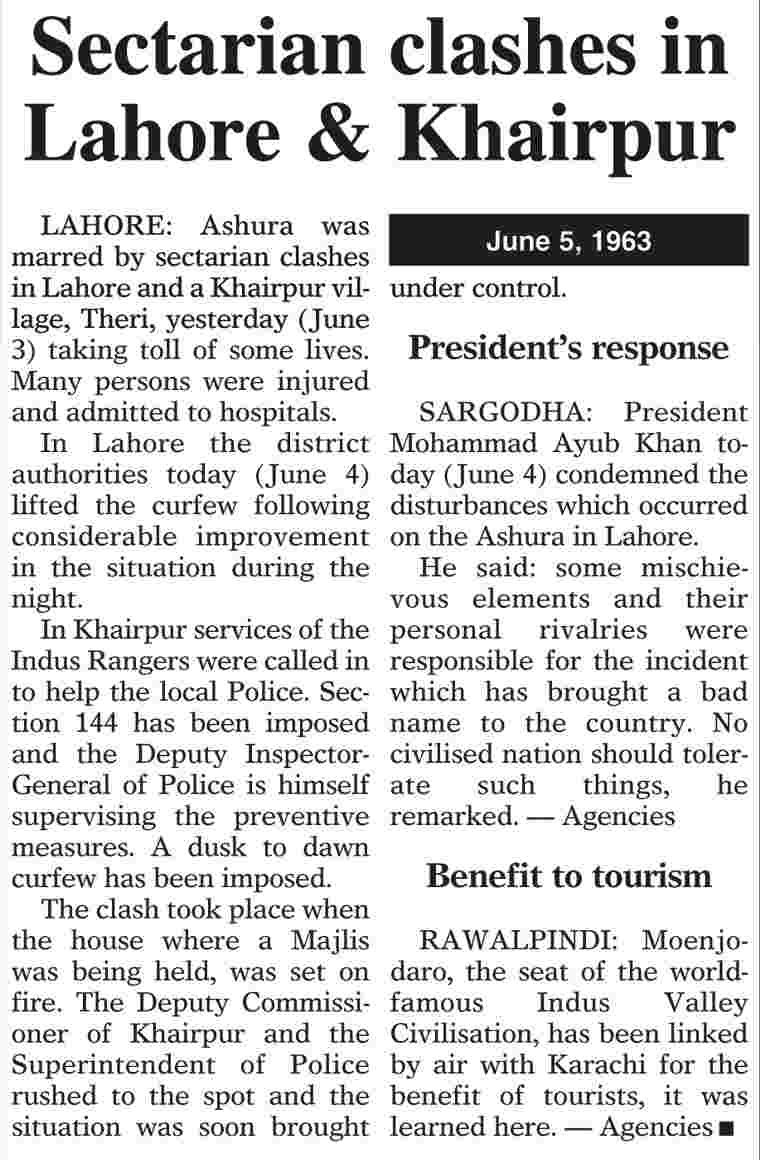