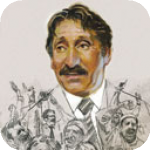 The chief justice’s recent statement, that the judiciary has the authority to intervene if any institution crosses limits, has been received with caution. Further, his assertion that full care was being “invariably taken by judges to avoid encroachment in the domain of other functionaries of the state and they are guided by the fullest and keenest sense of responsibility while adjudicating upon such a matter”, is not shared by many. There is evidence that full care is not being taken to avoid such encroachment.

Several instances can be quoted to support this contrary view. In July 2009, three months after the restoration of the judiciary, a three-member bench of the Supreme Court, in an interim order, suspended the carbon surcharge on petroleum products imposed by the Finance Act, 2009. Exactly 20 years back an 11-member bench of the Supreme Court had held in Federation of Pakistan vs Aitzaz Ahsan (see PLD 1989 Supreme Court 61) that “It is a well-settled principle of constitutional interpretation that until a law is finally held to be ultra vires for any reason, it should have its normal operation”. It is not clear from the order as to why the three-member bench ignored a much larger bench’s observation. Besides, the Finance Act, 2009, was passed by the National Assembly.

It should also be noted that the 2009 verdict on the issue of carbon tax was despite the express provision in Article 77 of the Constitution, which empowers the parliament with the authority to impose tax.

The Supreme Court’s recent decision to allow extension till further orders to all additional judges whose terms were to expire this month, is another example. Appointment of additional judges is possible under Article 197 which provides, among other things, that at any time when the office of a judge of a High Court is vacant, the president may appoint a person qualified for appointment as a judge of the High Court to be the additional judge under article 175-A inserted by the 18th amendment.

No renewal or extension could be granted to additional judges without adopting the constitutionally provided method. It must be noted that several provisions of the 18th amendment, including Article 175-A have been challenged in several constitutional petitions being heard by the Supreme Court, for the last four months. In allowing the additional judges to continue to work, the court has effectively suspended the operation of Article 175 without really saying it.

In September 2009, a Lahore High Court bench headed by Chief Justice Khawaja Muhammad Sharif in a suo motu notice fixed the sugar price at Rs40 per kg. An appeal was made to the Supreme Court but it declined to set the decision aside and instead asked the chairman of the Competition Commission to determine a new price, a function, the chairman informed the court, he was not supposed to perform under the relevant law. The Supreme Court has also intervened in several cases of appointments of senior civil servants, which was so far considered the executive’s privilege.

Granted, that the courts are there to protect the rights of the people when the executive transgresses its jurisdiction. Granted too, that it is the courts’ job to interpret laws and intervene in case they violate fundamental rights. But who will hold the courts accountable? Should they indulge in judicial excesses? Nobody is ready to raise this question in these times of judicial activism. Meanwhile, the courts may do well to follow the unwritten code of self-restraint.