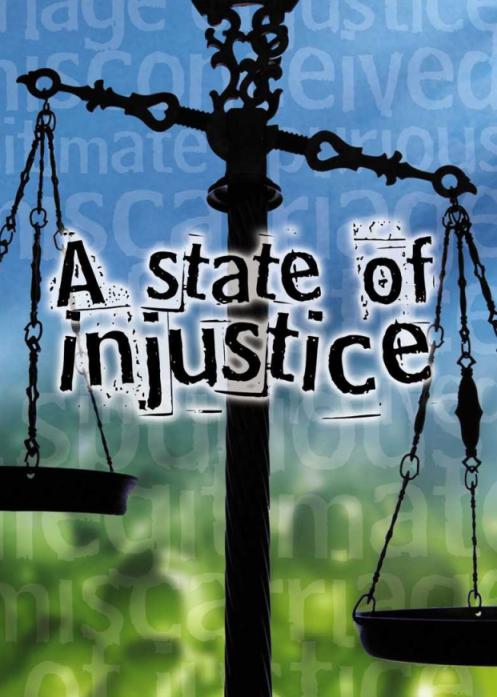 Adding predecessors and watching the meaning twist has been one of my ultimate childhood hobbies, it used to quite fun manipulating with the textbook lessons. A light jerk would shatter the whole structure. “Wise Owl” became “Unwise Owl”, “Respect a Virtue” became “Disrespect a Virtue” and “Kind Lady” became “Unkind Lady”. Predecessors were probably one of the reasons that made me love the English Language but as they say “No matter how far you have gone down the wrong road, turn back.” A person like me came to a predecessor that made me change my perception about them forever and my love transformed to hatred. The reason for this Himalayan Jump was the same, they completely make the meaning change. Ones inducted into the heavenly relations, this predecessor makes them feel like hell. The predecessor was “Step.”

Unfortunately the word that used to haunt my thoughts, disturb my nights and shake my believes has encountered me after all these years. The word which made me abandon a whole tribe of predecessors has come before me as a ground reality. I have come to realize that no matter how much you try to ignore them, realities are always there and so is the reality of “Step Mother.”

“Pakistan” my dear and beloved motherland. Though my ultimate darling but her recent behaviour has made me shiver from head to toe. My dear mother who I always thought to be the best in the whole universe has been very strange. My sweet affectionate to be true has been very surprisingly different in the recent days about two of her children. Her attitude can unfortunately be termed as “Biased.” It would be hell of surprising for some to see a son saying so about his mother but that is what I see:-

Affia Siddiquie a heiress of Siddiquie Family born to Muhammad Salay Siddiqui a British Trained doctor. A dual nationality holder and guarantor of the pledge of faithfulness to United States of America. A scholarship beneficiary of U.S scholars program. A member of  Al Kifah Refugee Center an Al Qaeda charitable front. A leader of “Ummah Revival Movement” of 1995 demanding Pakistan to join hands with the Taliban led government in Afghanistan. A cognitive neuroscientist by profession and a research fellow to Massachusetts Institute of Technology thus MIT being the sole benificiary of her resarch. Wife of Ammar al-Baluchi nephew to Khalid Sheikh Muhammad and cousin to Ramzi Yousuf, chief suspect for 9/11. Holder of claim to defuse Pak-Tabliban tensions in one day,faces the allegations of:-

5)-Planning and Assisting of Operations against Humanity

Affia Siddiquie was arrested and imprisoned in Afghanistan and later United States. Kept under medical examination (her self rejects any reality in torture stories). Trialed by a jury of peers monitored by Amnesty International and found guilty. Later convicted by the Federal Court of United States of America.

This verdict by the Federal Court of United States of America initiated a spark in the society of Pakistan. It has highly been condemned by all walks of life and the anti-U.S sentimental circulation accelerated in Pakistan. Nawaz Sharif, Imran Khan, Altaf Hussain, Munawar Hassan, Jurists, Civil Society and the whole Pakistan stands on a one point agenda:-

Being a Pakistani Affia should have been trialed in Pakistani courts even if alleged. As the western system of Judiciary happens to be under desperate pressure from the Zionist lobby therefore their verdict holds no moral justification furthermore the sovereignty of Pakistan demands that Affia must not be handed over for trial in a foreign land therefore must immediately be returned to motherland.

Asif Ali Zardari a heir of Zardari family which holds the pride of being founder of Sindh Madrassa tul Islam. Born to Raees Hakim Ali Zardari former Federal Minister. A Pakistani citizen by every description and every definition of the word citizen. Husband of Benazir Bhutto, twice Prime Minister of Pakistan. Known for courageous return to Pakistan in 1996 when his arrest was being widely talked of following which he was arrested. On these grounds Nazir Naji tagged him as Mard e Hurr or the Iron Man. Raiser of the Slogan “We Need Pakistan” after the assassination of his wife. Highly appreciated for rendering apology to Baloch nation for crimes never committed by him. Most heavily elected President of Pakistan. The first President of Pakistan to transfer powers to the Parliament. faces the following charges:-

Asif Ali Zardari has been trailed for 11 consistent years by PCO courts, Special Tribunals and Executive Controlled Accountability systems. His trial has been marked to be the highly biased in  by Ian Bolt in the Political History of Pakistan. The judges were found dealing with the prosecutors on tape, following which a D.B was released by the Amnesty International making then Jutice Malik Qayyum to resign from his office. He was imprisoned for 11 consistent years while under trial and extensive torture was reported. Then I.G of Police Rana Maqbool is a run away from Sindh High Court in the case of attempted murder of Asif Ali Zardari when he was under trial. On another occasion he was also planned to be assassinated while coming to the court.

Despite all the bashing of the terms of a fair trial Asif Ali Zardari has not been proved guilty in a single accusation against him in 11 long years. In several of the charges he got acquitted and in several others the prosecution withdrew petitions. In the recent days the Supreme Court of Pakistan urges on the need of re initiating the Swiss Trials against Asif Ali Zardari. The trials about which Daniel Zappelli, Geneva’s chief prosecutor, said that he had no evidence to bring Zardari to trial. The cases in which he enjoys an immunity under the State Constitution and the Geneva Protocol. but these stances are highly rejected in Pakistan. Nawaz Sharif, Imran Khan, Altaf Hussain, Munawar Hassan, Jurists, Civil Society and the whole Pakistan stands on a one point agenda:-

As it has proved to be impossible to convict Asif Ali Zardari in any of the Pakistani Courts, so in order to re claim the wealth of the people of Pakistan President Asif Ali Zardari the part of the Parliament and the Commander in Chief of the Armed Forces must be handed over to Swiss Tribunal as they are highly impartial and efficient in providing justice and reserve the right to trial the Pakistani President.

I hate to ask this question it but am compelled to,

“Is Pakistan a by blood mother of Affia Sidiquie and

Does Asif Ali have a step mother by the name Pakistan?”

Click here to post a comment
The BBC World Service: A mouthpiece of the British establishment – By Shiraz Paracha
Malik ‘lodges case’ at press club against misreporting