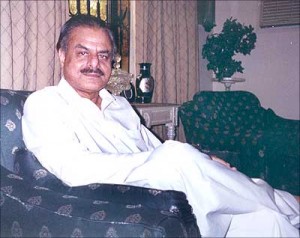 One of the biggest lies that have been spun by our establishment, which is the arbiter of our national narrative, is that the Taliban are an expression of “Pushtun Nationalism”.  This lie has been repeated ad infinitum by reactionary politicians and Taliban apologists like Imran Khan and  biased academics like Tariq Ali and Rasul Baksh Rais.

The rich and diverse culture of the Pushtuns extends back to several millennia.  The cultural and anthropological influence of the Pushtuns extends from Iran to Bangladesh and even a cultural metropolis like Calcutta can boast of hosting Pushtuns and their way of life.  From Rehman Baba to Khushal Khan Khattak, poetry and moderate religious views have been a cornerstone of Pushtunwali.  The land of the Pushtuns is the land of Lord Gautum Buddha.  Even in Bollywood, Dilip Kumar and Raj Kapoor are the sons of Peshawar and Shahrukh Khan is atleast a nephew of the same city.

In the socio-political domain, Pushtuns have proven their valour on the battle field and have also shown the rest of South Asia that when it comes to non-violent resistance, the Pushtuns are second to none.  Today, nothing comes closer to describing the political beliefs of Pushtuns than the political ideology of literacy and non-violence of the Frontier Gandhi, the late Khan Abdul Ghaffar Khan, also known as Bacha Khan. Electorally, the Pushtuns on both sides of the Durand Line have always voted for secular, nationalist, center-left parties like the ANP in Pakistan.  Even the Pushtun vote for JUI is not predicated on Islamism but on a secular nationalism.  In this regard, in the seventies, the JUI was ostrasiced by Islamofascist parties like Jamaat Islami and the leadership of JUI under Mufti Mahmood was tagged as socialist deviants!

Then why is it that today, the establishment in Pakistan always views the Pushtuns and Taliban as two interchangeable entities?  This is because for the establishment, the Pushtun, like the rest of the country, simply serves as a laboratory for experimenting with violent Salafism in order to perpetuate an Oligarchic hold on power.  Since the time of Zia, the establishment has used State machinery to infuse the body politic with a virulent ideology that deculturalizes them and erodes an individual’s multiples identities of faith, ethnicity and regional influences.  In this regard, the establishment wants to squash the prospects of a pluralistic society and violently enforce a harsh, monolithic and artificial narrative whose genesis is based on the warped neurosis of Partition. It is the reaction of the dominant groups in Pakistan, the Punjabis and migrants, to the horrors of partition that shapes the national ideology of Pakistan: a “binery” vision that sees Pakistan as the “Un-India” and as a catidal of Islam where the country exists to serve the Jihadi adventures of assorted military dictators!

It is this false narrative which is the dominant discourse.  Therefore, the aspirations of ethnic nationalist minorities like the Sindhis, Balochis, Seriakis and Pushtuns and religious and sectarian minorities like the Brehlvis, Shias and Hindus are an anathema to this supremacist narrative that subsequently views these minorities as lesser Pakistanis!

Today, the establishment prefers to falsely project the Taliban as Pushtun militancy.  The fact that the secular and moderate Pushtun leadership and intelligentsia have taken a brave stance AGAINST the Taliban exposes this false narrative.  This exposure is dangerous on different levels.  The fact that the Pushtuns are a pacifist group that seeks to claim a genuine, proportional and fair stake in the country via a democratic setup is a big blow to those who wish to choke democracy and maintain an autocratic hold on power. 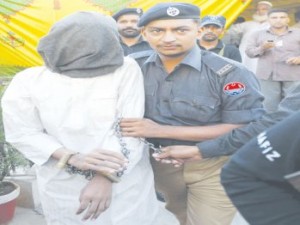 Similarly, the Taliban is a multi-ethnic force which is supported by extremist elements from not just Pakistan but violent Salafist mercenaries from all over the globe. From the East, the Uighirs are a substantial part of this force. It includes Tajiks and Uzbeks from Central Asia and Arabs from all over the Gulf. It even includes the odd Northern European and Bangladeshi.  In Pakistan, volunteers from violent Wahabi sectarian organizations are an equal, if not a greater part of the Taliban.  These sectarian organizations have their main headquarters in Punjab and their regional headquarters in Karachi, primarily in areas that are dominated by the ethno-mafiasos, the MQM.  Much of the financing for these Jihadi sectarian affiliates of the Taliban comes from the prosperous and recently radicalized Memon and Dehliwalla business communities.

These facts again puncture the dominant narrative that posits the Pushtuns as synonymous with the Taliban. It also dents the image of the MQM which wants to portray itself as a secular force for achieving its own dubious aims.  Internationally, because its leader chooses to reside in another country, and locally, so that it can continue to target the Pushtuns and not give them any stake in Karachi, where the latter are nearly a third of the population today.

In Pakistan, the political forces like the PPP and ANP that threaten the establishment are simply not tolerated. The PPP has been hounded by the press and by an Islamist judiciary.  Both parties have had their leaders and activists attacked and killed by the Taliban.  Today, it is not ANP which is taking out a rally for the Taliban heroine Aafia Siddiqui; that honour ironically rests with the MQM which claims to be anti-Taliban but dances to the whims of a Pro-Taliban military establishment.

The establishment cannot tolerate anything that exposes a carefully crafted narrative that aims to continuously fool people, both locally and internationally.  The Pushtuns have bravely opposed, not supported, the Taliban and have lost several of their elected leaders and representatives.  Their tribal leaders have been massacred by the Taliban after they were promised support by the establishment and then abandoned to the Taliban militias.  The Pushtuns, many of whom are under virtual siege by the Taliban/Al Qaeeda, welcome the drone attacks that have killed important Jihadi establishment assets.  Today, the worst enemy of the Taliban is the Pushtun who exposes them and the worse enemy of the Pushtuns is the Taliban who cannot bear to see them live and prosper.