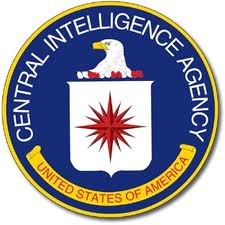 Less than three weeks earlier, a 30-year-old U.S. citizen born in Pakistan had tried to blow up an SUV in New York City’s Times Square. The crude bomb – which a Pakistan-based terrorist group had taught him to make – smoked but did not explode. Only luck had prevented a catastrophe.

“We’re living on borrowed time,” Jones told Pakistani President Asif Ali Zardari at the first meeting in Islamabad. “We consider the Times Square attempt a successful plot because neither the American nor the Pakistani intelligence agencies could intercept or stop it.”

Jones thought that Pakistan – a U.S. ally with an a la carte approach of going after some terrorist groups and supporting others – was playing Russian roulette. The chamber had turned out to be empty the past several times, but Jones thought it was only a matter of time before there was a round in it.

Fears about Pakistan had been driving President Obama’s national security team for more than a year. Obama had said toward the start of his fall 2009 Afghanistan-Pakistan strategy review that the more pressing U.S. interests were really in Pakistan, a nuclear power with a fragile civilian government, a dominant military and an intelligence service that sponsored terrorist groups.

Not only did al-Qaeda and the Afghan Taliban operate from safe havens within Pakistan, but – as U.S. intelligence officials had repeatedly warned Obama – terrorist groups were recruiting Westerners whose passports would allow them to move freely in Europe and North America.

Safe havens would no longer be tolerated, Obama had decided. “We need to make clear to people that the cancer is in Pakistan,” he declared during an Oval Office meeting on Nov. 25, 2009, near the end of the strategy review. The reason to create a secure, self-governing Afghanistan, he said, was “so the cancer doesn’t spread there.”

Jones and Panetta had gone to Pakistan to tell Zardari that Obama wanted four things to help prevent a terrorist attack on U.S. soil: full intelligence sharing, more reliable cooperation on counterterrorism, faster approval of visas for U.S. personnel traveling to Pakistan and, despite past refusals, access to airline passenger data.

If, God forbid, the SUV had blown up in Times Square, Jones told Zardari, we wouldn’t be having this conversation. Should a future attempt be successful, Obama would be forced to do things that Pakistan would not like. “No one will be able to stop the response and consequences,” the security adviser said. “This is not a threat, just a statement of political fact.”

Jones did not give specifics about what he meant. The Obama administration had a “retribution” plan, one of the most sensitive and secretive of all military contingencies. The plan called for bombing about 150 identified terrorist camps in a brutal, punishing attack inside Pakistan.

Wait a second, Zardari responded. If we have a strategic partnership, why in the face of a crisis like the one you’re describing would we not draw closer together rather than have this divide us?

Zardari believed that he had already done a great deal to accommodate his strategic partner, at some political risk. He had allowed CIA drones to strike al-Qaeda and other terrorist camps in parts of Pakistan, prompting a public outcry about violations of Pakistani sovereignty. He had told CIA officials privately in late 2008 that any innocent deaths from the strikes were the cost of doing business against senior al-Qaeda leaders. “Kill the seniors,” Zardari had said. “Collateral damage worries you Americans. It does not worry me.”

“You can do something that costs you no money,” Jones said. “It may be politically difficult, but it’s the right thing to do if you really have the future of your country in mind. And that is to reject all forms of terrorism as a viable instrument of national policy inside your borders.”

“We rejected it,” Zardari responded.

Jones and Panetta had heard such declarations before. But whatever Pakistan was doing with the many terrorist groups operating inside its borders, it wasn’t good or effective enough. For the past year, that country’s main priority was taking on its homegrown branch of the Taliban, a network known as Tehrik-e-Taliban, or TTP.

Panetta pulled out a “link chart,” developed from FBI interviews and other intelligence, that showed how TTP had assisted the Times Square bomber, Faisal Shahzad.

“Look, this is it,” Panetta told Zardari. “This is the network. Leads back here.” He traced it out with his finger. “And we’re continuing to pick up intelligence streams that indicate TTP is going to conduct other attacks in the United States.”

This was a matter of solid intelligence, Panetta said, not speculation.

Jones and Panetta then turned to the disturbing intelligence about Lashkar-e-Taiba (LeT), the group behind the horrific 2008 Mumbai attacks that had killed 175, including six Americans.

Pakistani authorities are holding the commander of the Mumbai attacks, Jones said, but he is not being adequately interrogated and “he continues to direct LeT operations from his detention center.” Intelligence shows that Lashkar-e-Taiba is threatening attacks in the United States and that the possibility “is rising each day.”

Zardari didn’t seem to get it.

“Mr. President,” said Foreign Minister Shah Mehmood Qureshi, who was also at the meeting, “This is what they are saying. . . . They’re saying that if, in fact, there is a successful attack in the United States, they will take steps to deal with that here, and that we have a responsibility to now cooperate with the United States.”

“If something like that happens,” Zardari said defensively, “it doesn’t mean that somehow we’re suddenly bad people or something. We’re still partners.”

Afterward, the Americans met privately with Gen. Ashfaq Kayani, chief of the Pakistani army and the most powerful figure in the country.

Although Kayani had graduated from the Command and General Staff College at Fort Leavenworth, Kan., he was a product of the Pakistani military system – nearly 40 years of staring east to the threat posed by India, its adversary in several wars since both countries were established in 1947.

This was part of a Pakistani officer’s DNA. It was hard, perhaps impossible, for a Pakistani general to put down his binoculars, turn his head over his shoulder and look west to Afghanistan.

Kayani would not budge much. He had other concerns. “I’ll be the first to admit, I’m India-centric,” he said.

Panetta laid out a series of additional requests for CIA operations. Obama had approved these operations during an October 2009 session of the Afghanistan-Pakistan strategy review.

The CIA director had come to believe that the Predator and other unmanned aerial vehicles were the most precise weapons in the history of warfare. He wanted to use them more often.

Pakistan allowed Predator drone flights in specified geographic areas called “boxes.” Because the Pakistanis had massive numbers of ground troops in the south, they would not allow a box in that area.

“We need to have that box,” Panetta said. “We need to be able to conduct our operations.”

Kayani said he would see that they had some access.

The United States needed some kind of ground forces to eliminate the safe havens, Panetta concluded. The CIA had its own forces, a 3,000-man secret army of Afghans known as Counterterrorism Pursuit Teams. Some of these pursuit teams were now conducting cross-border operations in Pakistan.

Army Lt. Gen. Douglas E. Lute, the National Security Council coordinator for Afghanistan and Pakistan, also traveled with Jones and Panetta to Pakistan. He supervised the writing of a three-page trip report to the president that Jones signed.

It contained a pessimistic summary, noting first the gap between the civilian and military authority in Pakistan. The United States was getting nowhere fast with these guys. They were talking with Zardari, who could deliver nothing. Kayani had the power to deliver, but he refused to do much. Nobody could tell him otherwise. The bottom line was depressing: This had been a charade.

Jones said he was once again alarmed that success in Afghanistan was tied to what the Pakistanis would or would not do. As he saw it, the United States could not “win” in Afghanistan as long as the Pakistani safe havens remained. It was a “cancer” on the plan the president had announced at the end of 2009.

Second, the report said the Pakistanis did not have the same sense of urgency as the Americans. There were regular terrorist strikes in Pakistan, so they could not understand the traumatic impact of a single, small attack on the U.S. homeland.

The Pakistanis were making another mistake by applying that same logic to India, in Jones’s view. If Lashkar-e-Taiba, the group behind the Mumbai attacks, struck there again, India would not be able to show the kind of restraint that it had then. Indian Prime Minister Manmohan Singh, who had barely survived Mumbai politically, would have to respond.

The options for Obama would be significantly narrowed in the aftermath of an attack originating out of Pakistan. Before such an attack, however, he had more options, especially if Pakistan made good on his four requests.

After the Jones-Panetta trip, Pakistan’s cooperation on visa requests did improve. When I interviewed Obama two months after the failed Times Square bombing, he highlighted Pakistan’s recent counterterrorism efforts. “They also ramped up their cooperation in a way that over the last 18 months has hunkered down al-Qaeda in a way that is significant,” he said.

“But still not enough,” I interjected.

Joshua Boak and Evelyn Duffy contributed to this report.