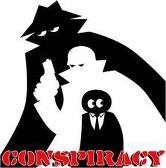 My goodness the names keep changing but the song remains the same. Minus-One Formula became Bangladesh Model which became Caretaker Government which became Midterm Elections which became Patriotic Generals which became French Revolution which has now become Technocrats. Why don’t we just call it what it is – the pipe dream of ‘Ministers in Waiting’.

The truth is that the lists that are being circulated provide the answers that everyone already knew, even if nobody wanted to say it out loud – there’s a group of people in this country who put their personal ambitions ahead of the good of the nation.

Kamran Shafi is calling shenanigans on the whole bunch of schemers.

Most of them have been in the various and varied engineered dictatorial/caretaker/lota so-called governments of which we’ve seen more than our fair share; governments that failed in every which way, made a bigger mess of things every single time that they “rescued” us, and after whose failure and subsequent departure the political leaders thrown out came back into the assemblies with larger majorities than they had when they were shown the door.

So why are these names making it to the lists being “prepared and finalised” when they were such abject failures in their earlier incarnations as ministers and advisers to dictators? It is not as if manna fell from heaven when they were ruling the roost, nor was there a chicken in every pot in the land. So, who are these people that pop up every now and again whenever the Deep State decides democracy has to take yet another setback?

No prizes for guessing, reader, for the matter is a simple one for any Pakistani who knows the shenanigans of the powers that be in the Land of the Pure: they are the handmaidens of the Deep State, who are always waiting in the wings in the ‘sit/stay’ position, ready to leap at the next command. They are the darlings of the establishment, the actual inheritors of this country who can do no wrong, who are pure as driven snow. And whose acts of omission and commission when in (extra-legal) occupation of their offices have never been inquired into, let alone being prosecuted. Never mind that one of them virtually bankrupted Pakistan Railways.

All of this ‘technocrat’ nonsense is simply marketing. It’s a new name for the same old soap that didn’t clean anything the first time.

Mosharraf Zaidi is right on this one, we need to be realistic and stop listening to the marketing schemes of these ministers in waiting.

No matter how good a technocrat is, she or he has no stake in the system of governance. A good, honest technocrat can fly in, fix what seems broken, and leave. Technocrats are not responsible for sustaining an overarching system, they are responsible only for the small domain they occupy. The sustenance and vitality of change and reform in Pakistan is wholly dependent on this country’s civil service. The fact that there is no public discourse, on what changes this essential national resource required to meet today’s challenges, should worry us all deeply.

So why are the people calling for change? Oh, that’s right…they’re not.

Actually, the only people you really see calling for change are the ministers in waiting who use every possible chance to exploit something to mislead people and get small groups of their supporters worked up in an effort to build their own political base. Again, from Kamran Shafi’s column…

Let us see who wants this so-called ‘change’? I see no great demonstrations in the streets, neither against provincial nor the federal governments. So why this tsunami, this cacophony for ‘change’? What, and who, drives this demand? Again no prizes for guessing: it is the Deep State itself which wants this change primarily to puncture the democratic balloon one more time and relegate rule by parliament to the backstage so that any advances made are brought to naught. And, secondly, wants to have absolutely untrammelled suzerainty over foreign affairs as the Afghanistan imbroglio heats up. The Deep State would want no interference whatever from an independent parliament as it goes about playing the Great Game, no matter how disastrously.

Far from wanting change, the people of NA-194 elected Khadija Waran. The people elected Jamshed Dasti. This drives the ministers in waiting crazy because they want their turn at the plate, and are not of any concern what the people want. Well, maybe if they spent more time listening to the people and less time lecturing everyone they would get elected to something other than head of their dinner club.

That’s not to say that the people don’t want progress – the people do want progress. But these ministers in waiting and their puppets in the right-wing media are trying to take the country back in time. Remember, these are the same people that complain about wanting to restore “the prestige and dignity” to the parliament. They see the common people as below them.

If these ministers in waiting actually get their way, Babar Ayaz asks, “what will change for the common man?”

Again, what will change for the common man? All we do is run around in circles. Nothing in this formula helps in bringing inflation down, fiscal deficit cut, relief for the flood affected people and bringing terrorism and sectarianism under control. People may argue that the change will bring in an efficient and less corrupt government. But past experience shows that no revolutionary change is possible at present; genuine change should come but through the natural process of democratic evolution. As a matter of fact, the right course should be to keep pressing for better governance and exposing corruption as it is being done at present and wait for the next elections that are not that far away. This would help in focusing on the real problems instead of politicking for quick gains.

We would be wise to follow Babar’s advice. “Genuine change should come but through the natural process of democratic evolution”.