It is indeed sad the way Jang has panned out to become a low in content but rich in spice tabloid. A newspaper having nearly 7 decades of existence is a sad reflection of the journalistic virtues that exist in the country. Let’s have a look at the Jang of September 26, 2010.

Some of the headlines are as follows:

But the most headline is the report by our dearest Ansar Abbasi saying “Swiss Summary par dastakhat kartay hee Gilani ko Tauheen-e-Adalat ka samna hoga.  hukoomat  gir jaye gee. Aainee Mahireen”. I make it a point to read the constipated thinking of Ansar Abbasi on a regular basis. Not that I am worried that the PPP government will go away but reading his and his gang’s stories tells me what’s the worst one can face. Honestly, his reports are laughable. In this report, he has done the following:

The remainder of story is all made up by Ansar Abbasi to give credence to his imaginative and wishful thinking. In a recent program of Capital Talk dated  20th September, 2010, Ansar Abbasi has claimed that he has never given dates for the PPP government to go, but in his columns and programs he has time and again depicted his wishes!

Coming back to today’s Jang, the most important news/statement is the following: 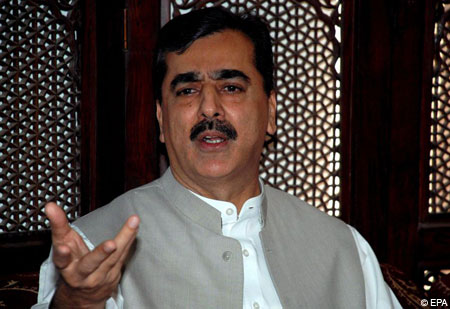 “Man pasand manzar namay paish karnay walay muun kee khayen gay. Buri Khabren phailanay walay yaad rakhayn – khel khatam honay par baadshah aur payday aik dabbay mayn jatay hayn – PM Gilani”. The same can be read in english as “Those creating scenarios of their personal liking will bite dust. Those who spread bad news and rumors must realize that after a game of chess finishes, the King and Pawns all go back to the box!”

Now this is what is called “Sau Sunaar kee, aik lohar kee”.