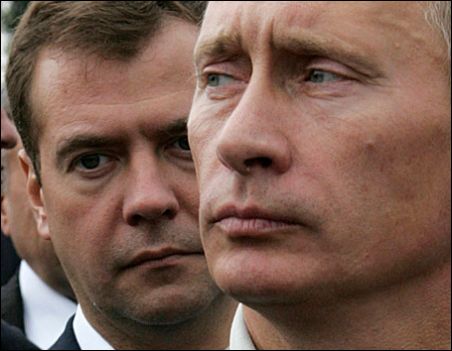 The relationship between Prime Minister Putin and President Medvedev is harmonious, they speak with one voice. The West is looking for fault lines in Putin-Medvedev relationship but, till date, the Western media and policy makers have not been able to create misunderstandings between Putin and Medvedev. Both leaders stand shoulder to shoulder to defend Russia.

Russia rejected the Western model of democracy that United States and its allies were trying to impose upon former Soviet states following the split of the USSR. The Russian Federation was searching for a political model that suited its needs. The search continued for more than 10 years.

In 2006, Vladimir Putin, who was then the President of Russia, coined a new political term “Sovereign Democracy”.  It meant no foreign interference in Russian affairs. The 56-member Organization for Security and Co-operation in Europe (OSCE) was very critical of Russia. The United States which is not in Europe but as an OSCE led the criticism. Similarly, international financial institutions as well as Western NGOs and pressure groups, too, ‘failed’ Russia on several accounts. Putin and his team argued that their government actions and policies should be evaluated only by the Russian public, not outsiders.  Interestingly, Putin enjoyed highest approval ratings at home when he was criticized by the West for human rights violations and suppressing press freedoms, and not practicing the Western brand of democracy. Despite Western criticism of Russia under Putin, the Russian public, still, loves their leader, who has been in the government since 2000.

The trend has sparked anger in the West but Russians say that the energy sector is a special area and in almost all commodity-dependent countries is led by the State. The creation of ‘National Champions’ is Russian response to the global hegemony of Western multi-national companies and corporations. Russians argue that they have to protect a domestic industrial sector from foreign competition.

Prime Minister Putin has very successfully used huge Russian energy resources as a foreign policy tool to counter Western pressures, including the eastward expansion of NATO. His aggressive and clever use of energy as a foreign policy tool has already created rifts in the Western alliance. There are divisions within the European Union on how to deal with Russia because Russia provides 25 per cent of the total gas to the EU. 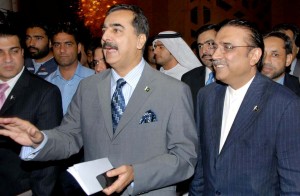 Russian strategy seems to be well thought through. Indeed Pakistan can learn positive lessons from Russian leadership. President Asif Ali Zardari has introduced a concept of team leadership in Pakistan by delegating powers to Prime Minister Yusuf Raza Gilani but Pakistan needs to do more to be an effective regional power.

In 1991, after the split of the Soviet Union, Russia became a wild place governed by an alcoholic—Boris Yeltsin. Criminal gangs roamed the streets and mafias were on the rampage. The West, especially the United States showed disrespect and contempt for Russia.

Throughout the 1990s, the West looked down at Russia with victors’ arrogance. Ridicule of Russians was common. Some in the West believed that Russians were disillusioned and disoriented following their defeat in the Cold War that culminated at the disintegration of the Soviet Union. According to the Western narration of history, Russians lost to the West because they were incompetent and corrupt.

At the end of the ‘Cold War’ George Bush senior announced a ‘New World Order’ and a part of that new Order was to export democracy, culture and civilization into the former Soviet republics.

Western corporations and big businesses rushed to Russia like vultures to grab natural resources in the region. Western financial institutions raced to capture the new opportunities. Western energy companies wanted share and perhaps control of Russian oil and gas. Knowledge and access to Russian military secrets and hardware were also important targets. Another goal was to find out about Russian advances in space technology and spheres of science under the Soviet Union.

Western NGOs and think tanks sponsored by the US State Department and other governmental and non-governmental bodies embarked on a mission to change societies in the former Soviet republics by organizing sermons on democracy and trainings on human rights.

Hundreds of English teachers from the United States and the West spread in urban and rural areas of the former Soviet republics. A majority of those were members of the US Peace Corps.

There were other enthusiasts who carried flags of press freedom to defend freedom of expression in the former Soviet republics.

The West had defeated the Soviet Union, now they wanted to be rewarded and one way was to patronize and control the ‘subjugated enemy’. The people in the former Soviet Union were humiliated for their ‘Soviet mentality’.

Between 1991 and 2000, the West exploited Russia, encouraged anarchy and chaos. 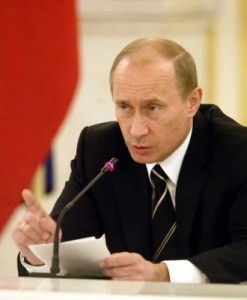 In this backdrop President Boris Yelstin brought Vladimir Vladimirovich Putin to Moscow who was working in St. Petersburg. A former KGB officer, Putin is a unique and charismatic character. He was born in October 1952. His grandfather was a cook for Vladimir Lenin and Joseph Stalin. His mother was a factory worker and his father served in Russian military.

Putin is fluent in Russian, German, French and English. He flies military jets and is a master in Judo. He was based in East Germany when the Berlin Wall fell in 1989. He is strong, strict and yet very popular. Russian public love and the West hate the man who rebuilt Russia just in 10 years.

When Putin was elected as the President the average pay in Russia was USD 80. Five years later the average income reached to USD 640. Putin’s policies transformed Russia into the World’s seventh largest economy in purchasing power in a short period of time. There was 72 per cent growth in the GDP under Putin. The foreign investment grew by 125 percent. Russia’s GDP was 22nd in the world; under Putin it increased many folds. Now Russia is among the top ten in the world in terms of GDP growth.

The Putin administration took measures to reduce the poverty. By 2008 there was 50 per cent decrease in the number of people living below the poverty line while the middle class in Russia grew from eight million to 55 million.

Putin also devised policies to help small businesses and industries by bringing dramatic and successful changes to the tax system that included introduction of a flat tax of 13%, and 11 percent reduction in corporate tax rate. Due to Putin’s economic management the Russian economy bounced back.

After serving his country for eight years as a president, in May 2008, Putin left the office of President. He vacated the position for his colleague Dmitry Medvedev who won the Presidential election with Putin’s support. Once Medvedev was elected as the President he nominated Putin to be country’s prime minister. On 8 May 2008, Putin took charge of the prime minister’s office. Since then Putin and Medvedev have led Russia successfully.

Putin and his team mates are not Communists. The Communist Party of Russia is opposed to the policies of Putin’s United Russia Party, which is a pro-business party but Putin and Medvedev have brought a strong sense of nationalism and national pride in Russia.

On the foreign policy front Putin is a strong supporter of a world with several power centers. He has been very critical of the Western foreign policies and he is against the US hegemony in international relations. He wants to talk to the West as an equal partner and demands respect. He is opposed to the United States’ use of force in the international relations. Once Putin said that due to the US policies “no one feels safe!” He is opposed to weapon deployments in the space.

Within a short period of 18 years, Russia has achieved stability, it has recovered from the economic crisis and it has restored its prestige in the world. Russia did so because it is a former super power that possesses huge natural resources, territory and technological and scientific know how.

Unlike Russia, Pakistan has not been able to stand on its feet due to its weak economy and poor infrastructure. Another reason for the prolonged crisis in Pakistan is its failed foreign policy. Pakistan depends on Saudi Arabia and she is part of a defense system that only serves the US interests. Few Pakistani generals have benefited from the flawed foreign policy that is in practice since the 1950s. 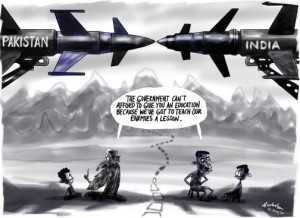 Neighboring countries do not trust Pakistan. India centric Pakistani foreign policy has also harmed the country. A major shift in Pakistan’s policy towards India will be the first step in the right direction. Also warm and friendly relations with resource rich Russia and Iran and further deepening of relations with China can bring long term benefits to Pakistan.

Shiraz Paracha is an international journalist and political analyst. His email address is: shiraz_paracha@hotmail.com