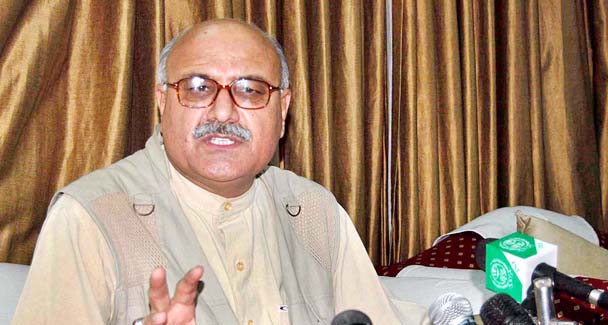 Naveed Hussain’s article ‘Militancy or a tribal backlash?‘ (Aug 15-016) defines the Taliban insurgency as a tribal backlash that is spurred by the demands of Pakhtunwali. Believing this conclusion would lead to some paradoxical realities because an overwhelming majority of the victims of this backlash are the Pakhtuns. If these suicide bombings are not representative of mainstream Islam or the Pakistani culture, then by no stretch of imagination can they be associated with Pakhtunwali.

For the initiation of any popular Fata-wide backlash, the consensus of the jirgas would be a necessary pre-condition. But, instead of gaining that consensus, the Taliban have massacred more than 1,500 tribal elders, thus dealing a crippling blow to the jirga system itself. The reason is obvious: clan based Pakhtunwali conflicts with the ummah-based appeal of the Taliban’s version of Islam and as a result jirgas have been replaced by qazi courts wherever the Taliban have taken control.

It is very simplistic to explain the presence of outsiders in tribal areas in the context of “panah warkawal” (giving shelter). The norm is that any guest receiving shelter has to live according to the rules set by the host. But, the recent death of Khalid Khwaja at the hands of the Punjabi Taliban highlights the current pecking order in Waziristan. The local Wazirs were unable to even move Mr Khawaja’s dead body because their so called ‘guests’ had left them a warning note. This compliance of the Wazirs cannot be simply described as a mere show of hospitality.

While it is true that most Taliban are Pakhtuns, it is also a fact that most Pakhtuns are not Taliban. The Taliban form a fringe element within Pakhtun society. The resounding victory of the ANP in the 2008 elections was mostly an anti-Taliban vote. More recently, the results of a survey conducted by the Pew Research Centre in July 2010 of this year, shows that in Khyber-Pakhtunkhwa only seven per cent of the respondents approved of the Taliban, while the national approval was at 15 per cent. How could a Pakhtun backlash be less popular in the Pakhtun areas?

The Tamil Tigers were not exactly famous for killing Tamils, neither is the ETA known for targeting Basques. But on the contrary, the Taliban don’t discriminate between Pakhtun and non-Pakhtun targets. This fact is crucial to consider before putting an ethnic label on them. Khyber- Pakhtunkhwa and Fata accounted for 69 per cent of the victims of last year’s suicide bombings in Pakistan. How exactly is the death of Pakhtuns being avenged by killing more of them?

The real Pakhtun tribal backlash is in fact anti-Taliban. The raising of anti-Taliban lashkars is being done in many areas as a response to Taliban atrocities. As per demands of Pakhtunwali, these lashkars are raised in the spirit of ‘badal’ (revenge), the call to arms is under ‘azizwale’ (clanship), and they are backed by popular support through Jirgas. In terms of identity and cause, these lashkars are far more representative of the Pakhtuns than their ethnically diversified opposition.

Through the bullet as well as the ballot, Pakhtuns have spoken overwhelmingly against the Taliban. The specific targeting of the ANP leaders and the tribal elders shows that the Taliban are threatened by any symbol of Pakhtun majority consensus. If this backlash was indeed a Pakhtun one, then the ANP leadership and the tribal leaders would have been its main perpetrators, not its main targets.