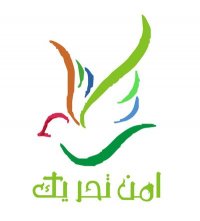 Amn Tehrik (Peace Movement) , an organization of  Political workers, civil society, writers, intellectuals, Lawyers, Students, Labours, Women, Poets and sensible segment of the society and comrises political workers of almost all the secular political parties working in the Khyber Pakhtunkhawa. Its activities ranges from humanitarian works  to raising voice on various issues faced by the people of  Khyber Pakhtunkhwa and pashtun diaspora.

Recently a meeting of its steering committee was held which raise concerns over various developments in the province. During the meeting the participants from various areas of militants concerned over the passive and deregulatory attitudes of Arms forces with the residents as they were interfering in their affairs while they also humiliating the people when they hesitate. The participants implored the Federal and provincial government to withdraw the Military forces from those areas and handed the power to the civil government as there was no any further red signals of Taliban intimidation.

Buner:  There are reports that military officials are involved in promoting terrorism in Buner and Brigadier In charge is alleged to be supporting the terrorists. A particular religious cum political party is friendly with terrorists and some military officials are having pleasant relation with religious party in question. People affiliated with said Party and its workers are present on check posts with military in Buner. It seems that people of Buner are not less than people of Swat in terms of slavery of Pakistan mullah and military alliance against Pakhtun. In Malakand division military is being defamed and people keep a distance with them for their people unfriendly attitude.

Dir: In Dir Malik Zarin a known pro terrorist person and military colonel are having friendly relation and a harmony is witnessed between them. Malik Zarin has been a famous Afghan war lord who has a strong linking with a pro terrorist religious organization and fought in Afghanistan during 80s. This man has occupied the lands of the people in dir and is still very much active to promote terrorism in area. People of Jandol held Jirgas several times against the atrocities but to no effect. In Malakand division the political parties are weak while religious parties, organizations and Jehadi outfits are active and getting strength with each passing day. Terrorist has kidnapped several people of Amn lashkar in Kohistan, District Dir. In this regard Sultankhel and Paindakhel have approached held several Jirgas but bore no fruit because the pro terrorist man is very powerful who is strongly supported by the military and a pro militant religious organization in area. In mid nights aerial firings are heard which further frighten the residents and disturb the sleeps of the people especially women and children. In Balambat, the situations are deteriorated and terrorism is tried to be promoted.

Swat: In Swat there are reports that civilians are not allowed to work for the welfare of people and development of the area. In Swat skirmishes often occur between police force and military personnel.

Peshawar: Similarly in Peshawar, the situations are getting worse and people are worried about their future particularly of their children. District Peshawar is surrounded by FATA where so called fake operations by military against militants are being carried out by the military. The terrorists often come to Peshawar and its suburbs where they terrorize people and in few days several schools were also blown up and others were warned to be exploded. Law and order situations are getting worse and many people were kidnapped and are being abducted with each passing day. There are reports that wealthy and well off people are migrating from Peshawar to comparatively safer areas of the country.

FATA: FATA is the burning issue regarding terrorism where terrorists have taken shelter and from where the terrorist activities are being carried out. The government tried to form a lashkar in Mehsud tribe but the people rejected it saying it is unacceptable to them as it means that lashkar people could be easily targeted by terrorists and the government gives no protection to the people in lashkar. It is evident that people have no trust in what the government is saying to them. In N. Waziristan there are 20000 Arab terrorists and 25000 Punjabi terrorists.

In FATA and other Pakhtun areas, the genocide of Pakhtun will be increasing in future. Training camps are also increasing in number in Punjab. Punjabi Taliban are upper hand in FATA. PML is equally or to say more dangerous than MMA and other religious parties in term of promotion of terrorism.

The out comes of the coalition between ISI, Military and militants will bear dangerous and lethal fruit for Pashtuns.

The collective political situations of almost all FATA agencies are same and have no difference at all. A live interview of Gulbadin Hikmatyar on a Pakistani TV Channel are alarming and is believed to add fuel to already volatile situations in area.

The game is not over yet. It is a proxy war. But the battle field is the Pashtun land unfortunately. There are reports that local Taliban are deserting terrorism but due to some compulsions now they are unable to do so. Local recruitment has stopped to some extent as now people have realized gravity of situations but as was already said there are compulsions which take them to the camps. The Afghanistan issue has entered into decisive phase due to which the fighting will be getting further momentum while situations in FATA and Peshawar will get worst and peace is not seen in near future.

Parlimaentary Elections in Afghanistan: The parliamentary election recently held in Afghanistanwas termed as welcoming and it was hoped that the election will further strengthen the democracy in Afghanistan which will pave the way for the peace and development in Afghanistan and region. The killing of Misri khan, President Hangu Press Club was strongly condemned. It was also demanded that regular meetings of Amn Tehrik should be held. Amn Tehrik should go to districts and people also who need the political awareness. Contacts between democratic and peace loving forces of the country is the need of the hour. The participants also condemn the abduction of Ajmak Khan vice Chancellery Islamia College University Peshawar and demanded for his release.

Condemning Conpiracies against Elected Govt: The participants of Aman Tehrik added that conspiracies hatching for tackling the elected government would plunge the country in new political dilemma and anarchy and there would be no ambiguity that it would increased the tribulation and suffering of people as militancy and flood have dejected them in bad manner.

Concerns over targets killing of Pukhtun in Karachi: They said that targets killing of Pukhtun in Karachi in the other parts of the country should stop immediately as some improvised elements have desire to irritate Pukhtun and efface them. They maintained that Aman Tehrik would extend its peace loving agenda to the other parts of country and would stimulate people toward peace establishment in country.

Click here to post a comment
21st September, Happy Birthday to beloved leader Bilawal Bhutto Zardari
Guilty if you are a Jiyala, Innocent if you are a Sharif