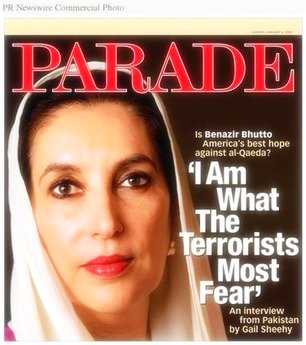 Every month has a heart jerking fiction of its own – the morsels of red dominate the grime, and the cries of the crestfallen reach their peak: where blood of humankind gets easy on the pocket and the demolishers are offered sanctuaries… Pakistan’s soil – it has now become a parable of viciousness.

“Drone strikes are a desecration to Pakistan’s territorial integrity, and have killed hundreds of the guiltless tribesmen” – Khan’s scheme of the widely dubbed as “Peace March” on October 7, 2012 was to exhibit the discontentment of the Pakistani population to the American drone hits in the tribal belt of Pakistan. Draped in the swathe of compassion with the reason being political point scoring, using the naivety of the illiterate and deprived Pathan tribes, he declined to gaze into the tangible information.

Does that call for a Peace March or a Protest Vigil? Should not Khan also be taking up on those themes, being very civilized and nationalistic? If this is the voice of all the citizens of Pakistan, then why a PTI flag – why not Pakistan’s for that matter?

On the very same day, a PPP rally that was supposed to be addressed by MNA and daughter of Chief Minister Sindh, Nafisa Shah was assailed. The firing episode that took place cost the lives of seven people including a ten year old child and a journalist, leaving many wounded, who will only endure with undeviating disabilities. A PPP worker cannot benefit from the same security as others do, because he signifies everything that the fundamentalists hate – the manifestation of a liberal, egalitarian and progressive Pakistan. Why is it only a humble PPP worker who has to forfeit? What was the felony of a 10 year old, who died to the pellets of those radicals?

I fully understand the men behind Al Qaeda. They have tried to assassinate me twice before. The Pakistan Peoples Party and I represent everything they fear the most — moderation, democracy, equality for women, information, and technology. We represent the future of a modern Pakistan, a future that has no place in it for ignorance, intolerance, and terrorism.

The forces of moderation and democracy must, and will, prevail against extremism and dictatorship. I will not be intimidated. I will step out on the tarmac in Karachi not to complete a journey, but to begin one. Despite threats of death, I will not acquiesce to tyranny, but rather lead the fight against it. – Shaheed Mohtarmah Benazir Bhutto.

An unsung tale of red it is – too sinister, too cavernous, yet not worthy of a protest vigil by the gentlemen in Pakistan’s politics!