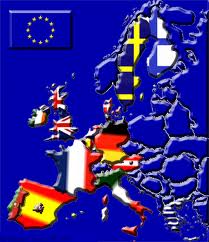 European Union countries agreed on Thursday to grant trade concessions to Pakistan to help it overcome the impact of flooding and maintain political stability.
Details of the concessions are not yet available, but British diplomats told the BBC that potentially they could be worth millions of dollars.
They say the deal could allow Pakistan significant reductions in duties paid on textile exports to EU countries.
The International Monetary Fund has agreed to provide a $451m loan.
The IMF said that money would immediately be made available to Pakistan.
It said it hoped its decision would encourage more lending by international donors.
“There is a deal done,” one European diplomat said, explaining that it would involve Pakistan receiving an “immediate and time-limited reduction” in duties on key imports to the European Union.
The details will be determined in the coming weeks, with the European Commission working with the World Trade Organization to finalize how it would be implemented and ensure trade rules are not violated.
The proposal is due to be completed by October, diplomats said.
TagsEuropean Union floods in Pakistan Germany IMF trade UK