“Let us recognize that democratic governance is a yearning shared and voiced by people the world over.  Democracy is a goal in its own right, and an indispensable means for achieving development for all humankind.”
Secretary-General Ban Ki-moon
Message for the International Day of Democracy 2010 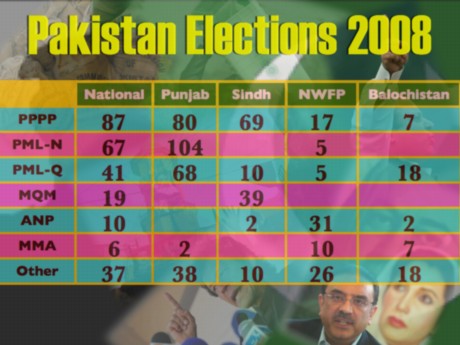 “It is widely accepted that democracy is a universal value based on the freely expressed will of people to determine their own political economic, social and cultural systems and their full participation in all aspects of their lives. This view was endorsed by all 192 member countries of the United Nations at the 2005 World Summit convened to mark the 60th anniversary of the United Nations.

The Universal declaration of Human Rights, adopted by the General Assembly in 1948, clearly projected the concept of democracy by stating “the will of the people shall be the basis of the authority of government”. The declaration spells out the rights that are essential for effective political participation. The spread of democracy around the world has been a significant achievement in recent decades. However, the humanity continues to confront with the triple challenges of building or restoring democracies preserving democracies as well as improving the quality of democracy.
UN, Secretary Ban-Ki-Moon General highlighting the essential link between democracy and development, in his message to mark the Day says “robust oversight, a vibrant civil society, the free exchange of information and ideas, popular participation – all these hallmarks of democracy are also crucial ingredients in generating economic growth and securing social justice.
To raise public awareness about democracy and promote democratization, development, and respect for human rights and fundamental freedoms, International Day of Democracy is observed on September 15 each year. Organizations like the Inter-Parliamentary Union will organize activities where people can learn more about how democracy is linked with factors such as freedom of expression and a tolerant culture.
Democracy has enjoyed unprecedented popularity in the last 50 years. Some speak of it as some form of universal good. It had previously been believed to be of Greek origin, created by Greek states who gathered a majority of their population to discuss and decide on policies of the state. New research shows that democracy is of Eastern origin, a form of self-government by people in lands that geographically relate to contemporary Iraq and Iran.
Before World War II, not too many countries lived under a democracy. It soon found its place as a form of popular governance where citizens can express their views and interact with one another in communities in their everyday lives. The transition to a democracy is guided by a constitution which allows the people to vote in a free election, and where everyone can take part in the government, directly or through freely chosen representatives. The will of the people is the basis of government authority. The strength of a democracy, however, depends on certain fundamental rights and freedoms which are found and protected by a constitution.
Today, democracy is the norm in many countries where people live together, free from authoritarian rule.
The Pakistani people have suffered horrendously under the yoke of military regimes. Pakistanis, who have suffered more than 35 years of direct dictatorship and are on a downward spiral of illiteracy, underdevolpment and hunger.
The regime of General Ayub Khan (1958-69) ruthlessly suppressed the working class and toilers, while pursuing an industrialization policy that enriched a tiny elite, the so-called 20 families. General Yaya Khan, in mounting a campaign of bloody repression against the Bangla-speaking people of East Pakistan (Bangladesh), who had been denied their basis rights within the Pakistan federation. This campaign resulted in the deaths of hundreds of thousands and caused millions more to seek refuge in India. But in many ways it was the dictatorship of General Zia-ul Haq (1977-88) that has proven the most destructive to the social fabric of Pakistan. The US made Zia’s regime the pivot of its strategy of fanning, in alliance with the Saudi regime, an Islamic fundamentalist rebellion against Afghanistan’s pro-Soviet government and ensnaring the Soviet Red Army in a counterinsurgency war. Pakistan’s role in arming and organizing the Islamicist insurgency in Afghanistan dove-tailed with Zia’s own efforts to use Islam to legitimize his regime and to promote the religious right as a bulwark against the working class and all progressive thought.
General Pervez Musharraf who seized power on October 12, 1999 in a coup against an elected government has committed heinous crimes against the people and the country. He has violated the Constitution, dissolved the elected assemblies, compromised sovereignty of the country, destroyed institutions, waged war on own people, murdered political leaders and innocent citizens, caused disharmony among provinces, created divisions among the people, weakened the foundations of the country, threatened its integrity and ruined the economy bringing untold of miseries to the masses.
Pakistan Peoples Party  government has put the country on democratic path and gifted several revolutionary packages to the nation i.e Liberal vision, clear stance on war against terrorism,  Benazir Bhutto Income Support Programme (BBISP), Haqooq-e-Balochistan Package, NFC awards, Gilgit-Baltistan Package, Kerry Lugar Bill, Constitution of Judicial Commission, formulation of friends of Pakistan forum, Pak- Iran gas pipeline project, reinstatement of thousands of employees on their jobs and 18th amendment are  the outstanding achievements by the government.