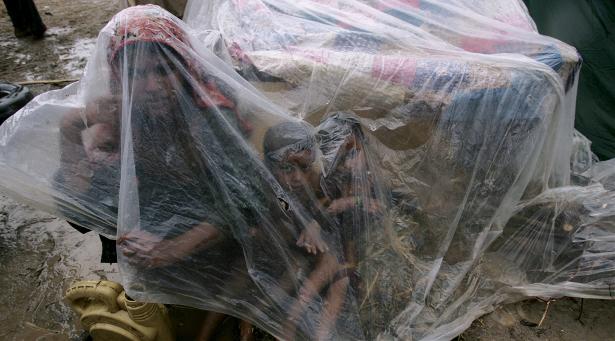 Free speech in a society ensures that rights of all the citizens, especially the minorities, are cared for and everyone enjoys complete peace of mind. A successful state requires holding assurances to the public that all fundamental rights will be looked after and, in return, the people feel protected and become more responsible in their social behavior.

Governance systems have evolvedthrough various phases and ages, learning from experiences, involving mitigation of shortcomings and errors, and restructuring. The aim of governance, save for autocracies, has been to transform the society and establish an ideal state on the bases of justice-for-all formula.

When the people surrender their independence and liberty to the state, the hierarchy of the state affairs becomes responsible for taking care of their interests and welfare.In other words, the rulers and power holders are duty bound to come up to the expectation of those who entrusted them to do the job of executive.

In this write-up an effort will be made to see how such an ideal situation can be achieved, so that we, as a nation, are able to be distinguished among the people around the globe.

Looking at the world, it can be said that successful nations have almost always been tolerant towards diversity and have strong democracy. The states under dictatorship have, on the other hand, been failures, plagued by disorders and non-functional institutions. It can also be inferred that development of the nations ruled by dictators has halted in the early stage of grooming. In these nations myriad issues emerge over time and both, state and the citizenry, are confronted with crippling situations. Some nations are able to come out of this situation, but most whirl down into chaos, eventually getting obliterated and remembered in history books, only.

By and large, the history of other nations may tell us a lot about governance issues, but a critical study of our own country wouldreveal considerable unique loopholes.

Pakistan has been under military regimes for most of its history, instead of elected representatives. As a result, it has developed a number of social diseases which have remained uncured for decades. Instead of opting for treatment, our nation’s tendency to follow the sab-acha-hay policy, has left us nowhere in the comity of nations.

Extremism has gotten deep rooted and those who are not coherent with the golden principal of ‘Individual Space’ have led the society to destruction, leaving us nowhere near to be called a progressive society.

Many prominent liberals never bow down no matter whatever circumstances they may face and have always been instrumental in bringing change in the societies.

But, like all other segments of the society,the liberals are also affected by hypocrisy and double standards. That this why the effectiveness of their activism has not been able to help the upward travel of the deteriorating condition of the society.

It has been seen that in Pakistan majority of the liberals are diseased by selective morality and they voice their opinion only when they see benefits and keep silence if the activism is unsellable.

Instead of joining hands for the uplift of the country they add fuel to the injuries of ailing nation and are always in the run for paving the way for declaring Pakistan as a failed, terrorist, extremist, intolerant and a bigot country, having no justification for existence.

The rule of politicians and dictators apart, the often less blamed segment of the establishment, the Babus, are also to be blamed for much of Pakistan’s agonies and failures.

The Babus, it is believed, hold sway over the rulers, being the executioners, implementers and the real policy planners, or ecowarriors, to say the least.

To this end, let me quote an account of one of my many experiences in dealing with the bureaucrats.

It was a fine evening of late 2010 and when Arbab Alamgir Khan, a politician from a strong political background, suddenly stood up and in a polite and compromising tone said, “AayeAaye Secretary Sahib, ta nawakhtashoway (Welcome, Welcome, Mr.Secretary you are a little bit late).

He was scheduled to have a meeting with the Secretary Kashmir Affairs and Gilgit – Baltistan, to review progress of widening of Karakuram Highway. At that time Arbab Alamgir was officiating as Minister for Kashmir and Gilgit-Baltistan Affairs.

The secretary Ehtisham made his entrance after we had finished a detailed discussion over construction of Highways in the country in general but Karakuram Highway in particular, learning about its stipulated time span, because it has already been too late.

The late entry of the AalaBabu (Secretary) reminded me of scenes I had only visualized as I paged through the books the British Military Officers wrote during their posting in our areas, as Political Agents.

The Babu triumphantly smiled and shook hands and went straight towards his sub ordinates, leaving us seated to carry on with the discussions, while sipping the tea.

I had lost interest in the discussions as in my heart there were torrential waves of anger for the system of country where public was doomed to have no say, in the presence of a strong class which has taken hostage the affairs that were to be dealt by the representatives of the public.

ArbabAlamgir Khan shrugged his shoulder and said Babus are to be respected else they cannot go ahead, even a step.

Unfortunately, the Babu-General nexus has pervaded throughout the life of this nation, with Jagirdars (Feudal) functioning as forefront and key players, keeping the country backward and undemocratic.

The people were made to pay price for being Pakistani when fourth partner of these three, the industrialists, jumped into power game and took their own share.

They seem to be thinking that public woes are their successes and prosperity of the public might weaken their hold on power.

Naturally, the public was left unattended and uncured at the mercy of fundamentalist and violent forces, which have now established strongholds in the very fabric of the society.

What we face today is extremism, poverty, ignorance,lawlessness, intolerance and many more, mainly because of poor governance.

Nevertheless, it is never too late provided we Pakistanis get united and fight back against the segments who have exploited us more than enough.

It is time to wake up and raise voice for the rights that we have been denied.

The day is not far when we will stand like a proud nation, I hope.