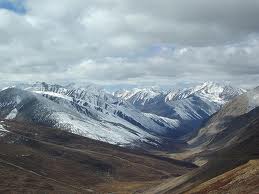 Eid-ul-Fitr is over and the festivities are slowly dying down. As usual it has been hectic and it is heartening to see the resilience of the Muslim Ummah which is capable of celebrating amidst of turmoil, bloodshed, killings and what not. From full-blown civil war in Syria to an impending one in Lebanon, from killing of Egyptian border guards to drone attacks in Waziristan, from turmoil in Bahrain and Saudi Arabia to massacres of Muslims in Assam to brutal genocide of Rohingya Muslims in Myanmar, is there anything to celebrate? Yet we did celebrate. In a way it is good that at least one day we get to celebrate amidst all this depressing gloom.

Fortunately this Eid passed without a major incident in spite of the fact that there was a lot of apprehension of a major terrorist strike in Pakistan fueled by the statement of its interior minister Mr. Rahman Malik of a strong possibility of such an attack based on intelligence inputs.

We as Muslims have become sensitized to these otherwise gruesome events and therefore they don’t seem to have any effect on us anymore. We have become apathetic and don’t seem to react anymore to such events. So is our celebration a reflection of this apathy? As long as this does not affect us directly why to bother about it or even if it does as we can’t do anything about it forget it. Apathy is not a trait of a Muslim who because of his firm belief in the Mercy of Allah (SWT) is always optimistic. You have to look for some signs of His Mercy even under dire circumstances and you will find them and then it is your duty to spread them so that your fellow Muslims don’t fall into this state of general apathy and don’t become despondent of His Mercy.

The event of 9/11 can rightly be considered as a watershed event in contemporary Muslim history because it changed the rules of the game and Muslims have been at the receiving end since then. Many of my Muslim brethren believe that Americans have failed to achieve what they aimed to achieve at the start of their so-called “war on terror”. They have reasons to say so, after all they have been forced to quit Iraq, they are on a verge of defeat in Afghanistan and their intervention has been a stimulus for “Muslim Renaissance” in the form of the so-called “Arab Spring”. This has seen many pro-Western dictators as Bin-Ali of Tunisia, Mubarak of Egypt and Qadafi of Libya toppled and being replaced by Islamist forces. Most of this is true but I humbly beg to differ from my friends who hold this view. I am not a pessimist as I have mentioned above but I believe that while we maintain hope and celebrate our victories we also remain vigilant about the evil designs of our enemies and don’t become complacent.

I believe that while all of above is true the American invasion seems to have had a potentially devastating effect on The Muslim Ummah in the form of fuming the fires of mutual mistrust and hatred between the two major denominations of The Ummah i.e, The Shias and The Sunnis, and this I believe is the single most important factor which has the potential of negating all our achievements and I feel my moral duty to share my apprehensions with my brethren even if they may disagree. This one dangerous trend is rise of SECTARIANISM. However, I acknowledge that a tiny minority of radicalised terrorists killing Shias in Pakistan do not represent Sunnis, thus anti-Shia sectarian violence may be the right word instead of Sectarianim in the context of Pakistan. What has been the reason for this is an entirely different matter but the fact is that this is a reality which we need to accept and confront. I believe that this is the single most important problem facing the Muslims presently and the one which has a potential to negate all our achievements and turn us into a nation of perpetual infighting in which we lit the fire while our enemies only have to ensure that they pour some oil from time to time and Allah forbid the whole Ummah will be engulfed in this fire. I believe that every single Muslim has a role to play in this by simply following one principle which Prof. Muqtadar Khan aptly states as “Muslim should be intolerant of intolerance”. This is not to say that sectarian differences are a recent phenomenon. It has been there for ages but there have been two recent changes in this phenomenon which are particularly worrying.  One trend is it’s becoming more generalized and gaining foot-hold in the general public rather than a small minority which is evident by the results of recent PEW survey showing a marked rise in mutual hatred in Muslim communities particularly in Middle-East and North Africa. The other dangerous trend is that the introduction of intolerance which often leads to violence. The dialogue has become increasingly vitriolic often reaching the levels where even Takfeer is being used against one another even in the form of open Fatwas. This my dear brethren is a dangerous situation which needs to be recognized, confronted and opposed with all the resources available to us at all the levels be it individual, family, social, educational as well as legal. I believe that we are at cross-roads and this is not the time to push negative tendencies under the carpet; it is time to take them head-on. This is not to the time to play blame game. It is clear that there are extremist tendencies on both sides of the sectarian divide and it is the responsibility of all of us to identify them, confront them, oppose them and bring back Islamic ethics of tolerating differences of opinion. 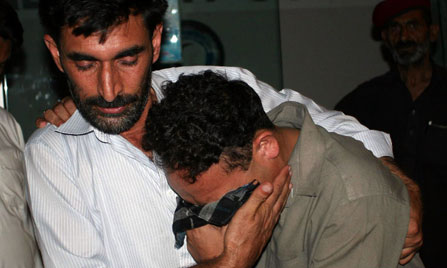 With this background I pay tribute to unsung heroes of Babusar. Babusar is a remote place in Pakistan on road leading from Rawalpindi to Gilgit. A couple of days before Eid-ul-Fitr it was a site of massacre of 20 Shia Muslims at the hand of extremists. When I read the news I as usual felt very depressed with celebration of another Eid being marred by this act of sectarian madness. These 20 people who were going to Gilgit possibly to celebrate Eid with their families were dragged out of the bus, identified as Shias by their national identity cards or in some cases by marks of zanjeer-zani on their back and shot and killed at point blank range. This was a repeat of a similar event which took place earlier at Chilas, the chilling video of which is available on You Tube. As usual the social networking sites were abuzz with abuses and curses from both sides by those for whom such events are opportunity to increase hatred and drive the wedge further. For people like me it was another incident generating a sense of shame, disgust and depression.

But in all this state of depression I received a news which filled my heart with a sense of joy and pride. There was a news report and eye-witness account that four of those killed in the attack were Sunnis and what was most moving for me was the fact that their killing was not a case of mistaken identity. They were not killed because the killers mistook them as Shias. They were killed with full knowledge that they were Sunnis but ones who refused to identify their Shia brethren and showed the moral courage to protest against the killings and so paid the price. The news channels and media which reported the event took no notice of this. For them this was not news but for me this is the news of greatest significance. For me it was the greatest Eid gift I could have received. For me these were the “real but unsung heroes of Babusar” and just to ensure that their act of courage and sacrifice does not pass un-noticed I decided to share this with my Muslim brethren. What is important they were not some Western-educated, so called emancipated individuals who learn the ideals of tolerance, justice and non-violence in Universities. They were simple Muslims who have imbibed the real values of Islam simply by living them. They are Muslims who know that the differences of opinion can’t under any circumstances be made as justification to violence in any form. They are part of a long tradition where differences of opinion are acknowledged, but tolerated. These people are part of a long tradition wherein the differences are discussed but where Islamic ethics of disagreement are strictly guarded. My salute to these unsung heroes who by their sacrifice brought some warmth and happiness in what would otherwise have been another gloomy, sad and depressing Eid-ul-Fitr. I can only hope that majority of peaceful Sunni population in Pakistan and other countries too will follow this example and speak loudly and clearly against systematic Shia genocide in Pakistan at the hands of Jihadi-sectarian militants.

The author is a Consultant in Department of Cardiology, at Fortis Hospital Vasant Kunj, New Delhi and can be contacted at hakimyasir@hotmail.com.

Disclaimer: The opinions expressed by contributors, are solely those of the authors, and publishing them does not necessarily constitute an endorsement of the opinion by LUBP.