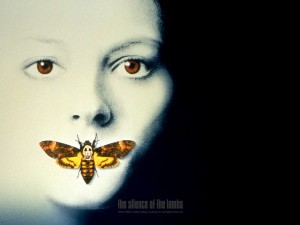 The distinctly familiar dusty wind struck my face as soon as I stepped into the city where I was born. The dry mountains stood silent and blockaded; one could sense the dismay blended with shame and inadequacy. The warm summer day still had the chill in its breeze; I could finally realize that this was the coldness of death. Deaths of 700 innocent Shia Muslims who have been crucified at the altar of national security and apathy. As I moved forward into the city, I could feel Quetta announcing its regrets. Places can talk out so loud.

People, however, are different. They are better at hiding secrets, at forgetting truths, at turning their backs to facts and at adjusting themselves to the unsound and the unlikely; because, if it were only people, one could not have realized, at the face of it, that something was genuinely wrong. People rushing to workplaces, car horns beeping, people buying and selling things, arguments, laughter – it all just seemed so normal; so unbothered. Routines could be cruelly unchangeable.

Quetta, the provincial capital of Balochistan, is dominated by the Pashtun people, but also houses several other ethnic groups including Baloch, Hazara, Punjabi and many other minority groups.

The Hazara people, predominantly Shia Muslims, have lived in Quetta for about two centuries and have been active citizens of Pakistan and, despite being in minority, they have made advancements in different fields like politics, education and sports. However, for the Shia-Hazaras of Quetta life in Pakistan has not been easy. Their distinct features and the fact that they are overwhelmingly Shia Muslims have made their ethnicity rather a source of recognition of their belief and have consequently made their systematic genocide even easier.

Shia Muslims have been under attack throughout history, and ever since the creation of Pakistan, the minority has been targeted; however, in the last 3 decades the death count has been significantly increasing. The persecution of Shia-Hazaras in Quetta, as a systematic genocide, began in early 2000s when 5 people were shot dead by LeJ in 2001. It was followed by 2 major incidents in 2003 when 12 police Shia cadets were shot on their way home followed by 55 worshippers being gunned down during Friday prayers. Later in 2004, the Ashura procession was attacked by LeJ and 42 people lost their lives. Within 4 years, the Behisht-e-Zainab graveyard was populated by hundreds of new graves.

In those days, when I saw the place, it was a small area separated by the rest of the graves and reserved for the martyrs only. The place spoke – of the chaos, of suddenly having to dig tens of graves. It had a strange feeling to give to me; I could not identify it as any of the defined emotions I knew. It was like an extreme of some unidentified emotion. Aside from the place, the people had their stories to share. Among the first line of the graves, there was one with a picture on top of it – an innocent child with an endearing smile; I could not begin to imagine such a sinless face under the soil. There were more – of the children and their stories; of the old men and their tales and of the young hearts and their dreams: all under the ground.

When I saw the place this time, it was populated with almost a thousand people; a thousand stories. Agonizingly, this time the place was silent. It was people whom I could hear; people weeping convulsively, some children sobbing and sniffing and some heart wrenching screams.

Apart from the tears, the only response, to this ruthless genocide, from the Shia-Hazara community has been in form of condemnations and demonstrations that by now seem not to be bothering the sleeping consciences of those on the fence.
I am one of those on the fence neutrals; a spectator who sees, sympathizes, leaves and forgets. I am a silent bystander who tends to get used to of the guilt of being silent. I am the one who can tame her conscience.