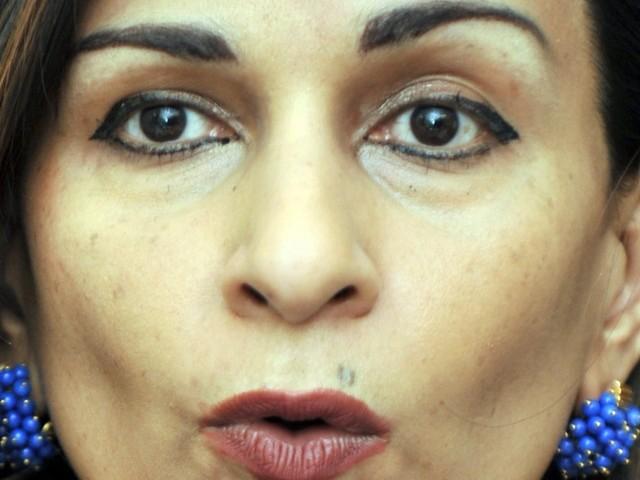 At a panel discussion during the Aspen Security Forum last week, the Pakistani envoy to the United States, Ms Sherry Rehman traded barbs with two key figures of the US administration on Pak-Afghan policy. President Barack Obama’s special adviser on Afghanistan and Pakistan, General (Retd) Douglas Lute, the former US ambassador to Afghanistan, General (Retd) Karl Eikenberry, and the current Afghan ambassador to the US, Eklil Hakimi participated in the session moderated by Steve Kroft, the host of CBS News’ 60 Minutes. The Pakistani embassy in Washington, DC circulated the programme video just as what the media called the “zingers” let loose by the Pakistani ambassador made headlines in the US and Pakistani press.

NATO has already rejected some claims made by the Pakistani ambassador such as her assertion that Pakistan shared information on cross-border infiltration with NATO/ISAF some 52 times. She also said that Pakistan helped the US apprehend 250 top-tier al Qaeda leaders before closing her remarks with a message for Generals Lute and Eikenberry, saying, “We don’t welcome or sanctuary foreign fighters on our soil…There is no question now of hedging bets…This is a new Pakistan. Catch up, gentlemen!”

The Pakistani ambassador did not care to explain what had those 250 al Qaeda leaders been doing in Pakistan in the first place. Not one, not two, not ten, but 250 of them, and of course, the mama hornet, no less, all caught in Pakistan. She lamented about the US having walked away from the region after the demise of the Soviet Union, leaving Pakistan to clean up the mess. It is not conceivable that the whole al Qaeda brass had been lounging in Pakistan without the knowledge and/or support of its omnipresent intelligence agencies and the latter’s Punjabi jihadist protégés. While the world appreciates the Pakistani effort in handing over the terrorists, it certainly does not see it as a favour to the US and the global community.

After all, the US may have walked away from Afghanistan but it sure as heck did not ask Pakistan to babysit this whole regiment of terrorist ringleaders. Ms Rehman’s views showed little concern about the US sensitivities on many issues, including Osama bin Laden’s days in Pakistan. As she was busy defending Dr Shakil Afridi’s arrest under the draconian Frontier Crimes Regulation as a “constitutional” move, elsewhere at the meeting, the chief of the US Special Operations Command, General Bill McRaven was fielding questions about the Navy SEALs raid to squat the mama hornet, within a mile of Pakistan’s premier military academy. Pakistan and the US’s perceptions could not be further apart.

Even the rather reticent Afghan envoy, Mr Hakimi did not mince any words about how his country felt about the ever-patronising and intrusive Pakistan. With the US Senate and Congress recently approving the bill to declare the Jalaluddin Haqqani network as a terrorist outfit, the US and Afghan views are even more aligned than before, as the upcoming US-Pak spook summit will show. Even as she claimed that Pakistan has given up the policy of strategic depth, the Pakistani Ambassador’s call for a “more inclusive” — read more Taliban and Haqqani network — dispensation in post-2014 Afghanistan appeared to echo the Pakistani security establishment’s dream project of having these groups at the head of the table in Kabul.

Unfortunately, the fact is that nothing is further from the truth than the ‘this is a new Pakistan’ line. Pakistan remains a country where the India-oriented Punjabi jihadists rule the roost and religious minorities continue to be hounded and eliminated physically. Just as the Pakistani ambassador was speaking via video link to the audience in the resort town of Aspen in the Rocky Mountains, a video featuring another kind of mountain was circulated on the Internet. The 16 minute-long clip is a speech delivered on June 19, 2012 at Kabirwala, Punjab, by the leader of the terrorist outfit, Lashkar-e-Jhangvi (LeJ), Malik Muhammad Ishaq, who is introduced therein as the jabl-e-istiqamat (the mountain of perseverance). Anyone who has any illusions about the ‘new Pakistan’ or how the 250 top al Qaeda leaders were able to hang out in the ‘old’ Pakistan must watch Ishaq’s venomous tirade at http://www.youtube.com/watch?v=8ZXuWocTPB4&feature=player_embedded, also archived by the bloggers at https://lubpak.net/archives/81574

Malik Ishaq starts by brushing aside Mr Muhammad Ali Jinnah and virtually dismisses his role as the founding father. He swiftly moves on to eulogise the banned extremist outfit Sipah-e-Sahaba Pakistan (SSP) for everything it has done — and continues to do — against the Shia, whom he consistently labels Kafir (infidels). The chief of the SSP, rechristened as Ahle Sunnat wal Jamat (ASWJ), Maulana Muhammad Ahmed Ludhianvi is seen presiding over the rally. Ishaq instigates the frenzied mob to take action against the Shia and their religious rituals. He then pulls out what he claims are the caricatures of the Companions (May the Lord be pleased with them) of the Holy Prophet Muhammad (PBUH), which he alleges were distributed by the Shia on the ‘web’. The nastiest drivel accompanies this display and the mob’s frenzy rises exponentially. At no point does Ishaq directly call for killing the Shia but the props and ploys used in the context of Takfir accompanied by the innuendo about the SSP’s achievements, i.e. slaughter of the Shia, leave no need to order a direct hit. The sordid video gives an insight into understanding how Shia killing is incited and the killers programmed. It would not be a surprise if at rallies like this the zealots volunteer their services to take out the ‘infidels’. All this is happening in broad daylight in the ‘new Pakistan’.

The Punjab-based jihadists, and especially the SSP that spawned virtually all anti-India terrorists, is where the Pakistani strategic depth, India-centric jingoism and the religion-tethered state ideology converge. One does not know if Malik Ishaq is the mountain of perseverance or not but he most certainly is the volcano of hate. Pakistani diplomats can delude themselves about the new Pakistan that does not harbour terrorists but the world has had enough of the terrorist lava coming out of this country. It has already caught up.

Click here to post a comment
Breaking the Arab News: Al Arabiya and Al Jazeera have lowered their journalistic standards in their coverage of Syria – by Sultan Al Qassemi
PML-N, Judiciary, ISI and LeJ gang-up in Punjab; 100 Shias arrested