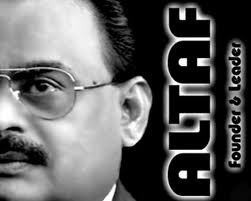 Altaf Hussain’s statement inciting ‘patriotic generals’ to take steps ‘like martial law’ against ‘corrupt feudal and land lord politicians’ is an expression of intent to support subversion of constitutional rule in Pakistan. This statement is not only mischievous, but also malicious. It has been uttered (and vociferously defended by MQM minions) not in naivete or desperation, but in full view of the historically omnipotent role of the army within the political arena. Much of the thoughtless commentary in the written and electronic media suggests that Altaf Hussain’s problem identification is spot-on, but solution faulty. This is simply not true. His problem identification is inflammatory, misleading and self-serving, and the solution disruptive, illegal and unworkable.

The MQM statement and its shameless defense and the resultant name-calling and finger-pointing within the political arena provides an insight into how fragile democratic values are in Pakistan and how vulnerable a civilian government is to khaki adventurism. Despite all their fiery rhetoric and tedious jugglery with words the Farooq Sattars and Haider Abbas Rizvis of MQM have failed to explain what role Altaf Hussain envisages the ‘patriotic generals’ to play in addressing our mighty problems of governance and under what provision of the law would the khakis assume such responsibility. The Pakistan Army is part of the executive and under the control of the federal government according to our Constitution. How can generals hold corrupt ministers accountable without breaching their oath under the Constitution and usurping functions of the federal government?

If Altaf Hussain was merely emphasizing the urgent need to usher change and was speaking of a revolution in a rhetorical sense, why would he not try and recruit all citizens of Pakistan as agents of change instead of ‘patriotic generals’? If the MQM was not propagating an unconstitutional role for the military, why would fork-tongued MQM representatives make blaring speeches about the moral responsibility of generals to stand up this time for the ordinary people of Pakistan in a backdrop where the institution has repeatedly imposed martial law in self-interest? Does the MQM really find the rest of us this gullible? When has any general ever claimed to impose martial law in self-interest?

The script of all military takeovers has been identical: “circumstances are so dire that the skies are about to cave in … the country and its people need to be saved urgently … it is not martial law but a shortcut to true and meaningful democracy … if in the course of a larger good the law and the Constitution get screwed a little bit, so be it … we must keep our eyes on the big picture … Pakistan Zindabad.” And such speeches are always preceded by a section of the political class (read MQM in this case) engaging in intrigues and actively cultivating public opinion to accept khaki adventurism in the name of national interest.

First of all, the MQM’s identification of the problem is flawed. A feudal class engaging in corruption when in politics is not the fountainhead of Pakistan’s ailments. Our problem is an elite class that comprises feudal elites, industrial elites, military elites, bureaucratic elites, religious elites, professional elites and political elites. The composition of the elite might change a little overtime and so might the relative clout of each of these competing elites in controlling the state and its resources. But the overall role and character of the elite stay constant, which is to maintain and nurture a state structure that is neither focused on service delivery nor believes in investing national resources in organs and agencies of the state responsible for citizen welfare.

For the last two decades the MQM has been an integral part of the elite that controls the levers of power in Pakistan. It has been an ally of both the mainstream political parties – the PPP and the PML-N during the 1990s. It jumped into Musharraf’s lap immediately after he decided to put together a civilian façade for his regime. The MQM’s Ishratul Ibad is probably one of the longest serving governors of Sindh. The party was a partner in the federal and the Sindh governments during Musharraf’s regime. It continues to be an ally of both governments to this day under a PPP-led dispensation. The MQM, as a political entity, thus forms an integral part of Pakistan’s power elite.

Being an insider and continuing to be part of the ruling regime, does the MQM feel not the slightest bit hypocritical decrying civilian political elite’s corrupt ethics while offering no apology for its own politics? If it is such a champion of change, why did it violently sabotage the lawyers’ rally in Karachi on July 5, 2007 and oppose restoration of the deposed judges? If it is truly a supporter of egalitarianism, what explains its petty opposition to IDPs or flood victims being given refuge within the confines of Karachi? If it believes that the present government is evil incarnate, why remain appended to such evil while calling it names? If it was so interested in upholding people’s right to know details of the Nawaz Sharif exile deal, why wake up to the issue ten years too late while staying in power all along?

Without first taking responsibility for its share of contribution to Pakistan’s corrupt political ethic, the MQM has no moral authority to make shrill self-righteous noises. The MQM’s antics are a manifestation of our political rot. The party seeks accountability of others, but is loath to present itself for accountability or work to create sustainable institutionalised mechanism for accountability. It demands devolution of authority to provinces and local bodies and castigates lack of democracy in other parties, but remains the ringleader when it comes to authoritarian party structures. It wants empowerment of the ordinary citizen, but is widely seen as lording over the commercial hub of Pakistan.

And what is the MQM’s prescribed elixir for Pakistan’s ills? Patriotic generals! How long shall we stubbornly refuse to learn lessons from our checkered history? We have had direct army rule in this country longer than civilian rule, even without counting the long stretches when military has continued to control the state and ruling governments from behind the scene. The military remains the most powerful institution of the state despite our transition to democracy. If khakis had answers to Pakistan’s multifarious problems, we should have been heaven on earth by now. Our politicians might be corrupt and incompetent, but no more than the other elites that share state power.

It is only ordinary citizens and not generals who have the right to hold public representatives accountable. We need to lower the barriers to entry into politics. We need to make our political parties democratic. We need to revamp our electoral process and implement campaign finance laws. We need to setup permanent accountability processes that force holders of public office to treat state authority as a sacred trust. We need to redefine national security to mean the physical, emotional and food security that the state affords to each citizen. We need to fix our lop-sided civil-military imbalance. And we need to find and train political leaders who help accomplish all of the above by reordering our state priorities and building institutions that function seamlessly without relying on extraordinary individuals.

The bad news is that our problems have no quick fixes. But let us not allow our growing frustration with an incompetent government and concern over the sluggardly pace of political reform to be mistaken as an opportunity for palace intrigues. A change of façade alone will do us no good. We must hold our ruling regime’s feet to fire. But we must also stay the course and focus on nurturing and strengthening democratic norms and institutions within the confines of our Constitution.

Click here to post a comment
Challenge to be converted into opportunity to build new Pakistan, says Gilani
Our Frankenstein is out to get us -by Ammar Zafarullah