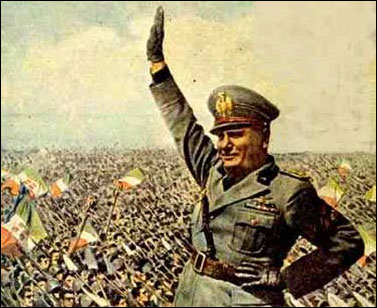 “Mussolini is the biggest bluffer in Europe. If Mussolini had me taken out and shot tomorrow morning, I would still regard him as a bluff. Get a hold of a good photo of Signor Mussolini sometime and study it. You will see the weakness in his mouth that forces him to scowl the famous Mussolini scowl that is imitated by every 19-year old Fascisto in Italy. Study his past record” — ‘Mussolini, Europe’s prize bluffer’, Earnest Hemingway, The Toronto Daily Star, 1923.

While the discussion about who breached which river embankment and why goes on, Pakistan’s prize bluffer has attempted to breach the bulwark of democracy itself.

The undisputed leader of the Muttahida Qaumi Movement (MQM), Mr Altaf Hussain, has called for patriotic generals to take action similar to a martial law against corrupt politicians. Is this a cry for help from a bleeding heart or a vicious threat? The past record says it all. All the scowling, verbosity and thunder — part theatrics and part cheap imitation of the late Allama Rasheed Turabi — cannot hide an inherent insecurity that a chauvinist enterprise feels in a functional democracy.

Packaged to look like a statement made at the behest of the military brass, the sinister pot shot at democracy is a bluff by an arch-Bonapartist looking for a strongman to protect his fiefdom in southern Sindh. Add to it the August 20, 2010 meeting — a diplomatic routine — between Mr Hussain and the US State Department functionary, Bryan Hunt, and one has all sides thinking that the other wants a change of guard. But the timing could not be worse: Mr Hussain has added insult to the massive injury caused by the floods. On one occasion where the MQM had an opportunity to jettison its neo-fascist baggage and help the nation recover and rebuild, its leader has stuck to his myopic agenda pursued through intrigue. 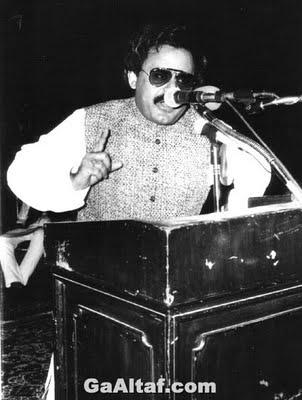 The levels at which this call to topple democracy is heinous are too numerous to count. But consider Mr Hussain’s words: “If we have to choose between two evils, we will go for the lesser evil. If our generals are ready to take any initiatives against these criminals (politicians) who have looted and plundered this country, then we will welcome them.” Who is he appealing to, two generals, a few, or all the corps commanders? Is the recently reappointed chief of army staff (COAS) included or even the intended audience? If not, is he calling for a mutiny within the armed forces as well? And who is to certify the ‘patriotism’ of the potentially revolting officers? The demagogy a la Il Duce and the ‘captive’ audience of both glued to faceless speakers notwithstanding, Mr Hussain would have been well advised to think his too-clever-by-half instigation through. While Article 6 of the Pakistani constitution may not be of much consequence to such instigators, the top brass is not likely to look kindly at any turmoil within its own ranks.

While the disaster management efforts of the present government in the wake of the massive floods are shoddy at best, to call for a quasi-military rule in a country that has suffered four martial laws is to submerge it in a bigger deluge. Some have drawn comparisons between the current crisis and Cyclone Bhola in 1970 that devastated the then East Pakistan, the inept management that followed and the subsequent independence of Bangladesh. But the last straw that broke the camel’s back was not Bhola, it was the ruthless martial law imposed in East Pakistan. With bombs going off in South Waziristan and Kurram agencies, Balochistan completely alienated and more than five million Pakistanis without a roof, it is ruthless to inundate the nation with the threat of martial law.

Mr Hussain is not alone in pretending to be the bellwether for things to come. In the not so distant past his bitter rival, Mr Imran Khan, had claimed that he could ‘fix’ the terrorism issue, if given 90 days to lead the country. But 90 days by whom and under what mechanism, he did not elaborate. It may have been political bravado but his past credentials as the cheerleader of General Musharraf’s referendum certainly raised a red flag.

Tune in to a certain media outlet that has taken upon itself to undo the verdict of the 2008 elections, and one could hear the armoured cars roaring. After a relentless onslaught to discredit the elected government, this media group has organised a supposedly apolitical flood relief fundraiser in collaboration with Mr Imran Khan without any disclaimer about the latter’s highly divisive politics. Now, the flagship English daily of the group, in its editorial about Mr Altaf Hussain’s rant, has failed to categorically denounce the call to subvert the constitution.

Hemingway recorded in vivid detail the meeting he, along with other reporters, had with Mussolini, who was hoping to make headlines in thousands of newspapers the next day with his angry dictator looks. He reported for the Star: “Mussolini sat at his desk reading a book. His face was contorted into the famous frown. He was registering Dictator. I tiptoed over behind him to see what the book was he was reading with such avid interest. It was a French-English dictionary — held upside down.”

The changing dynamics of southern Sindh, especially Karachi, have got the MQM boss worried. The party that was about to ban the internally displaced persons (IDPs) from war-ravaged Malakand division from moving into Karachi and Hyderabad, has now been making muffled noises about the Sindhis taking refuge there. The MQM governor, who served under General Musharraf for five years, recently presided over a meeting to curb the influx of refugees, on security grounds. He would be hard-pressed to do so in a democratic set-up. The MQM is scowling to hide its weakness.

While the Pakistan People’s Party (PPP) has rolled over and is playing dead, Mian Nawaz Sharif has minced no words in condemning what is tantamount to high treason. Attempts to dislodge the elected civilian set-up in Pakistan will be met with stiff resistance and scorn at home and the world will not condone military adventurism. Holding the book of geopolitical strategy upside down, Mr Altaf Hussain has overplayed his hand; it is time for all democratic forces to call his bluff.