A nearly true depiction of the Non-State Actors at play, arousing public sentiment at all times against a single target! 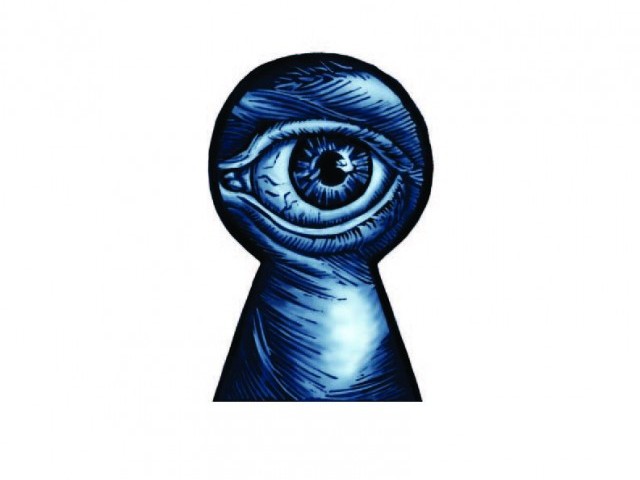 As a veteran TV commentator with stints at both Expressive News and Gee-whiz News, not to mention KRY News and Yawn News, I jumped at the opportunity offered by the recent spate of tragedies in the country to interview firsthand the victims of these disasters.

The idea was to offer my viewers insight into the wretched lives of these devastated people and highlight the shameful lack of concern shown by every single agency and government functionary. It wasn’t easy. For five non-consecutive days I had to do without my air-conditioned studio and most of my make-up artists and image consultants. And then there was this nasty business of getting my designer-wear wet and muddied. Nevertheless, true to the intrepid journalist that I claim to be, and for maximum sensationalism and highest ratings, I ventured forth and interviewed like mad. On-the-spot. For those who may have missed my coverage — because of load-shedding, floods, water-in-the-TV, drowning, electrocution, target-killing or other routine causes  — here are some excerpts from my outstanding efforts:

1. At the Karachi Airport following the Air Blue crash — talking to a victim’s father:

Me: Do you know if your son miraculously survived or did he perish horribly like the rest of them?

Me: I mean, our Interior Minister said five people were rushed to a hospital, although, viewers — looking gravely and knowledgeably at the camera — we know the chances of surviving such crashes are very, very slim.

Me: There, there sir. I was wondering if you could tell our viewers how dear your son was to you. And how impossible it will be for you to ever recover from this irrevocable loss.

Me: Yes viewers, he was the eldest son…such a tragedy! And the government is doing nothing, nothing about it!

2. Deep in flooded southern Punjab, talking to a hapless half-naked farmer flanked by his barely-afloat buffalo:

Me: So this buffalo is all you have left?

Me: So how do you feel about it?

Me: Wading into thigh-deep water, putting an arm around the farmer for the proverbial dramatic effect/human touch. Viewers, as you can see, this man is devastated. He only has this half-drowned buffalo left. With more floods forecast, it too will soon perish.

Me: And the government is doing nothing, nothing about it!

3. Up in a makeshift relief camp near a ruined village somewhere in K-P, amid families uprooted by the floods:

Me: The situation here is dire. Crumbling tents, poor sanitation, and deplorable food supplies. Gesturing at the camera. Now if we can get a shot of the village behind me… yes… can you see, utter destruction, whole houses, all gone! Gone! Thrusting the mike in the faces of a bunch of kids. So how bad is it for you in this camp?

Me: The conditions in the camp can cause outbreaks of deadly diseases and severe mental trauma, especially among children. How do you feel about that?

Me: You see viewers, it’s very bad! And the government is doing nothing, nothing about it!

4. In Karachi, deep in a violence-infested neighbourhood, with a family mourning a young son:

Me: He was a mere boy, viewers. An innocent who had nothing to do with the murderers ravaging this once-glorious city. He went to fetch groceries and got caught in a deadly crossfire between rival gangs. What a terrible twist of fate! To top it all off, he was the only bread-winner. Shoving the mike in the victim’s mother’s face. Do you feel responsible for his death?

Me: How many more mothers will wail to the end of their days! Karachi is burning. And the government is doing nothing, nothing about it!

These, readers, were just a few nuggets of my highly professional and comprehensive coverage of recent tragedies. Stay tuned for more!