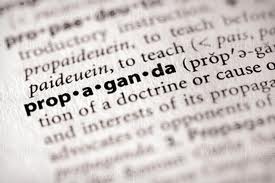 13.8 million people in Pakistan are affected by the worst flood in a century. More than 1,600 are dead and many more unaccounted for. Entire villages and towns have been consumed by rising water levels, and hundreds of thousands are stranded. Official figure stands at 1600, but that figure will surely grow as disease and hunger take their toll.

Tens of thousands of villages have been inundated, in Punjab alone, an estimated 8.5 million are homeless. The total number homeless is at least 20 million, with tens of thousands of villages under water. Rising floodwaters have reached Sindh, the southernmost province, where the Indus flows into the Indian Ocean, with towns in the northwest part of the province, near the border with Baluchistan, placed on high alert.

The death toll in the northern area has been estimated at 1,600. The Pakistan government has not increased the estimated death toll as countless villages have been inundated in the center and south of the country, leading to fears that a huge additional loss of life will be reported once the flood waters recede. There is also mounting concern that contagious diseases like cholera will break out in the aftermath of the disaster, as tens of millions of people are compelled to drink contaminated water, since they are being provided no alternative.

A total of 62,000 square miles, one fifth of the entire land surface of Pakistan, is now under water. The economic damage is colossal. According to one account, rains destroyed 500,000 tons of wheat, ruined 300,000 acres of animal fodder, and killed 100,000 head of livestock. More than 1.5 million acres of crops have been damaged, including wheat, corn, cotton and sugar cane. In a front-page analysis Wednesday, the Washington Post wrote: “Staggered by the scale of destruction from this summer’s catastrophic floods, Pakistani officials have begun to acknowledge that the country’s security could be gravely affected if more international aid does not arrive soon.”

As the toll of death and destruction in Pakistan from unprecedented flooding continues to mount, popular media and it’s inane talk shows are raising concerns not over the colossal human tragedy, but over president’s visit to Europe and credibility of the civilian government. The media were playing the[fake] condemnable incident during his visit to UK 24/7, instead of paying attention to masses suffering from massive flood. It is true perception that corporate media and the analysts would have criticized Zardari even if he had cancelled the trip on on pretext or other. had he even been in Pakistan during these floods the media would have brought some new[non] issue because this is the only “Task and Assignment” given to some Planted Anchors and analysts in the Media.

lamentably, all the major media groups are maneuvering to advance their own socio-economic, political and business interests, regardless of the consequences for the Pakistani people. The crisis has emerged as a biggest opportunity of political point scoring and blame game? if you have any doubt see our talk show especially[incoherent]views on news and dim- witted investigative stories of Kamran khan.

Some private TV channels and news papers are also indulging in such propaganda exercises i.e one urdu newspaper now blames US, India and Afghanistan for the floods. There you go again on the same conspiracy theories. The liberal but immature media of Pakistan is continuously targeting PPP led government and compulsive bashing of the President. We think what needs to be done is a careful presentation of the facts in a balanced way. In times of great need, such as the havoc the waters are wreaking on Pakistan, we see mediocrity-infested programs on TV channels an infuriating barraged of mindless talk shows and sword crossing current affairs programs.

Sadly, private corporate media only focusing on it’s viewership, rating and advertisement-and it’s inane talk shows are hell bent on defaming elected civilian government. It is the high time when we need to focus on relief work and the rehabilitation of the flood victims, but our media is busy in mud-slinging. The blame game tactics will polarize us further , we have to unite as a nation and work on the reconstruction of the affected areas.

The Pakistani media is also questioning credibility of the civilian government, but the world has full confidence in the PPP-led government. American ambassador Ms Anne W. Patterson says that the US administration was dealing with the Government of Pakistan and had full confidence that it can deliver. Prime Minister Yousaf Raza Gillani said that tremendous response was received from foreign countries regarding aids, including USA, UNO, EU, NATO, Germany, Australia, Afghanistan, Japan and India had positively responded. He said that people of Pakistan were also giving heavy donations while an amount of Rs 1.58 billion had been received directly through cheques.

Instead of developing unity ,and thinking about the people suffering in Pakistan, media and it’s inane talk shows rather play their dirty politics and letting their own people suffer for their own selfish motives. A responsible media must highlight the flood situation to the world, show local, both private and public, response to inspire others and monitor the process of aid, this much they owe to the victims.

Click here to post a comment
Lynching of two brothers in Sialkot – Where was the conscience of onlookers? By Ahmed Iqbalabadi
Pakistan’s Future: It’s choice–not chance – by Bilal Qureshi