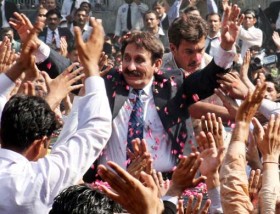 The Chief Justice of Pakistan Mr. Justice Ifthakar Chaudhary, who was reinstated to his top position after rigorous anti-dictatorship efforts of champions of democracy and pluralism, has stunned everyone with his recent remarks against the Parliament and secularism. The Chief Justice, who surely is able enough to grasp the real meaning of legal and constitutional terms, said if the Parliament in Pakistan was given a “free hand”, it would, he feared, convert the country into a “secular” state.

The Judiciary and the Parliament in Pakistan have locked horns with each other ever since the ouster of former military dictator Pervez Musharraf. Similar to the country’s old political stakeholder, the military, the Judiciary has now emerged as the self-appointed “custodian” of people’s rights against a widely elected parliament. The judiciary has unilaterally waged a war against the so-called “incompetent politicians” and the “disqualified parliament”. Therefore, it believes it is “responsible” to keep a vigilant eye on the performance of the parliament.

Similar derogatory views that looked down upon the parliament were vented sometimes back by Qazi Mohammad Anwar, the president of the Supreme Court Bar Association. Ideally, the judiciary should stay away from politics in order to demonstrate some professional discipline. After all the judiciary has a better understanding of democracy, constitution, separation of powers and the rule of law. Now that the judges have stepped up to humiliate the elected parliament, a deliberate attempt is being made to create rifts among state institutions. Thus, it is the time the judiciary’s violation of its constitutional mandate was strictly checked.

Judiciary plays a pivotal role in any working, or even defective, democracy. At the same time, it must learn to respect the constitutional mandate of the parliament and understand its limitations. In no functioning parliamentary democracy can the judiciary be placed on a higher position than the parliament. 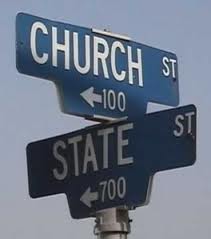 Secondly, one wonders how the Chief Justice of Pakistan interprets “secularism”. If he has the same connotation for secularism which is used by the right-wing political parties in the country (which is la Deen in Urdu) then he is surely leading the entire country towards more trouble. Pakistan, as proven by the popular August 11, 1947 Speech of Mohammad Ali Jinnah (1876-1948), the country’s fonder, was supposed to be a secular state.

In Jinnah’s vision, a secular state was not one where no one worshipped any kind of God. Instead, Jinnah believed followers of all religions should have the freedom to practice regardless of what religion they followed. His Pakistan was meant to be tolerant and accommodative of all people irrespective of citizens’ religious affiliations.

With some much bloodshed in the country on the name of religion over the past many years, the Chief Justice must understand the way forward for Pakistan is secularism if the country wants to get rid of religious fanaticism that is over taken the country. This country can no longer afford to see its citizens killed in the battle between “good Muslims” and the “bad Muslims”, Sunnis and Shias; and “Muslims” and Ahmedis. The Chief Justice should refrain from playing politics only to win the support of the largely illiterate masses in this country. It is for the Parliament to decide whether it introduces secularism or Islamic Sharia in the country. This important responsibility cannot be given to the judiciary at any cost. 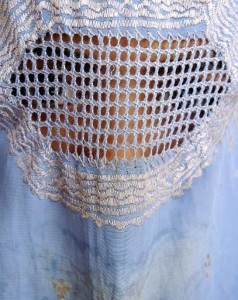 The CJP has further scared his liberal supporters. Even those who support the top judge’s argument that Supreme Court of Pakistan should have the power to play the “big brother” role in the country’s politics are equally concerned about the political feelings of the CJP. Who is going to guarantee that the Supreme Court, if granted more powers than the Parliament, is not going to convert the country into a theocratic state? What is going to happen to the rights of the millions of religious minorities who have been victim of the religious zealots over the years?

Of floods, Global warming and punishment from God – by Nimer Ahmed
We did not do it – by Gulmina Bilal Ahmad