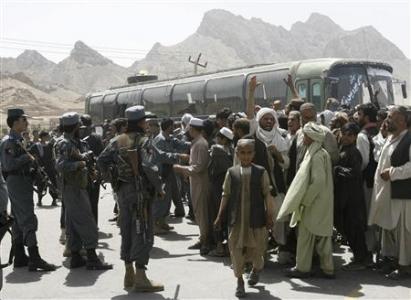 I wrote this in response to the recent heinous killings of Punjabis travelling on a bus near Sibbi in particular and the general racial hatred being carried out in Pakistan.

I strongly condemn the killing, not only this incident but all others that have been happening before it for the last 3 years, of punjabis being racially targeted in Baluchistan.

But while saying above, I would just like to add that outside punjab, in all the three provinces and prior to 1971 in Bengal, the pakistan army in perceived, repeat perceived, as being Punjabi.

This military has done three or 4 military operations in Baluchistan and even today thousands of baluch youth are ‘missing’ for months and years- a term used to denote ‘illegal hijacking of people by ISI/MI and tortured in private military establishments’ in a country which boasts High and Supreme courts.

When political parties, civil society in Punjab and the rest of the provinces keeps mum on these military operations and state sponsored hijackings, the message that the common Baluch youth gets is that general public support such illegal and inhuman acts by the military. 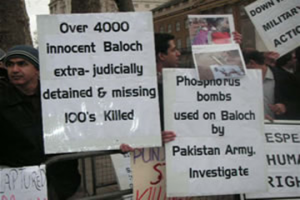 The ONLY way to stop this killing of innocents in Baluchistan is that several large demonstrations take place in a couple of main cities of Punjab protesting against military operations/state hijackings of Baluch youth and demanding immediate withdrawal of troops from Baluchistan. This will sent a loud and clear message that the ordinary people of Punjab are with the ordinary Baluch.

Our so called progressives/liberals/left kept mum when this same military was butchering Bengalis in the thousands and the end result is before us.

Punjab is the biggest province and has the biggest share in the military and Pakistan’s predatory ruling Elite. Till the public in punjab keeps mum on the exploitation carried out by Ruling Class belonging to Punjab, ordinary people in other smaller provinces would continue to perceive that they are in league with the Punjabi Ruling class and the oppressive Pakistani State that it predominates.

Hence for the success of the peoples’ struggle in all the four provinces in overturning the stranglehold of Pakistan’s ruling class (again belonging to all the 4 provinces) it is absolutely necessary that a robust people’s movement is waged in Punjab by common Punjabis. And that this people’s movement in Punjab should connect its struggle with all the struggles being waged by the exploited majority in the three smaller provinces.