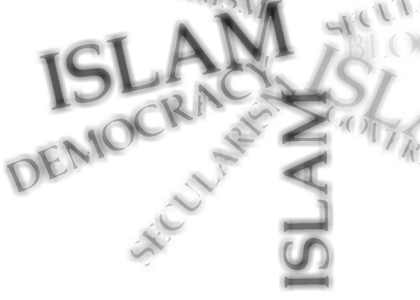 We are a people blessed with time but a country for which time is running short. Clarity is a rare commodity; clarity in terms of our actions, our thinking, judicious dispensation of aid and even our worldviews.I had written earlier on how we are ideological schizophrenics. We want to be part of the global world community. Our actions, however, do not support this wish.

We are key players in the war for freedom yet we continue to flirt with the extremists who have caused the martyrdom of 3,178 security personnel. Only this year, 322 have been martyred. I am consciously not quoting civilian deaths on the assumption that security agencies, being one of their own, might be dearer to the state. We facilitate the operation in South Waziristan but refrain from launching one in North Waziristan. The argument given is that the North Waziristan-based militants are targeting Afghanistan and not us. Yet.

We are anti-western in beliefs but western wannabes in action. This personal hypothesis was supported while reading the results of a study on the socio-political attitudes of the young Pakistani elite. This study had 608 respondents from Islamabad, Lahore and Karachi. It broadly shares the findings of the study in a popular English monthly magazine. The respondents were all specifically classified as the ‘elite’, i.e. upper-middle class Pakistanis having access to private, reputed educational institutions that are a sure meal ticket in Pakistan as well as abroad where a majority of them will surely end up.

Some major trends have been teased out from the respondents. The first of these is: “Pakistan’s young adults abhor violence that is targeted against their own circle.”This is not surprising whether one looks at it historically or in the context of the recent ongoing war for freedom. While the parents of some of these respondents must have spent the good part of the 1980s and 1990s brainwashing children in the madrassas with a brand of Islam that served their vested interests, while they encouraged children to wage jihad in Kashmir, it is not acceptable when the guns are turned on them. When CD shops were ransacked, cables cut and women flogged somewhere in the then Frontier province, people tut-tutted over it, but it did not really hit home. It was when Islamabad and Lahore were attacked — when the political elite was targeted — only then did it dawn on them.

“They do not understand the link between their particular worldview and latent radicalism,” is another finding of the study, latent radicalism being defined as “the inability to accept the other”. Is it surprising that latent radicalism is prevalent in a country where the chief justice remarks, “Should we accept if tomorrow parliament declares secularism and not Islam as the state polity?” The very framing of the question reveals that the judiciary of a country consciously thinks that it is in a position not to ‘accept’ or ‘reject’ the popular will. This might be a case of farfetched understanding of judicial review. A leading newspaper correctly asked, “Should the Supreme Court appropriate for itself the responsibility of determining under what system the Pakistani people want to live, as expressed by their elected representatives?”

The chief justice’s remark is one example. We get upset at cases of Islamophobia in the West but the treatment that we mete out to non-Muslims residing in Pakistan is quite palatable for most of us. Muslims should not be discriminated against internationally, but it is quite all right for us to demolish Hindu temples in Rawalpindi. Umerkot has a significant population of Hindu Pakistanis. A radio station playing bhajans (songs of devotion) was promptly shut down by PEMRA, according to the Asian Media Barometer, published by the Friedrich Ebert Foundation. If the same had happened in another country over naats we would have been up in arms.

I am also aware of the discriminatory treatment meted out to the non-Muslim internally displaced persons (IDPs) at this time of crisis, where the Ahmedi flood victims are not being aided. It is no wonder that the Agha Khani and Ahmedi communities have developed such excellent systems of self-help within their own communities that they are no longer dependent on the crumbs that escape the Pakistani majority’s table.

The survey quoted above also reveals similar results. About 62 percent of the respondents agreed with the government declaration of Ahmedis as non-Muslims. No wonder the media channels at the time of the attack on the Ahmedis referred to it as an attack on the religious places of the Ahmedis. No one dared to call it a mosque — not even an Ahmedi mosque.

The survey also found that “there is a greater affinity for religious norms and religious identity”. Of course there is, for this affinity yields benefits. Religion really is the opium of the masses, as popular religion appeals to the lowest common denominator and blocks out all critical thinking. The drawing room seminaries of Al-Huda give a chance to middle-class women to socialise under the garb of religion. So, why would there not be a greater affinity? We condemn terrorism but fail to see that extremism, whether latent or not, leads to terrorism.

When asked during the course of the study if Pakistan should be a secular state or not, 56 percent were against the idea. It is quite all right for us to go abroad and benefit from secular societies and governments but secularism at home is a dirty word because of its vernacular translation of la deeniat (anti-religion).

We are a nation of hypocrites and masters at absolving ourselves of responsibilities. Everything is the result of conspiracies hatched against us. The colossal tragedy of the Air Blue crash over the Margalla Hills was, according to some, hatched by Blackwater. The present devastation caused by the floods is to be laid at various provinces’ doorsteps according to another conspiracy. We are, it seems, not far from the day when we will blame the West for our milk not being delivered on time.

When will we assume responsibility for our actions, our thought processes and our bigoted world vision and seek clarity? Our holier than thou attitude is not going to get us anywhere.

Click here to post a comment
Why is CJP Afraid of Secularism? – by The Baloch Hal
Help the secular, or face the extremists – by Daud Khattak