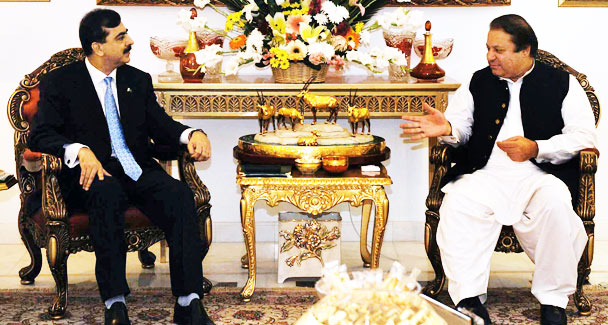 An appeal has been made to My Lord the Chief Justice of Pakistan by 10 eminent citizens, in the following words. “An appeal by the citizens of Pakistan: Request to scrutinise the five-year tax returns, declaration of assets and the foreign nationality of parliamentarians and the president.

“Now that a large number of parliamentarians have been shown to have fake degrees, three other equally important aspects of our lawmakers need to be ascertained to ensure that the requirements of the constitution are upheld. These are: (a) tax returns; (b) full declaration of assets; and (c) the dual nationalities (Article 63C of the constitution).

“Like the fake degrees, the Election Commission also failed to scrutinise these three essential requirements. We therefore request the Supreme Court to order the commission to scrutinise all parliamentarians including the president for their past five years’ tax returns, full declaration of assets and the dual nationalities. Those found guilty should be punished according to law, removed from their seats and not be allowed to contest in any future elections. Further, this information should be made public by displaying on Election Commission website and through official newspaper announcements. The voters have the right to know the true worth of those they are voting for.”

Laudable, most laudable. But might I as a citizen object most strongly to singling out politicians for this scrutiny? I would beg My Lord Chaudhry to immediately ask the applicants to include the following in their request too so that the antecedents of all segments of society, particularly those in government service i.e., paid by the state, such as the civil bureaucracy; the armed forces; and the judiciary itself are also checked and the information ‘made public’.

Might I also add that big business must also be investigated for the taxes its leaders pay, and whether they also hold dual nationalities? Justice must not only be done, it should be seen to be done, across the board. Much more than that, the people have the ‘right to know’ who they are paying through their noses to keep in the right royal styles our big sahibs are used to.

This absolute obsession with politicians makes me sick to the stomach to tell you the truth, reader, when high officials of other organs of state are equally, actually more, to blame for the state this poor country is in today. Why you might well ask? For the very simple reason that politicians aka ‘bloody civilians’ have never been allowed to even complete their tenures in office, being booted out ever so often by the establishment. For the very simple reason that army dictators ruled the country for far longer, individually and collectively, than politicians.

It is right to ask, for example, why the rivers were not dredged so that their beds would not silt up and rise, resulting in the devastating floods. It is right to apportion blame to political governments, but surely more of it rests on dictators’ shoulders. While civilian governments must be held answerable for what they did not do in 17 years should army governments not be asked why they did not do what they should have done in 31? For how long will the establishment take the rest of us for fools?

It turns my stomach when I read on the Internet about how much an MNA costs, how much a senator costs, and how much an MPA costs? Why is it that no one asks how much a major general or a lieutenant general costs? Why this lighting on politicians only?

On another tack, it is true that some of them are venal; it is true that some of them do stupid things that bring the country a bad name; but were all dictators as pure as driven snow? How appropriate was it to assert that certain women in Pakistan get raped so that they may get an immigrant’s visa to Canada? So can we get off this one-track mindedness please, and look at all Pakistanis with the same eye and judge them by the same standards?

I have said this before but it bears repeating because it is all like water off a duck’s back: it is all very well for the press and the judiciary to take stringent note of alleged (civilian) corruption in the Steel Mills, but how come the same stringent note is not taken of the alleged (military) NLC scandal in which billions were allegedly lost on the stock exchange?

How come no one is taking notice of the alleged Saab early-warning system scandal? How come there is no public enquiry or suo motu notices on the reported financial woes of the DHA Islamabad that threaten the health of several banks? Or on the alleged theft of irrigation water by army units and formations?

We must have answers to these vital questions, and to those that I asked last week, for the very existence of our country is in danger. Mukhtar Ahmed Butt, writing in ‘Letters to the Editor’ (Aug 15) says authoritatively that the ISI has “nabbed hundreds of suicide bombers”. Well, where are they, then? He goes on to say, “it is not the ISI or our intelligence agencies that have failed but it is bad governance, coupled with political compulsions and compromises, that are major hurdles in controlling the situation”.

Really now? What then happened in the rule of Gen Musharraf when Mullah Radio’s so-called clandestine FM radio transmitter was not unearthed for five years, and the Taliban were digging in without let or hindrance? Was it “bad governance and political compulsions and compromises” that were “major hurdles in controlling the situation” then too?

In the end may I salute the prime minister and Mr Nawaz Sharif  for so wisely coming together on the flood commission issue? More strength to them I say.