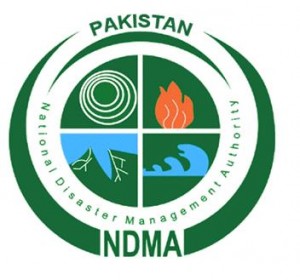 This was forwarded to us by our reader Aley

Islamabad: Consumer Rights Commission of Pakistan (CRCP) expresses serious concerns on the announced formation of an independent commission to oversee relief and rehabilitation operations in the flood-hit areas. The formation of such a commission is politically motivated and tantamount to disrupt the existing national disaster management framework, at a time when Pakistan is facing a colossal disaster of magnitude far greater than the tsunami.

CRCP deems National Disaster Management Commission, as envisaged under National Disaster Management Ordinance 2006 as the appropriate forum with representation from all the stakeholders to oversee and supervise relief and rehabilitation operations in the flood-hit areas. The commission with Prime Minister as chairperson includes; Leader of the opposition in the Senate, Leader of the opposition in the National Assembly, Chief Ministers of all the provinces, Prime Minister of AJ&K, Governor KPK for FATA, Ministers for Defence, Health, Foreign Affairs, Social Welfare, Special Education, Communications, Interior, and Finance; Chief Executive (Chief Minister) Northern Areas; and Chairman Joint Chiefs of Staff Committee; thus making it not only broad based but having representation from all the provinces. In the presence of such a commission, formation of a new body is not only peculiar but imprudent and injudicious.

The assumption that creation of such a commission will bridge the trust deficit vis-à-vis international community is flawed and unsubstantiated as the proposed structure will lead to widen it further instead of bridging it. It is noteworthy that existing national disaster framework adopted in post earthquake 2005 was not only a well thought of initiative but was in compliance to the international covenants to which Pakistan is a signatory i.e. ISDR 2000 & Hyogo Framework for Action 2005. Besides, creation and functioning of existing Disaster Management framework is fully supported by the international agencies especially UNDP in terms of funds and technical support. So it is surprising that how scraping the same or making it dysfunctional will attract the international donors? Though the pace of provision of funds may be termed as slow, as the enormity of disaster is unfolding gradually, the donors have not shown any distrust or inability to provide funds for relief and rehabilitation. Till August 18, 2010, $208 million (42% of the estimated requirement) has already been committed.

So far as the inclusion of men of integrity is concerned, this can be addressed by invoking Section 3 sub section (p) of NDMO 2006, whereby the Chairperson (Prime Minister) can appoint representatives of the civil society or any other person to the National Commission. Therefore, instead of making a parallel body comprising people like Rana Bhagwan Das, Dr. Rizvi, Ali Ahmad Kurd, and Nasir Aslam Zahid etc., the most appropriate solution is to include them in the commission under the given provisions.

CRCP deplores the failure of the government to convene the meeting of National Disaster Management Commission till date, despite the fact that the degree of severity to which people have been affected is unmatched; more than 15 million are directly affected, reported death toll is standing at 1402 and more than 9 hundred thousand houses have been destroyed.. It is significant to note that last meeting of NDMC was held on January 03, 2009 and regardless of the present disaster situation and statutory requirements, it is more than 18 months since the commission has not been convened.

CRCP believes that only strong and efficient institutions are the panacea instead of creating parallel structures. No matter how credible and honourable the members of the proposed commission may be, the existence of parallel structures will result in administrative inefficiency as well as misuse of funds resulting in a delayed and more fragmented response to the flood disaster. In such times we as a nation need to think beyond mere politics and understand that the strengthening of the existing institutions will not only instill the confidence of national and international community but will also alleviate the issues of transparency and efficiency

Pakistan Floods: What Ashu Lal says! -by Jehangir Hafsi
The Role of the Media – by Sindhyar Talpur