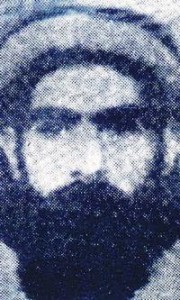 By Arif YousafzaiPESHAWAR August 7, 2010: The banned Tehrik-e-Taliban Pakistan (TTP), has warned Muthahida Qaumi Movement (MQM) and Awami National Party (ANP) to stop hatching conspiracies against the innocent Pakhtoon living in Karachi, who are falling prey to targeting killing in the port city of Karachi. In a radio message sent to this correspondent, the TTP top commander and trainer of suicide bombers Qauri Hussain said alleged that ANP and MQM were responsible for lawlessness and incidents of bloodshed in the financial hub of Pakistan, Karachi. Quari Hussain in his recorded voice says that ANP and MQM are politicizing the Karachi issue and were busy killing innocent Pakhtoons for their small gains. Qauri Hussain, the known Taliban commander who is known for training suicide bombers, who Taliban call Fidayeen, in his audio warning message says that if ANP, MQM and Federal government didn’t stop massacre of innocent Pakhtoons Taliban would be compelled to kick start suicide bombing in Karachi and targeting killing of MQM leaders. Below is the exact and unedited version of Qauri Hussain audio message which Taliban himself have translated in English. Quari Hussain statement in his own voice (Translation )“ANP and MQM have hands in the screwed situation in Karachi. They do this just for their own political game and for polishing their political shops. They are killing innocent people especially Pukhtoon People for their political aims. We, the TTP give very clear message to MQM, ANP and the Federal Government to refrain from killing the innocent people especially the Pukhtoon otherwise we will send our Fidayans to Karachi and will do harsh Fidayee attacks on the government officers, politicians, government offices and buildings and the situation will be so deteriorated that no one will be able to mend it. The ANP should ashamed that whether they brought peace to their own province and especially Peshawar that they are talking about bringing peace to Karachi. We inform ANP, MQM and the Federal government to take our statement seriously and to stop the shedding of blood of the innocents people especially Pukhtoon otherwise we will make the situation so dreadful that no one will be able to mend it. Then the TTP will not be responsible for it but ANP,MQM the central government will be responsible”. The TTP statement has come to fore in time when Pakistan’s President Asif Ali Zardari has signaled fresh negotiations with the Pakistani militant wings, most of whom have gathered under the umbrella of Tehrik-e-Taliban Pakistan (TTP). Some of the Pakhtoons living in Karachi have welcomed the statement and called it an attempt which could help stop Pakhtoons bloodshed while some people have described the TTP statement as an act that could further deteriorate the situation.There are reports that TTP and its allied groups who have been involved in fueling anti Shiite feelings have already established hideouts in the port city of Karachi. Insiders are of the opinion that Taliban seem to have finally decided to launch attacks on MQM leaders after they have embarked on killing spree of ANP leadership. ………………………….EndsThe writer is Peshawar based journalist.Email: arif.journalist@yahoo.com

Click here to post a comment
Pakistani Floods Affect Millions, But Level Of International Aid Pitiful- By Vilani Peiris
An appeal from Khyber-Pakhtunkhwa – by Zubair Torwali