“God brings night and God brings day. God brings light and God brings darkness. Victory and defeat are in God’s hands. In our hands is the decision to live a life that can give us the satisfaction to say, when dying, that we lived a full life, a life devoted to serving humanity and its highest ideals.” Shaheed Mohtarmah Benazir Bhutto

President Asif Ali Zardari – one of the most enthralling figures of the Pakistan’s politics observes his 57th birthday on July 26. For the masses, he is the singular sanguinity, of course, because he leads Shaheed Mohtarmah Benazir Bhutto’s party – the largest political party of Pakistan, which was established to serve the “Awam”. There are many, who would convey their disenchantment over the existing circumstances, partially because their focal spring of comprehension is the news bulletins and the talk shows on the television. Nevertheless, divergent to their views, I would express gratitude to Mr. Asif Ali Zardari for leading this dominion in the worst predicament of its narration, and making this land, a very better place to live in, as reckoned by its founders.

He married the Daughter of East, Shaheed Mohtarmah Benazir Bhutto on December 18, 1987, and after joining ties with a member of the Bhutto family, President Asif Ali Zardari has demonstrated a paradigm of valor, and ardor by always standing by Shaheed Benazir Bhutto at the most awful of the times, favoring incarceration to treachery to his ideals – i.e. to provide Bread, Clothing and Shelter to the people of Pakistan, and to lend a hand those who had been dispossessed of their indispensable rights ever since Pakistan’s underpinning. This venture cost him his health, and family life, and for eleven and a half years, he had to tolerate the sweltering heat of the prison cells followed by appalling persecution, and other corporeal and psychological twinges. Despite the fact that the assertions against him remain unverified till the very day, he scarcely spent 9 years of his married life with his family – the lockup was Zardari’s second home. His children grew up devoid of a father’s affection and Shaheed Benazir Bhutto had to spend years fighting those bogus corruption arraigns alongside bringing up the children, and leading the party all alone. When released, he had become a heart patient followed by other ailments. The family had barely gotten together that the shadowy afternoon of December 27, 2007 filched his beloved wife and the leader of people, Benazir Bhutto from him.

He forfeited those 11 and half years of his life, and his personal life, purely in the anticipation of an improved prospect for the people of Pakistan. This nation is too obliged to Mr. Zardari! Salutation to his audacity!

In the repercussion of the earth-shattering December 27, 2007, President Asif Ali Zardari carried towering the crest of the peoples’ power – the red, green and the black flag which posed the utmost hazard to the despots and their mean ends, thus, saving Pakistan from mayhem and sliding doors. Zardari attested to be the true successor to the celebrated heritage of Quaid e Awam Shaheed Zulfikar Ali Bhutto, and after routing a totalitarian – his wife’s murderer, led the Pakistan Peoples Party to victory in the general elections to serve the people of Pakistan, and materialize Shaheed Benazir Bhutto’s vision of a progressive and egalitarian Pakistan – Pakistan that was too precious to her heart.

No one was primed to escort the country in those muddled situations, but it was Asif Ali Zardari who did not relinquish, and after becoming the President of Pakistan, President Asif Ali Zardari immediately relocated the powers to the chosen representatives of the people, and willingly handed over the authority to the Prime Minister by terminating the Article 58 – 2 (b) to the constitution of Pakistan. The NFC awards gave sovereignty to the provinces, and the Benazir Bhutto Shaheed Income Support Programme was commenced to back the dearth stricken masses. Women were authorized through legislation, and the rights of the minorities guaranteed – Successful military operations were accomplished in Swat and the northern areas to blotch off the terrorists, who created a peril to the country’s security, solidity and economy. The setback of the internally displaced people was unraveled within a year, and the areas hit by the calamitous floods were rehabilitated. Poor friendly schemes were initiated, and the government ensured the freedom of press and judiciary. The strategy of reconciliation remains the hallmark of the current PPP regime, and enormous attempts were made to prevent this democratic system from being wrecked.

He is the first ever head of the state to donate all of his body organs, thus abiding with the Pakistan Peoples Party’s convention of sacrifice. After Shaheed Mohtarmah Benazir Bhutto’s assassination, the challengers of democracy interrogated “Will the PPP survive”? President Asif Ali Zardari’s dedication and enigmatic leadership has provided a substantiation that the Pakistan Peoples Party has come to survive forever. His love for every Pakistani child as Bakhtawar, Aseefa and Bilawal, and concern for the wellbeing of the population makes him unparalleled in Pakistan’s history.

Thank you Mr. President for setting the base of a tolerant and thriving Pakistan – We would always remain beholden to your enormous courage, and sacrifices.

Happy Birthday to the Man, who gave up his everything for Pakistan!

From a daughter, always prepared to give up her life for you! 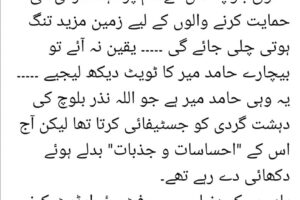 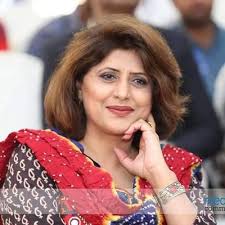