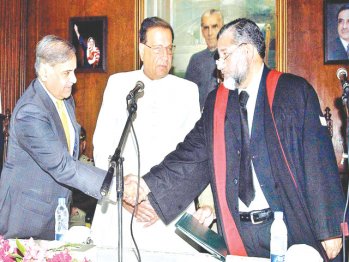 Salman Taseer, Governor of Punjab, is on Twitter for the last few weeks. His tweeting style has been described as candid and uncanny. For example, Taseer does not shy away from making frank comments about his opposition in Punjab, i.e., the Sharif brothers. Taseer often uses twitter to update about his activities or views; and frankly speaks what comes to his mind, irrespective of the conspiracies that later might be developed or attributed to his tweets.

Here is an interesting piece on Salman Taseer’s Twitter life which has been taken from an article by Nadir Hassan in The Express Tribune (30 May 2010):

It is often lamented that Pakistani politicians, unlike their counterparts in the West, are not forced to routinely give press conferences where their answers are unscripted and they have to speak off-the-cuff. Prepared statements, vetted by countless advisers and consultants, are all well and good. What Pakistanis would like to see are public figures forced to reveal their thoughts and opinions, something that would show their personality.

Although the number is still small, at least a dozen politicians have signed up for, and aggressively use, Twitter, a social networking site that allows users to post short thoughts no longer than 140 characters. It has allowed previously dull politicians to market themselves and show their true colours to the Pakistani people (or at least to that minute segment of the population that obsessively checks Twitter). 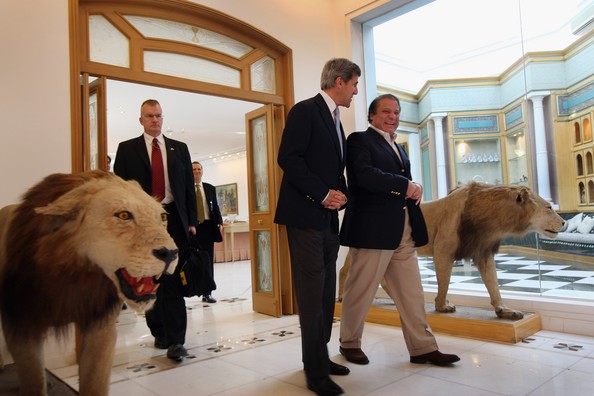 Few have to taken to Twitter like Punjab Governor Salmaan Taseer. In the one month that he has been posting regularly on the site, Taseer has lashed out against the Sharif brothers, journalists and the judiciary. In doing so he has revealed a biting wit few imagined he possessed.

On May 5, he tweeted (a word that may sound ridiculous but has become a part of the lingua franca of the Twitterverse), “Noting with concern the Sharifs r only paying rs5000 per month tax I have asked for them to b included in the Benazir Income Supprt Prgrm.” He followed that up a few days later with a comment on Nawaz Sharif’s London trip and the British elections, “Following Nawaz Sharif sudden departure for UK we r expecting formation of Labour Party ‘forward block’.” On the occasion of his two-year anniversary as governor, Taseer, who had been vehemently opposed by the PML-N throughout his tenure, said on Twitter, “In may I will complete 2 yrs as governor punjab.plz send ur flowers gifts etc to Raiwind to thank the sharifs for their love and support.”

When Taseer felt the need to comment on the Hamid Mir controversy, it was an indicator that Pakistani political scandals had moved into cyberspace. An audio recording, purportedly between talk-show host Mir and a member of the Taliban, had indicated that Mir may have incited the murder of ex-ISI official Khaled Khawaja, who had been kidnapped and killed by a previously-unknown group calling itself the Asian Tigers. Although Mir denied that he had ever had that conversation, Taseer blasted him on Twitter. The day his newspaper, The Daily Times, published a front-page editorial blasting Hamid Mir, Taseer tweeted, “Go 2 google ‘hamid mir busted’ and u can c who is linked wth Taliban.”

But Taseer doesn’t use Twitter only to fight political battles. His bon mots cover all topics, including cricket. During the recent T20 World Championships, when Pakistan needed England to win their final match to qualify for the semi finals, the governor wrote, “Tomorrow I will be leading prayers in the Badshahi Masjid 4 the success of the English team vs RSA.” Taseer summed up his philosophy towards his tweeting best when he said, “My wit is not appreciatd by all. someone agitated ‘no govnr in the universe twitters like u’ I took it as a compliment.”

Click here to post a comment
Zakir Naik: Muslim preacher of hate is let into Britain – by David Leppard
From yom-e-takbir to yom-e-takfir – by Nazir Naji