Here is a tribute to our Ahmadi brothers (and their families) who were mercilessly martyred yesterday (by the Punjabi Taliban / Sipah-e-Sahaba) while offering the Friday prayers in two mosques in Lahore.

This poem was written by renowned Urdu poet Obaidullah Aleem in 1971, and is still relevant today.

Shaheed Zufliqar Ali Bhutto, founder of the Pakistan People’s Party, committed a grave mistake in 1974 by bowing to the Jamaat-e-(Ghair)Islami and other mullah’s pressure when Ahmadis were declared as non-Muslims by Pakistan’s parliament. We demand that the parliament must reverse that tyrannical piece of legislation as well as all other laws resulting in discrimination against Ahmadis and other minorities in Pakistan.

We believe that a state must have no jurisdiction in deciding or confirming the faith of any individual or group. Faith is a matter of personal belief between one and one’s creator. Consistent with Jinnah’s speech in Pakistan’s first constituent assembly (11 August 1947), it is not state’s business to decide upon or interfere with any one’s faith.

Pakistan today has an estimated 4 million Ahmadi population as its peaceful, law abiding citizens. Unfortunately, it is the only state to have officially declared the Ahmadis to be non-Muslims (1974). In 1984, military dictator General Zia-ul-Haq (a disciple of Maududi, founder of Jamaat-e-Islami), issued a series of laws forbidding Ahmadis to call themselves Muslim or to “pose as Muslims.” As a result, Ahmadis were disallowed to profess the Islamic creed publicly or call their places of worship mosques.

Ahmadis in Pakistan are also barred by law from worshipping in non-Ahmadi mosques or public prayer rooms, performing the Muslim call to prayer, using the traditional Islamic greeting in public, publicly quoting from the Quran, preaching in public, seeking converts, or producing, publishing, and disseminating their religious materials. These acts are punishable by imprisonment of up to three years.

What we witnessed yesterday (i.e., the Ahmadi massacre in two mosques) in Lahore is only a tiny tip of an iceberg. Deep inside several segments of Pakistani society, including its semi-educated urban class, bureaucracy, media, army, judiciary, politicians, schools, colleges and universities, is a deep hatred for ‘the other’, particularly for the others belonging to religious and ethnic minorities.

Once again, we are condemned to recite: 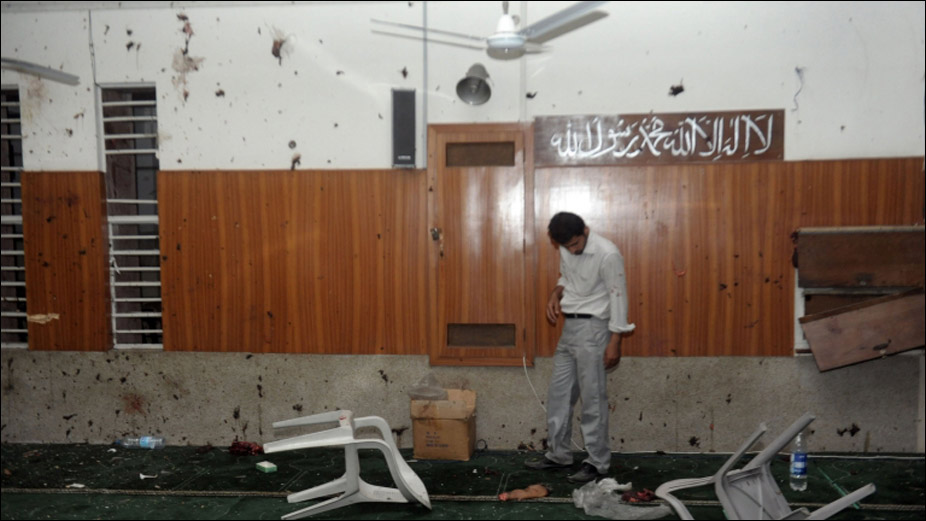 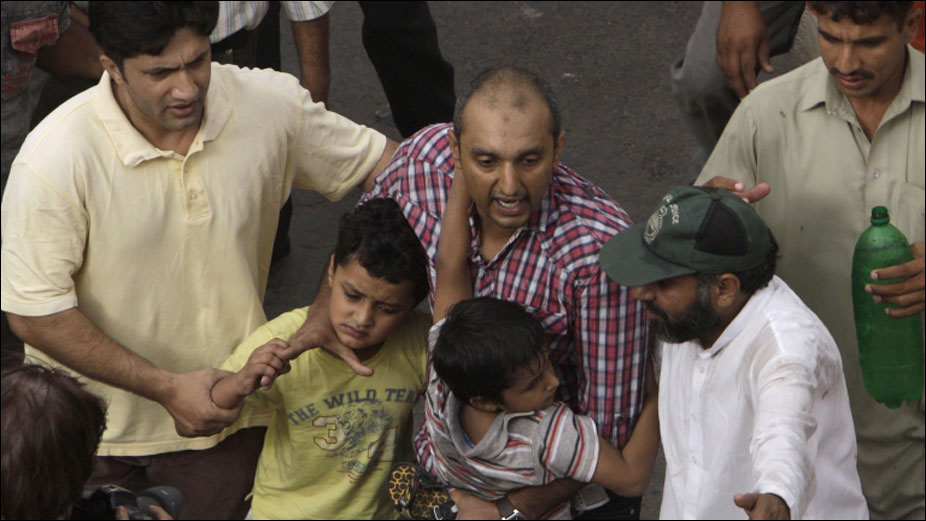 Click here to post a comment
Blood knows no religion – by H.A. Khan
Wajibulqatl Ahmedis killed in Lahore, what is the fuss about? – by Saad Mansoor