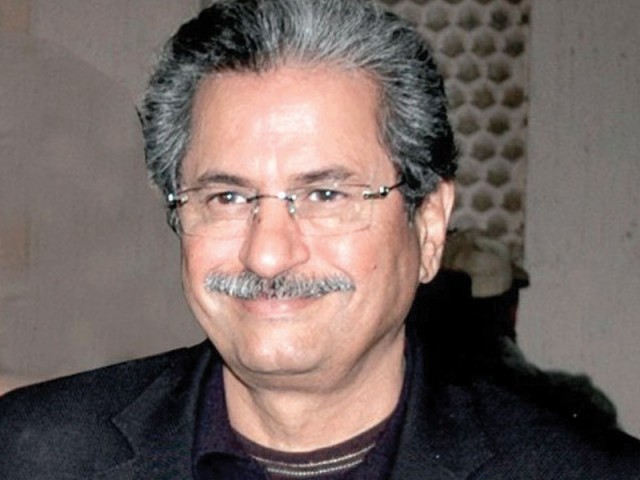 The drone attacks in the tribal areas have picked up since the Faisal Shahzad episode, as has the rhetoric from the United States. Attorney General Holder found a Pakistani Taliban link and Secretary of State Hillary Clinton talked of severe consequences had the attack materialised.

These statements were tempered by the US military that, playing the good cop, praised Pakistan for its vital role in the Afghan conflict. Ambassador Holbrooke also tried to fudge the issue by suggesting that Clinton’s statement had been misinterpreted.

Whatever the real nature of the signals emanating from the US, one thing is clear. The botched Times Square bombing have reinforced negative perceptions in the West about Pakistan. Coming on the heels of the media hype in India after Ajmal Kasab’s conviction, it puts not just a few criminals but the entire country in the dock.

Those in Pakistan always looking for a conspiracy are having a field day. Their prognosis is that ground is being prepared for an invasion. These dire predictions have been reinforced by veiled suggestions from the US that American ground forces may indeed penetrate into this country.

While this seems unlikely, the propaganda unleashed against Pakistan is a cause for alarm. Recent history of Western incursions into Afghanistan and Iraq indicates that negative reports about these countries were used as a basis to seek UN Security Council resolutions to justify an invasion.

In this day and age, international approval for an invasion by a super power is necessary. This is facilitated if there is enough negative material to paint the target country black. Or, even better, if there is a report by a recognised international body that has prima facie authenticity.

It is in this context that the report by the UN Commission on Benazir Bhutto’s murder becomes relevant to Pakistan’s current predicament. It accuses Pakistani state organs, or elements within, of having links with the Taliban and Al Qaeda. It suggests they were used by the Pakistani “Establishment” for assisting insurgency in Indian-held Kashmir. And it alleges a connection between organisations involved in cross border terrorism and Pakistani intelligence.

Though the Commission’s terms of reference were narrowly defined–to determine facts and circumstances of the assassination–it chose to go far beyond that. In a style reminiscent of investigative journalism, it went into Pakistan’s history, its political culture, the role of the establishment, and drew conclusions without substantiating anything. It did not indicate who was interviewed, what method of inquiry it had devised for itself and why it came to certain determinations.

These were serious lapses, as pointed out by leading lawyer Ahmer Bilal Sufi in a TV interview with Talat Hussain. The Commission was akin to a court of inquiry and its conclusions amounted to a judgement. Anything that it said had to be substantiated and backed by testimony. It did not have the luxury of vague hypothesis or veiled allusions.

It is important to remember that it is one thing for charges to fly to and fro in Pakistan about the establishment. Ever since the military became involved in politics, this has become an essential part of the Pakistani political lexicon.

But this report of the UN Commission is not for the Pakistani government or a part of the Pakistani political give-and-take. It has been submitted to the UN secretary general and is part of the Security Council archives. Any determinations that it has made can and will be used against Pakistan if and when the time is ripe. It may not be now, because the US needs Pakistan. But this could change.

It would also be important to remember that before the US invasion of Iraq a team of UN inspectors had been sent in to find out whether the country had an active nuclear programme. Their report was to be used for a Security Council resolution that would authorise an invasion. In the end, it did not come to that because the Inspectors were expelled by Iraq. But this in itself became a pretext.

Thus, UN reports are not some run-of-the mill documents. They are like a ticking bomb that can explode when the time is ripe. It is for this reason that the conclusions drawn by the Commission are so potentially damaging for Pakistan.

It first defines the establishment as the military high command and the intelligence agencies, plus leaders of some political parties, top bureaucrats and business people. In other words, the entire slice of the Pakistani ruling elite. It then accuses it of a variety of crimes.

In the case of Benazir Bhutto murder, it says: “Many sources interviewed by the Commission believe that the Establishment was threatened by the possibility of Ms Bhutto’s return to high public office and that it was involved in or bears some responsibility for her assassination.”

Talking about the Taliban connection, it says that “these elements (within the military) included, in particular, those who retain links with radical Islamists, especially the militant jihadi and Taliban groups and are sympathetic to their cause, or view them as strategic assets for asserting Pakistan’s role in the region.”

And on cross-border terrorist organisations: “The Pakistani military and ISI also used and supported some of these groups (Punjab-based jihadi organisations) in the Kashmir insurgency after 1989. The bulk of the anti-Indian activity was and still remains the work of groups such as Lashkar-e-Taiba, which has close ties with the ISI.” This last assertion is damning in the context of the Mumbai massacre.

No concrete evidence has, of course, been adduced to support these conclusions. These assertions are the normal stuff of hearsay that is prevalent in the media. but not enough for a UN commission report. As A G Noorani has observed in his article for the Frontline magazine in India, “the issue is not whether the assessments, the conjectures, ‘the hypotheses,’ and the homilies are sound or not. The issue is starkly simple. Such passages do not belong to the report of a UN inquiry, let alone one on a murder.”

I will not go into the reasons why Mr Zardari was insistent on a UN Commission to investigate the assassination. Whether this was done deliberately to malign the military or not is a topic for another discussion. What concerns me is the time bomb ticking in UN Security Council archives. Are we going to let it remain there without a challenge?

There is only one answer. We cannot. The government has to write a strongly worded rejoinder to the conclusions drawn by the Commission regarding Pakistani state institutions. Whether any reply is received or not, whether the report is amended or not, we must place on record our objections. This is the only way to protect Pakistan’s national interest.

If this is not done, the government will be complicit in jeopardising Pakistan’s future.

Click here to post a comment
The power of the Friday sermon and the house-cleaning of Imams – by Dr Mahjabeen Islam
Dangerous diagnosis; clear signs of exhaustion – by Ayaz Amir