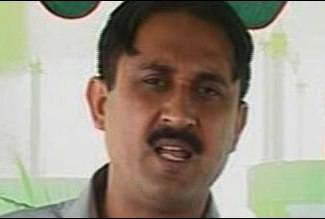 Seeing Kamran Khan’s program of May 11, 2010 and Jang of May 12, 2010, one can see a clear bias in the wordings of headlines as well as reporting. The news items are titled as:

The headlines mentioned from 1 to 4 appeared on the front page of Jang and number 5 on the back page of my favorite newspaper.

Let us look at some points before we discuss the reports:

Now coming to the legal aspects, I personally do not see why Jamshed Dasti cannot contest an election. Currently there is no requirement of being a graduate and most importantly, he resigned from his seat and was not dismissed by the Supreme Court. Had there been a condition then the PML-N supported candidate, Nawabzada Iftikhar and Ghulam Mustafa Khar would have gotten him disqualified at the screening process with the Returning Officer and the Election Commission.

As far as Jang group is concerned, I want to ask them, what exactly do they want right now. Is it to introduce good governance in the country or is it just to embarrass the government? PPP will stand most embarrassed if it loses the election on 15th May. Jang Group will keep harping the same tone of “jaali degree”, “aaieen kee dhajjiyan”, “aham shakhseeyat” etc, hoping to emulate their performance against Shaikh Rasheed, however, the PPP has to win the election to shut them up. The only person I see having gained from all this is Jamshed Dasti who will become even more aggressive against the media and the courts, if he wins on 15th May.

Click here to post a comment
Morality or political winning: Which one is more significant? – by Nadeem Khan
Three years of 12th May massacre: Still CJ is sleeping – by Farhad Jarral